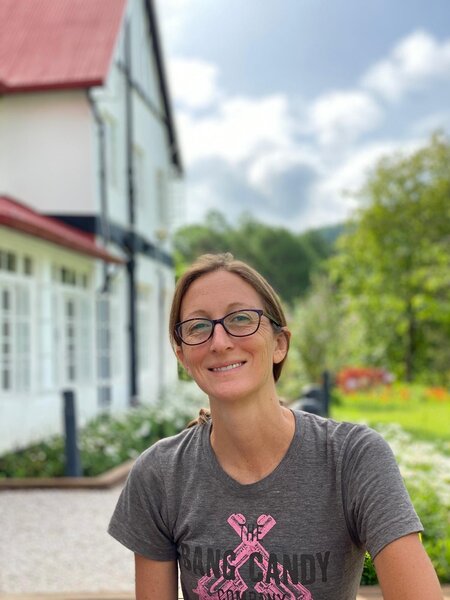 I grew up on the east coast of the US . Shortly after completing my master's degree in Greeley, Colorado, I moved to London and, from there, continued to Southeast Asia where I spent 17 years working in the travel industry.
I'm excited to be back in Colorado as part of the kimkim team. As a Destination Development Manager, I'll be working closely with our specialists in Asia to ensure all of our trips exceed expectations!

"The travel bug bit me at an early age! My great-aunt was an adventurous globetrotter and her travel tales and photos captivated me. Many years later, after my own journeys through Asia, Europe and Central America, I was hired as a tour leader in Southeast Asia. Since that time, I have worn many hats in the tourism industry- researching new destinations, marketing, managing a cycling company and, most recently, co-founding a Myanmar travel agency."

"I have so many wonderful travel memories but one that stands out was from a trip to Uzbekistan and Tajikistan in the early 2000s. The trip started towards the end of Ramadan and we expected some things to be closed or not operating. However, we were in a bit of shock when we crossed the border between the two countries. The immigration process was smooth but slow, especially considering we were the only two people there. But when we exited Tajik immigration we were greeted by ... nothing! There was not a car, bus, van, camel, any sort of transport in sight. And the nearest town was more than 30 miles away. This was before the days of traveling with cell phones so we decided to wait. Finally, an old Lada car appeared in the distance, slowly bouncing its way toward the border and we managed to convince the driver to take us into town. The engine stalled out at least 7 or 8 times on the journey, each time resulting in the driver pulling over, opening the hood, and slamming it back down. Eventually, we made it to town, had a shower and a cold beer and laughed about the day's adventures. Despite the hiccups, it was a brilliant introduction to the country and a good reminder of the value of patience (and a sense of humor) when traveling!"