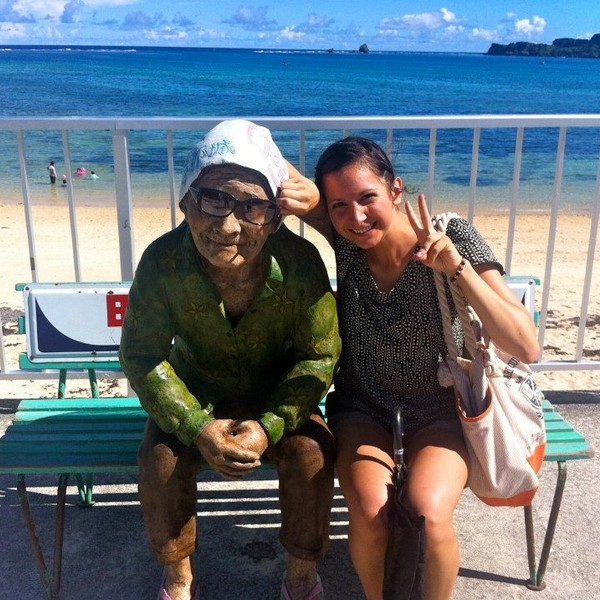 Originally from Colorado USA, Halley has recently returned home to our Boulder office after working in our Nagoya office in Japan since 2014.

In her free time, Halley is a lifelong lover of dance and yoga, practising ballet, flamenco, traditional Japanese nihonbu-yo and zumba. She has also been studying Japanese sign language for seven years, and was a vegetarian until she came to Japan - where the meat was too delicious to resist!

Halley's advice to Japan travellers is this: don't sweat the small stuff, and don't jam your days too full. Japan is kindest to those with open minds and open schedules. It's also the weirdest country you'll ever go to - you can never understand until you get here, so you'd better come and see for yourself!

"Halley has been through many phases of Japan love. She describes her high school self as a "huge otaku" (otaku being the Japanese word for geek), thanks to the influence of her older brother. Cosplay, conventions - you name it, she did it!

Later, when she began studying Japanese, she moved on to J-dramas and Japanese food instead. Next, as a student in Osaka, she graduated to everything J-culture - music, weird themed restaurants, Lolita fashion and everything in between. Finally, when she was posted to a remote mountain town on the JET English teaching scheme, she fell in love with idyllic Japanese country life - from rice planting to local festivals.

She now loves sharing this passion for Japan with all travelers!
"

"A visit to Yakushima

"Yakushima is a lush island covered in primeval rainforest, accessible by hydrofoil ferry from Kagoshima city. It's famous both as a breeding ground for Loggerhead and Green turtles, and as the inspiration for Hayao Miyazaki's animated classic Princess Mononoke.

"When I visited, I only had one night to stay on the island and it rained for the whole first day I was there. On the second day I woke up at 5am and headed to Yakusugi Park, only to find that it wasn't 'open' yet! I wasn't about to leave without seeing the Princess Mononoke spot I had dreamed of, and as I had a flight to catch I snuck through the gate and sprinted up there.

"The sun was still low in the sky and everything just stopped - I heard a rustling and there was a family of deer right there watching me! I only had about ten minutes to enjoy it before I had to sprint down the mountain for my flight, but it was unforgettable!""

Halley is part of the following groups: Japan Travel Agents