100% satisfaction guaranteed
Canada beyond the wilderness.
Canada is a massive nation, stretching from the U.S. border to the Arctic Circle, the Pacific to the Atlantic, and is sparsely populated for its size (only about 37 million people live here). It’s also home to more diverse terrain and attractions than many travelers are aware. Mountainous national parks with world-class skiing and trekking neighbor cosmopolitan cities like Vancouver and Toronto, each a distinct cultural melting pot.

When is the best time to visit?
July-August is peak tourist season across the nation, with most travelers coming to enjoy the pleasant weather in Canada’s cities and national parks. Winter lasts from December to March (with frigid January being the coldest month) and is the best time for sports like skiing and snowboarding, snowmobiling, and even dog-sledding. Late April through June is a nice shoulder season, offering good weather with fewer tourists to contend with.

Where should you go?
For the great outdoors, visit Canada’s world-renowned national parks. Jasper, located in western British Columbia, is the largest, great for whitewater rafting and canyon hiking. Banff, in Alberta, offers some of the best ski conditions in the winter. Prince Edward Island, off Canada's east coast, is a tranquil retreat featuring green hills, red sandstone cliffs, long beaches, and fluffy white harp seals.

Then there are the cities. Montreal has a thriving culinary scene, Vancouver offers great beaches and skiing, historic Quebec City is a UNESCO World Heritage Site filled with 17th- and 18th-century buildings. And this is just the start—from the Yukon Territory to Nova Scotia, you never need to stop exploring Canada.

How many days do you need?
It all comes down to how much free time you have. You could spend the entire winter season on the ski slopes, or take the summer to raft and hike through those same mountains. Travelers with less than two weeks should stick to one region—or at least one coast. For example, you could enjoy the highlights of the east coast—Montreal, Quebec City, Prince Edward Island, and Niagara Falls—while a west coast trip could include beautiful Vancouver and Alberta's famed Banff National Park.

North America's Golden Circle route offers some of the continent's grandest scenery and best wildlife, with opportunities for viewing the Midnight Sun or Aurora Borealis depending on the time of year. With this 5-day adventure tour, you'll travel between Alaska and the Yukon encountering White Pass and Chilkat Pass (and their villages), which were used during the Klondike Gold Rush. You'll also reach Haines by ferry and continue to the edges of Kluane National Park, boasting Canada’s highest peak. 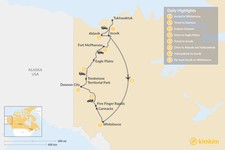 Explore some of most remote corners of Canada with this exhilarating 8-day itinerary around the Yukon and Northwest Territories. Travel overland from the Pacific to the Arctic on scenic highways through the mountains, and along ancient roads made of ice. Meet the First Nations people who call this icy wonderland home, and make sure to keep an eye out for the Northern Lights! 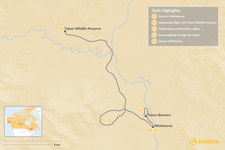 Take a trip to the far north and experience five days of snowy adventures in a winter wonderland. From snowmobiling to dogsledding to a sightseeing flight above the frozen landscape, you'll explore everything the Arctic has to offer. Stop and see wildlife up-close at the Yukon Wildlife Preserve before relaxing with a luxurious soak in the Takhini Hot Springs.

The Aurora Borealis (Northern Lights) takes center stage on this 4-day winter jaunt in northwest Canada. Based in the Yukon's capital of Whitehorse, you’ll spend each evening at an idyllic location called the AuroraCentre for relaxed viewing beside a cozy wood stove or roaring campfire. Meanwhile, daylight hours are free for winter sports and hot springs, not to mention shopping and dining in a slow-paced city surrounded by untouched nature.

Discover scenic Whitehorse, endless mountains, and a winter wonderland on this tour of the frozen north. Spend your days viewing Arctic animals in a wildlife preserve, soaking in hot springs, and exploring the mountainous landscape by dogsled. In the evenings, head just outside of town for clear skies and a stunning view of the Northern Lights from the comfort of a roaring campfire.

This guided tour explores Canada's spectacular far north during optimal daylight hours for a unique summertime adventure with few crowds. In less than a week, you'll partake in hiking, canoeing, wildlife viewing, as well as hot springs and a seaplane ride for aerial views of the country's highest peaks. Base yourself in the walkable city of Whitehorse for restaurants, microbreweries, and Gold Rush history. 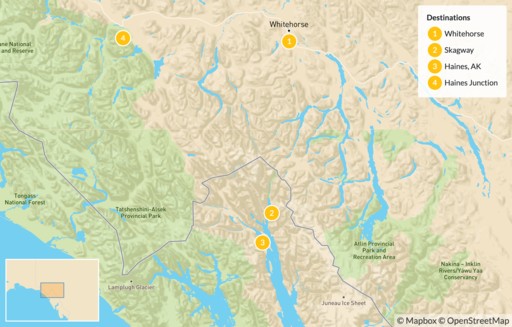 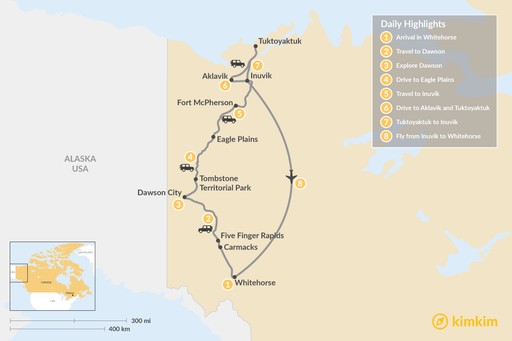 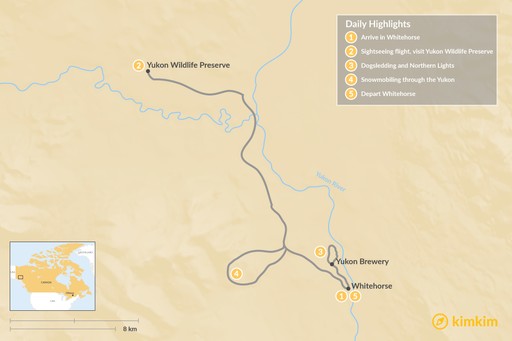 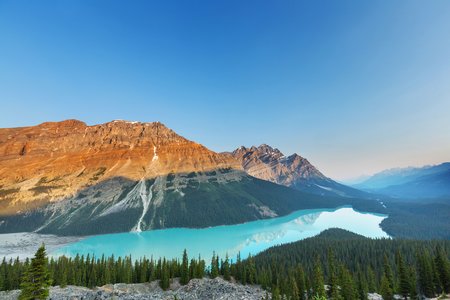 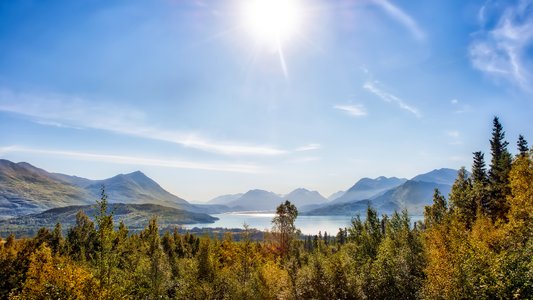 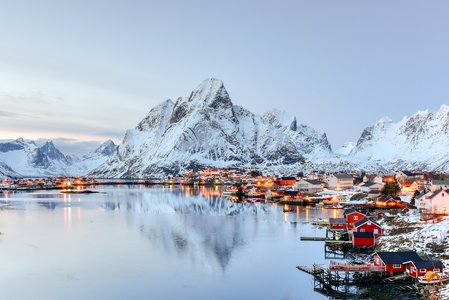 Create your custom-made trip to Canada
Get Started