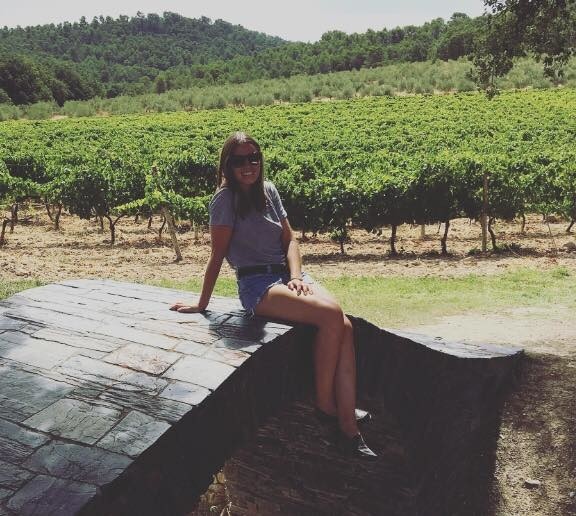 Originally from England, I moved to France when I was very young. I’ve been used to traveling with my family since my young age and I easily adapted to my French frog life (the weather did help…). Passionate about travel, art, fashion and gastronomy, I couldn’t have found a better country to live in. However, loving my country hasn’t stopped me from going abroad and discovering different landscapes and cultures! Traveling is the best school ever and I’m driven to share outstanding areas to our guests.

"There are many extraordinary destinations to visit in France but Paris-Toujours has selected certain areas where we believe our guests can really get the best of France. We commonly sell itineraries to Paris, the heart of our activity but also trips to Provence (Avignon, Gordes, St Rémy…) and in the Loire Valley, famous for its Renaissance castles.
Paris-Toujours offers a large range of activities from food and wine tours in secret places to original ways of visiting classic monuments like Le Louvre or the Opéra Garnier. Down south we specialize in market tours and cooking classes. Cooking what you got from the market is always a great feeling.
We also provide lovely boutique hotels and charming b&b’s so that you can get as much rest as possible to be in grand form the following day."

"During my tourism studies I got to know Laurence, the owner of Paris-Toujours agency who shares my vision and who is also very savvy about authentic things to do in France. After a 5 months internship as a project manager and previous work experiences in the traveling industry I knew I wanted to work in this domain. "

"Taking the car last summer during a hot summers week and driving from Ouest (Poitiers) to the Est of France (Annecy). Annecy is great for hiking through the mountains and swimming in the lac. It is filled with charming colourful streets, markets and lovely restaurants. I then drove down south through amazing villages like Gordes, Avignon, Saint Rémy, Aix-en-Provence, Chateauneuf-du-Pape and Cassis where I jumped off cliffs into the translucid water. Experiencing over 1000 km of outstanding landscapes, mouth-watering smells and walking through cobbled-path streets while tasting fresh local products at different markets is a journey I will never forget!"

Manon is part of the following groups: France Travel Agents

Find some of your new favorite spots with five days in western France. Stroll through the streets of Le Marais, ascend the Eiffel Tower, and experience the fabulous wine and food scene in Bordeaux to leave you feeling relaxed and refined.

Savor six days amidst scenic and savory sights on this itinerary. You'll take in the beauty of Paris and the Bordeaux region while also ingesting the products of the local cheesemakers, artisan markets, and renowned vineyards to satisfy all of your senses.

Spend a full week savoring the food and wine of France on this itinerary. Sit in the sidewalk cafes and stroll the markets of  Paris before you catch the train to Bordeaux, where you'll cruise through historic towns and vineyards that date back hundreds of years.

Enjoy eight days of epicurean indulgences against the backdrop of two of  France's most famous cities. In Paris, you'll hear from cheese masters, market vendors, and expert cooks as they impart their wisdom to you. Then travel on to Bordeaux to sample the region's famous food and wine amid historic architecture.

A French lunch break can be up to two hours long, but you get nine full days to sample the country's food and wine on this itinerary. Visit the artsy alleys and markets of Le Marais and Montmartre, then travel to the Loire Valley and Bordeaux to tour the vineyards that made French wine famous.

There are enough French cheeses that you could eat a different one every day for a year. This itinerary only takes you as far as 10 days, so you'll have to eat a little faster than that. Start by consulting a cheesemaker in Le Marais, then ascend the Eiffel Tower to see Paris from the sky. You'll then head to the castles of the Loire Valley, followed by three nights in Bordeaux to sample vintages dating back centuries.