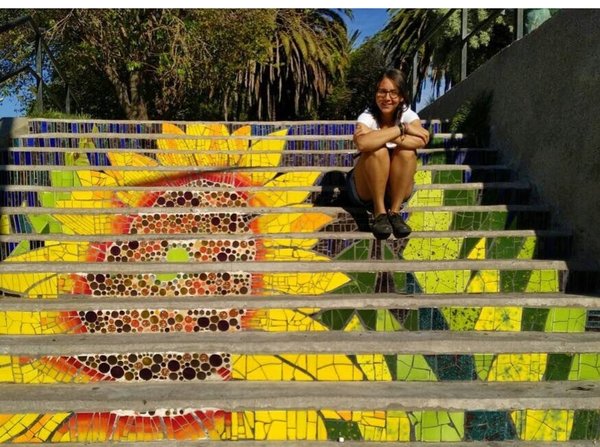 I am from Italy, happily living in Chile after years of living and traveling in South East Asia. The beauty of Chile stands on the wonderful places stretched all over this country, the heartwarming people, its colors and flavors. I definitely fell in love with Chile.

"I very much tend to make true the traveler's dream of his trip to Chile. I offer my expertise to make the best custom made travel plan, from North to South."

"I have always enjoyed traveling a lot. Traveling fulfills your dream and thirst for knowledge. You get to know new people, new countries, you get to enjoy new adventures and experiences."

"I had the greatest time of my life in the South of Chile. The landscapes and the people made my travel experience unforgettable."

Serena is part of the following groups: Chile Travel Agents

Few other places in the world can compete with the wild, jagged mountains, incredible glaciers, and enormous panoramas of Patagonia. On this ultimate 13-day adventure, enjoy the best of the region. Following a quick tour of Santiago and a day along the coast, fly to Chilean Patagonia. Embark on the famed W Trek, a four-day hike that covers the furthest reaches of Torres del Paine National Park. Then, bus over to Argentinian Patagonia to view Perito Moreno Glacier and iconic Mount Fitz Roy.

Enjoy a cultural adventure through Chile on this nine-day vacation. Start in Santiago to tour the landmarks and markets, and take advantage of the burgeoning restaurant scene. Then, venture to Easter Island to explore the history and moai of the ancient Polynesian destination. Next, return to Santiago, and venture out on day trips to Viña del Mar and Valparaiso, as well as the Casablanca Valley—for a grand finale of wine tasting.

This eight-day Chilean adventure begins in the capital, Santiago. Explore the city and surrounding region, including the neighboring cities of Viña del Mar and Valparaíso. Next, hop a flight to Easter Island. This Chilean territory, formed of volcanic rock, is 2.5-million years old. As you tour this ancient, Polynesian destination, explore the many moai figures, along with beaches, volcanoes, and significant archaeological sites.

If you have two weeks in Chile, you can visit a range of diverse landscapes or focus your energy on one region, like Patagonia. Explore the natural wonders of Chile, from the Atacama Desert to the glaciers of Torres del Paine National Park, take a boat tour through the Marble Caves, taste wines made at coastal wineries, and wander through the colorful streets of Valparaíso on these four unique itineraries.

Just because you only have five days in Chile doesn't mean you have to limit yourself to one destination. Pair your visit to Santiago with an active adventure in the Lake District or the Atacama Desert, a gourmet excursion to Chilean wine regions, a side trip to the colorful port city of Valparaiso, even a side trip to Easter Island. Find out how with these five unique itineraries.