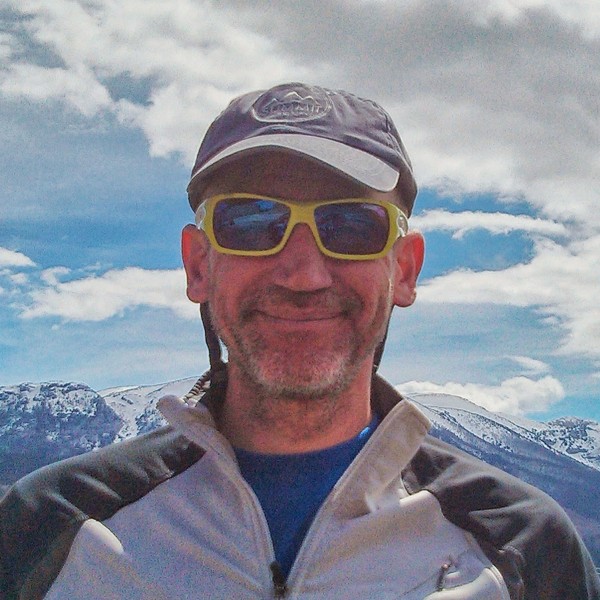 I am a "flying dutchman" by birth and by experience, and have travelled and lived abroad for as long as I can remember. As a child I felt at home wherever I lived, picking up languages and customs as a way of feeling part of the place and community I lived in.

Forty years later, and I'm sure my travels have made me the person who I am. Respect, curiosity, sharing , understanding and connecting to the people and their communities are the main driving forces in my day to day activities and life. I follow my heart and it has taken me deep into the Western Balkans. This is now my home.

"I specialize in developing and running responsible walking and cycling trips along the Via Dinarica, a 2,000km trail and cultural corridor connecting eight countries in the Western Balkans. Slovenia. Croatia. Bosnia and Herzegovina. Montenegro. Serbia. Kosovo. Albania and Macedonia."

"I came to the Balkans during the fall of Yugoslavia, and decided to stay. Help those fleeing the war, and later assist in rebuilding that which years of conflict had destroyed. Immediately from the start, it became clear to me that the Balkans were a special place, both in terms of it's people, cultural and natural heritage. I started to explore, and connect with the people here in Bosnia and Herzegovina and the region. I hiked to isolated villages, camped in deep canyons, explored the mountain on skis, and drank copious amounts of coffee and rakija with many in the region. And every time I resurfaced, I told stories of my trips to friends and colleagues in Sarajevo. It was then that I realised that there was a wonderful and positive story of the Balkans to be told, and that travel could be a vehicle to telling that story. I made my first plans in 1998, after an arduous two day tour skiing trip on the Olympic mountains of Bjelasnica and to Bosnia's highest village Lukomir. It was cold and I had arrived unannounced. What I experienced then I now compare to the colorful handwoven woolen blankets found here in Bosnia.... at first they seem rough next to your skin but soon their presence warms any traveller's soul. It was finally time to start telling the story and protect these lands and it's people."

"Oh my, so many thoughts and experiences come to my mind, but the one that perhaps stands out the most was a weekend in the autumn in 2010 when I was part of a small team of enthusiasts marking the trails in Sutjeska National Park and the one's to the top of Maglic, Bosnia's highest peak. Maglic had for one reason or another evaded me, and after over 15 years walking in the region I had still not climbed this to me illusive peak. Now here was an opportunity to not only to achieve my goal, but it was also the first time anyone managed to connect Sutjeska National Park in Bosnia and Herzegovina with Durmitor National Park in Montenegro. This was in 2010 and until that time no cross border trail officially existed in the region. My climb to Maglic ended that and kicked off what would become the Via Dinarica, a wonderful long distance trail reconnecting naturally eight countries in the Western Balkans. "

Thierry is part of the following groups: Bosnia and Herzegovina Travel Agents

Discover Bosnia and Herzegovina, a unique crossroad of ancient civilizations with a mixture of both Western and Eastern influences. Start your trip in the capital of Sarajevo, with a guided walking tour of its historic center, followed by a hike to the Highland Villages in the Bjelašnica Mountains, including Gradina and Umoljani with views of the Rakitnica Canyon. End your tour in the 15th-century city of Mostar and the neighboring settlement of Blagaj, where you'll enjoy exploring Buna Spring and its neighboring Ottoman house and monastery.

This historical and cultural tour will take you on a journey through the centuries as you traverse Bosnia and Herzegovina, a gem of the Balkans. Explore the capital, Sarajevo, and its enchanting cuisine and culture, learn about the history of the medieval city of Mostar and its famous Ottoman Bridge, take in the views and wildlife of the Sutjeska National Park, and more on this eight-day itinerary.

Embark on a historical and cultural journey through Bosnia, the gem of the Balkans, as you take in a variety of natural wonders, archaeological ruins and cultural traditions. Walk across the famous bridge of Mostar, stand under the ancient trees of the Perućica old-growth forest, try local delicacies in Sarajevo, and more in this ten-day itinerary.

Walk into the past and experience a day in the life of a Bosnian villager. This one-day trip offers unique insights on the rhythms of daily pastoral life in one of the country's most historic and isolated regions.

Often called the "Yosemite of Southeastern Europe" for its dense forests and rugged mountains, Sutjeska National Park's natural and historical significance has made it one of Bosnia's most iconic destinations. Explore the park and revel in its majestic landscapes on this day-long tour that suits hikers of all levels.

Pedal your way through the Dinaric Alps - the natural border between the cute coastal towns of the Adriatic and the highland trading cities along the Ottoman caravan routes to Istanbul. Expect challenging rides, off-the-beaten-track gems, and plenty of gorgeous photo ops along the way.

Communication overall was very good. It was easy to have contact with Thierry and also with our guide, who was a good translator between us (the group) and the hosts where we stayed. We were happy with Benjamin, he was a good guide who took time with the group, he took care of us and he was very adaptive. He learned us a lot while walking and had some good stories. Unfortunately we weren't able to climb the Maglic Mountain because one of the girls didn't have 'high' hiking shoes because she... read more

Communication overall was very good. It was easy to have contact with Thierry and also with our guide, who was a good translator between us (the group) and the hosts where we stayed. We were happy with Benjamin, he was a good guide who took time with the group, he took care of us and he was very adaptive. He learned us a lot while walking and had some good stories. Unfortunately we weren't able to climb the Maglic Mountain because one of the girls didn't have 'high' hiking shoes because she didn't knew this was a pre, so maybe it's good to notice this when people are booking. The rafting was good for the diversity in the week. Overall: very happy with Kimkim and would book again here. No further recommendations and thanks for all.