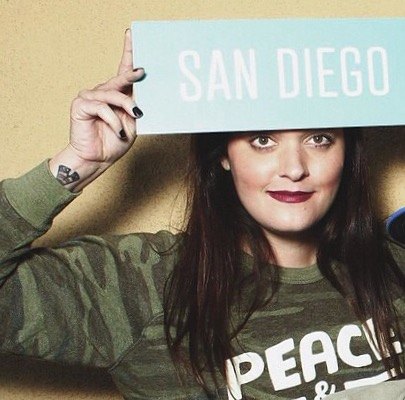 Beth Demmon is a San Diego-based freelance writer and journalist whose work has appeared in the pages of publications such as San Diego CityBeat and RVA Magazine, as well as online for Hipcamp, Travelocity, Expedia Australia, VinePair, and many more. Her love of craft beer and food is well documented on her Instagram @thedelightedbite, but her other passions include traveling as often as possible and exploring everything the world culinary scene has to offer. Her favorite destination to date is Japan and her shortlist of future destinations include Germany, Spain, New Zealand, and Vietnam.

"As a San Diegan for nearly a decade, I'm very familiar with nearby Baja California, especially culinary- and drinks-based tours such as exploring the Valle de Guadalupe wine country. I've also nurtured a love for all things Japanese for my entire life and put together a marvelous 16-day itinerary that took me through Tokyo, Kyoto, Nara, Osaka, Miyajima, Hiroshima, and even the "Bunny Island" of Okunoshima. I've also independently toured several European cities such as Florence, Paris, Milan, Rome, and London. My passions include food and drink packages and excursions through unique destinations such as bicycling through Jamaica's Blue Mountain coffee farms."

"I took my first plane ride at six months old when my parents moved from Southern California to a Northern Virginia suburb of Washington, D.C. Since the remainder of my extended family was still located on the West Coast, I grew up traveling across the United States at least once or twice a year (with a few transcontinental drives for good measure). My first international trip was a hop over the border to Mexico when I was around three years old, but since then I've traveled extensively across Europe, North/South/Central America, and Asia. I hope to one day exceed my grandparents' travels -- they've been to nearly a hundred countries and visited their final continent of Antartica a few years ago. They still haven't slowed down!"

"When I was 15, I got a call from a popular clothing company informing me that I'd won their sweepstakes for an all-expenses paid trip to Oahu to watch the 2000 Pipe Masters surf competition. Needless to say, for a California-born, East Coast-raised teenager, this was the trip of a lifetime! Between horseback rides on the beach at sunset and watching some of the best surfers in the world compete -- all carefully curated by local experts -- I know that I can never top that unforgettable experience."