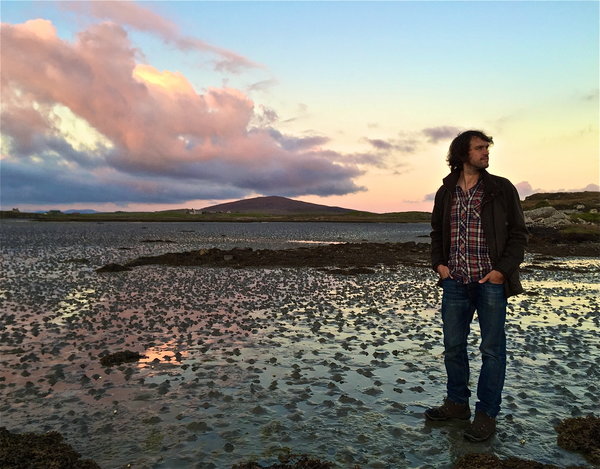 With my travels, I see myself as trying to emulate the explorers of old: it was reading the accounts of individuals like Sir Francis Drake or Alejandro Humboldt as a teenager that inspired me to want to travel in the first place. Fast forward a couple of decades and I am a travel writer specialising in the South American wilderness (the Andes and Amazon Basin primarily).

My travel writing has appeared in the Independent, Telegraph, GeoSaison, BBC Travel, Lonely Planet, Rough Guides, Avalon Travel Publishing, Insight Guides and many others. My debut novel, Roebuck, is set in the South American jungle during the 1590s, and follows the misadventures of real-life gentleman explorer Anthony Knivet.

"I always dreamed up travels as a child, tracing imaginary routes on atlases. As soon as I finished university, I headed off to Canada and spent the following 18 months travelling from there overland down through the Americas to Tierra del Fuego. Afterwards, I started writing about it: initially for local newspapers, then for Lonely Planet, and finally for other publications from BBC Travel through to the Telegraph, the Independent and national newspapers/ leading travel publications everywhere from the US to Sweden and Germany."

"The first time I ever took the bus in the Andes from Ayacucho to Huancayo, I didn't realise the main highway was a track barely wider than the width of a truck that followed the rim of a very sheer valley. After several hours of heart-in-mouth moments, we reached the half-way point where the villagers had just decided to close the road because they wanted to have a fiesta. We were left with no choice but to get off the bus and join in for the next six hours or so. The locals had rarely set eyes on any foreigners before, and we were given seats of honour alongside the mayor!"

Christmas might be around the corner (along with several other interesting festivals) but the weather in Bolivia this month is surprisingly good. In fact, of all the low season months from November through March, December is arguably best for a visit, with lower rainfall, higher temperatures, and more overall sun. And if the rain does come down, Bolivia has a phenomenal culture to tap into, which can usually be done indoors: at one of La Paz's standout museums, for example, or in buoyant cities like Sucre or Tarija.

Summer is swiftly approaching and bringing with it rainy days to much of Bolivia in November, though nothing like what will fall in the coming months. Come now and you'll experience the country at its tranquil best, with few crowds at major sights and milder weather up on the altiplano, where the showers are slowly transforming the parched highlands into a lush carpet of wildflowers.

October is the height of spring in Bolivia. If you want to sidestep the crowds of winter, this is a fantastic time to visit, as there is still plenty of dry, sunny weather everywhere from the depths of the Amazon to the heights of the Andes. Rains are slowly but steadily increasing, so come prepared for the odd downpour. Shoulder-season benefits are many, especially when it comes to scoring deals on tours, outdoor activities, and accommodation. And the drop in visitor numbers is a blessing at big-hitters like the Salar de Uyuni and Lake Titicaca.

The onset of spring in September marks the end of the peak season rush in Bolivia, so in many ways this is a fantastic month to visit, with largely dry days, warm weather and far fewer crowds. As the country edges into the less busy shoulder season, you should be able to snag some deals on tours and accommodation. While rising temperatures have taken the bitter edge off nights on the altiplano, this is the hottest time of year in the Amazon.

It's still peak season in August in Bolivia, with plenty of blue skies and dry days that are ideal for tackling outdoor pursuits all over the country—from hikes in the footsteps of Incas in the Andes to jungle tours by boat in the Amazon. In the latter half of the month, temperatures begin to slowly creep up in the rainforest and the savanna, but it’s still nice and cool on the altiplano. The best digs are snapped up quickly during this popular month.

July is peak season in Bolivia, with warm, bright, largely sunny days, though things can feel cooler up on the altiplano. Such reliable weather makes this a brilliant month to come for outdoor activities, from hiking and mountain biking in the Andes to expeditions into the wildlife-rich Amazon. That said, this is also one of the busiest months, ruling out special deals on accommodation and tours. Plan ahead if you want to visit during this popular time.