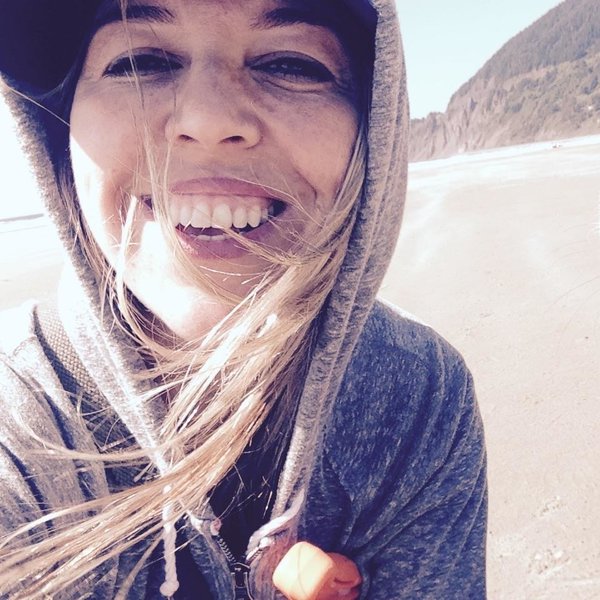 Rachel Cavanaugh is a Portland-based staff commerce writer for Bustle, where she covers travel, fitness, adventure and the outdoors. She writes product reviews, roundups, best-ofs, and other affiliate content for BDG commerce channels including Bustle, Elite Daily, Mic, and Inverse. When not writing for Bustle, she freelances for multiple outlets including Men's Journal, The Hollywood Reporter, MSN, Matador Network, 57 Hours, GearJunkie, YahooTech, Stacker, and others. She's based in the Pacific Northwest and currently lives as a digital nomad, traveling regularly though Latin America, Asia, Europe, and other parts of the world.

Rachel's speciality is adventure and luxury travel, specifically related to skiing, snowboarding, kitesurfing, kayaking, and outdoor trekking. She has been in journalism for 14 years, previously working as an outdoor & tech writer for Digital Trends, digital producer for MSN, and global content writer for Nike. She holds a bachelor's degree from the University of Montana School of Journalism.

"I've been interested in traveling as long as I can remember. When I graduated college, I moved to Costa Rica for three years where I lived and worked for an English-language newspaper. During that time, I was able to explore much of Central America. Since then, I've continued to travel throughout other parts of the world as a journalist, soaking up the people, places, and cultures. "

With its cooler temperatures and bustling energy, December is one of the best times of the year to visit Egypt. The weather is pleasant and special events abound as tourists spill in for the holidays. It's more crowded than usual; however, the extra bodies also bring an exciting, fun-filled atmosphere with crowded markets and vibrant nightlife.

November is one of the best times of year to visit Egypt. It's the beginning of winter and the temperatures cool off dramatically, offering respite from the scorching heat of the summer months. The crowds grow in size this time of year but don't yet hit the peak that arrives in December and January. It's a fantastic month to discover the many treasures of the world's oldest civilization.

By October, temperatures throughout Egypt have finally begun cooling down (although keep in mind that "cool" is a relative term in this part of the world). Daytime highs range from 88 to 100°F, depending on where you are in the country; however, it's not the unbearable heat of the summertime (which hovers constantly in the triple digits). Not only that, the crowd sizes are more moderate, making it an excellent time to explore the ancient ruins or swim in the crystal blue ocean.

September marks the end of the hot summer and the beginning of the transition into cooler weather in Egypt. Temperatures are still warm but no longer sweltering hot, especially toward to middle and end of the month. It's a fantastic time to wander through the ancient ruins in or swim in the turquoise sea, taking advantage of the "best of both worlds" atmosphere.

The summer season in Egypt is a hot time and August is no exception. Daytime temperatures can range 96 to 105°F and the midday heat can at times feel sweltering. That said, it's also a time when very few tourists visit and prices are low, making it an enticing option for certain types of travelers. Although hot, the Pyramids of Giza and other wonders are no less awe-inspiring this time of year.

July is the hottest month of the year in Egypt and for that reason, it 's considered low season. Due to the high temperatures, many tourists avoid booking trips and the crowds thin out substantially. This makes it a great time to visit if you're someone who can tolerate a little extra heat—you'll have much more room at the pyramids and other historical sites, and the costs go down, too. Best of all, there are still plenty of destinations—particularly on the beaches—where temperatures are still pleasant and the evenings cool off considerably.