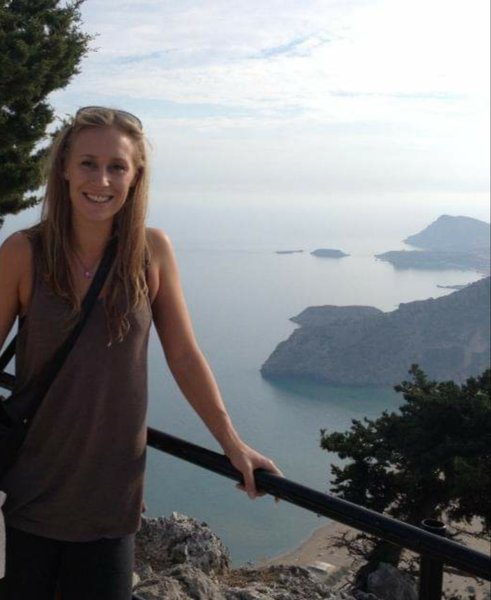 I strongly believe travel is the food for your soul. It opens your mind to endless possibilities and helps to give you a better understanding of the world we live in.
Travel has always been a great passion of mine and I love nothing more than to share my knowledge with others, to enable them to enjoy incredible experiences that stay with them for a lifetime.

"I would say that I love a good story and a good meal, so from that point of view I would say I specialize in historical sites that specifically involve mythology and local cuisine.
The area that I specialize in would have to be the Aegean and its islands as well as the central Athens area, since this has now been my home for 5 years."

"I originate from England, so it's no surprise I sought out a warmer home. I found myself applying to be an overseas travel guide and in my first role I was sent to the Greek island of Samos, it was from there my love affair with travel and Greece started. It was at that moment I knew that travel was what I was destined to do.
I was lucky enough to travel to various islands and different countries helping hundreds and thousands of guests experience the destinations, but I missed my beloved Greece with its culture, cuisine and of course the warm hospitality you receive from the people themselves; So much so that I stayed and have now set up my own home in the capital, Athens. I continue to travel and help others travel, but now from the Country I love."

"One summer I took a small trip on board a small Greek fishing boat out to the Aegean sea were we stopped and caught our own fish and calamari. We then sailed onward to a small alcove with crystal clear waters to swim and snorkel while the captain and his wife cleaned and cooked the fish we had caught that day. It was by far the freshest fish I had ever eaten and the local wine was delicious. The clear blue sea, the freshly caught and cooked fish combined with the hospitality of the captain and his wife provided me with an experience that will stay with me a lifetime."

Rebecca is part of the following groups: Greece Travel Agents

See why Santorini and Mykonos are two of the most popular Greek islands on this itinerary. After an introduction to Athens, you'll sail through these Cycladic spots, visiting glittering beaches, Classical sanctuaries, and stunning views.

In seven days, it’s easy to combine Athens or other mainland sightseeing with one or more Greek isles and experiences. You can wind through the medieval ruins of Rhodes, immerse yourself in the local lifestyle and cuisine of Crete, or be a sybarite as you ferry-hop the Cyclades Islands. Let this diverse collection of 7-day itineraries inspire you.

Spend two weeks exploring Athens and some of the highlights of the Cyclades with this itinerary. You'll start atop the Acropolis before getting down into the streets of Athens for a morning bike tour, then head over to the Cycladic islands of Naxos and Santorini. Lounge on the beaches, sample some highlights of island cuisine, and hike alongside the famous caldera before you return to Athens.

According to some Greek myths, Apollo himself was inspired by the beauty of Zakynthos island. Many years later, the Greek national anthem was also written on the island.  See what you can compose with this week-long itinerary. You'll start and end in Athens, spending four nights on Zakynthos in between to take in the full concert of the island's attractions.

Family Adventures in Athens and the Cyclades - 14 Days

Take two weeks for everyone to see the islands with this family-focused itinerary. After a mythology tour of Athens, you'll ferry out to Mykonos to take in everything from the archaeological site at Delos to a traditional farm dinner. Naxos is up next, with bikes and horses to transport you through its fields and beaches, followed by Santorini, where you'll end your trip with a cruise through the volcanic caldera.

Two weeks is a great length for a Greek vacation. You'll have plenty of time to see multiple islands and historic mainland sites, taking part in cultural or outdoor activities along the way. These itineraries explore the possibilities: get active on some of the Cyclades lesser-known islands, dive into ancient mythology, enjoy a laidback beach holiday, and more.