This is a full-day sightseeing tour that includes visits to two famous UNESCO World Heritage Sites in the Kathmandu Valley. First up is Pashupatinath, located in the east of Kathmandu City, and one of the holiest temples in the Hindu religion. It is dedicated to Lord Shiva, one of the three main gods in Hinduism, as his birthplace. Situated on the banks of the sacred Bagmati River, Pashupatinath is the main cremation site for Hindus in the Kathmandu Valley, with cremation ghats lining the Bagmati River below the temple. It is such an important pilgrimage site that every Hindu should visit it once in their life and there is a constant stream of sadhus coming and going from Nepal and India.

Next on the tour is Boudhanath. Located 8 km (5 miles) east of Kathmandu City, this is one of the largest stupas (Buddhist shrines) in the world. It is built on an octagonal base inset with prayer wheels and near the top are renderings of four pairs of eyes staring in the four cardinal directions, eternally on the lookout for righteous behavior and human prosperity. Built around the 14th century, Boudhanath was supposedly constructed by King Man Deva on the advice of the Goddess Mani Jogini. This shrine is part of the shared history of Nepal and Tibet, with Tibet having ruled the site until the last century. 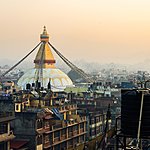 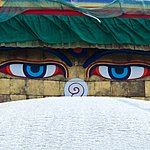 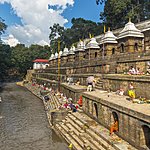 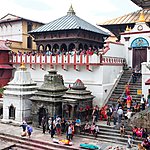 Kimkim has selected the best Nepal travel agents so you'll have a...
Plan your trip to Nepal
Customize your trip with help from a local travel specialist
Plan Your Trip