Patan is one of the three major ancient cities of the Kathmandu Valley (Bhaktapur and Kathmandu being the other two). Located on the banks of the Saraswati River (which is regarded as sacred by Hindus), it was founded all the way back in 745 AD. Not only is it home to ancient architectural marvels like ancient temples and Buddhist monasteries but it boasts a wealth of cultural traditions that have been passed down over the centuries, one of which is artisan handcrafts.

This craft-focused walking tour of Patan takes visitors to the workshops of wood carvers, metal workers, and painters to learn about traditions that are not only surviving in twenty-first century Nepal but actually flourishing. Part of the tour includes a visit to the superb Patan Museum, which is housed in a wing of the renovated palace on Patan Durbar Square. The museum's collection houses numerous sacred artifacts and informative displays on Nepali art and architecture. 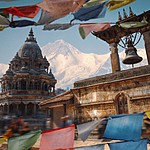 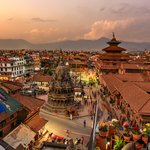 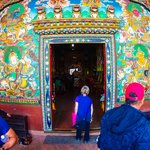 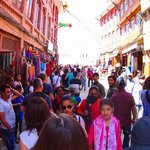