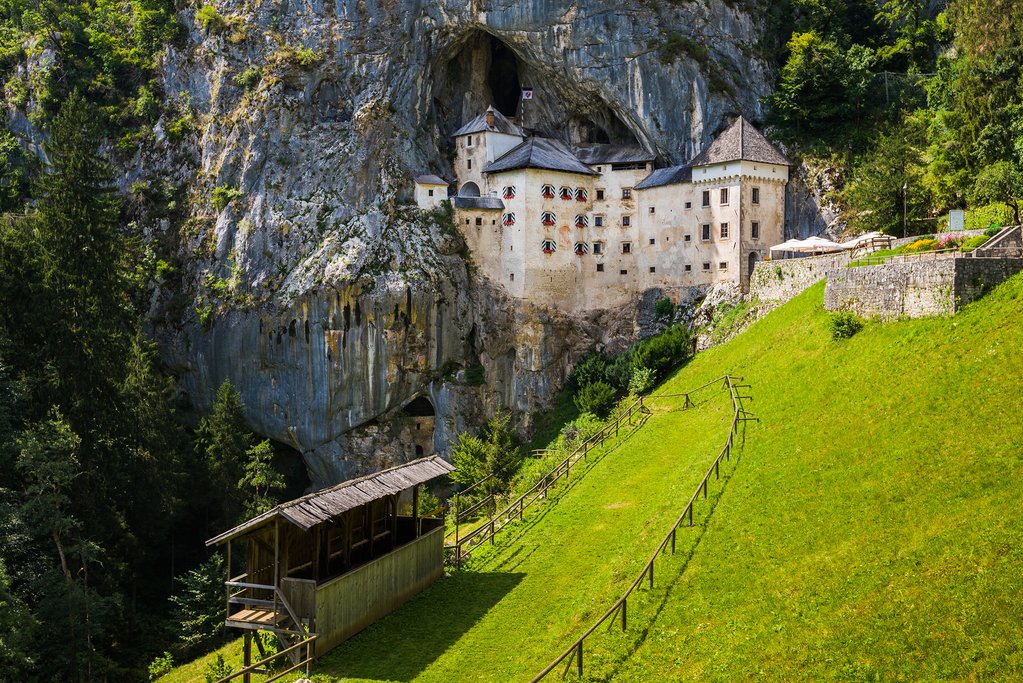 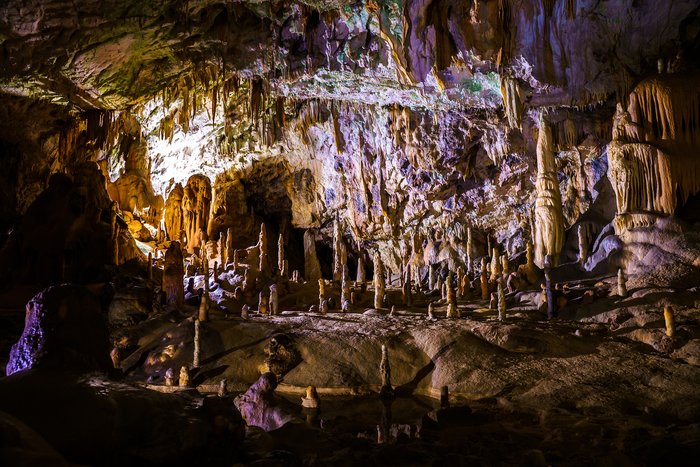 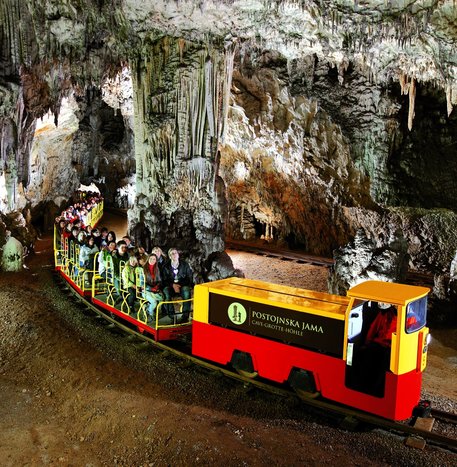 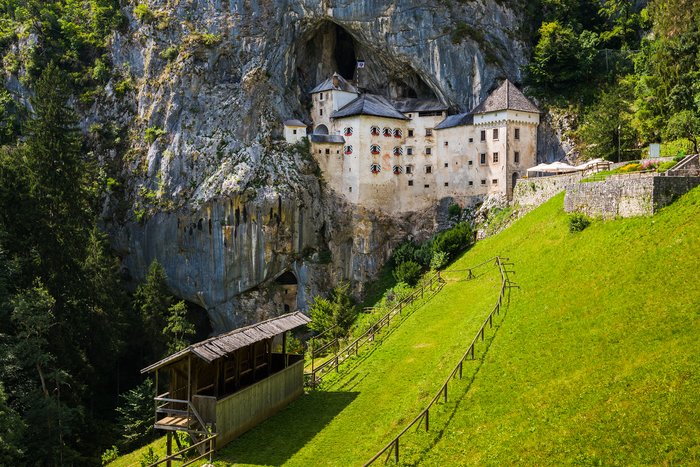 The Predjama Castle built into the mouth of a cave

Turn your attention away from Ljubljana and to Slovenia's rugged and beautiful Karst region in the southwest of the country. A limestone plateau that extends from the Gulf of Trieste to the Vipava Valley sees rivers and lakes disappear only to resurface in the porous limestone, typically resulting in underground caverns like those found at Postojna. Formed by the Pivka River, Postojna Cave is the largest show cave in Europe and is widely considered to be one of the most beautiful caves in the world. The heart-stopping series of caverns, halls, and passages offers much to explore.

You can choose to ride the miniature electric train down the cave's nearly 15-mile (24 km) tunnel and take an hour-and-a-half-long guided tour. You'll be able to see and learn about the cave's natural subterranean beauty of dangling stalactites, rising stalagmites, and limestone curtains. If you opt for the tour, you'll be able to see the over 16-foot high (5 m) stalagmite known as Brilliant and visit the world's oldest underground post office. And if luck is on your side, you might catch a glimpse of the olm, a type of pale-bodied salamander endemic to the karst caves of Croatia and Slovenia.

Nearby is the impregnable fortification of the Predjama Castle, a mostly Renaissance castle from the 16th century (though construction began in 1202). Dramatically built right into a gaping mouth of a cavern halfway up a cliffside, the Predjama Castle is the largest cave castle in the world. Here you might like to hire a guide for a tour inside the seemingly unconquerable fortification where, in addition to exploring the rooms and dungeon, you'll discover the network of secret tunnels behind the castle as used by legendary Erazem (Erasmus) Lueger, Slovenia's very own Robin Hood.

Plan your trip to Slovenia

Plan your trip to Slovenia

A world-class ski center nestled in the Julian Alps on the border with...

As both the capital and largest city in Slovenia, Ljubljana overflows...

Though not as well known as its counterpart in Bled, Lake Bohinj's...

Near the mountains and glacial lakes of Triglav National Park in...

How kimkim Trips Work in Slovenia

Slovenia remains one of Europe's best-kept secrets, hidden between...

Kimkim has selected the best Slovenia travel agents so you'll have a...
Create your custom-made trip to Slovenia
Get Started