When in Bordeaux, designate an entire day to wine! Start with a visit to Bordeaux's famed Cité du Vin museum set in the city center. This modern building is where you'll follow immersive exhibits detailing the world's wine culture through the ages, including that of France. Once you've finished up indoors, board a cruise through the Gironde Estuary to discover the wines and heritage of the Haute-Gironde region.

On the boat, you'll pass the fortified towns of Blaye and Bourg, stopping for lunch at a Côtes de Bourg estate, dining and chatting with the winemaker himself. The astonishingly well-preserved citadel of Blaye has survived countless sieges since the 5th century and contains nearly 1 mile (over 1 km) of ramparts, four bastions, moats, and underground passages. Thanks to its historical importance, it's a designated UNESCO World Heritage Site—and also home to the Blaye Côtes de Bordeaux wine appellation.

Discover more unique experiences in and around Bordeaux. 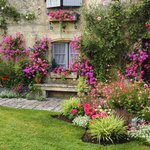 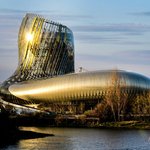 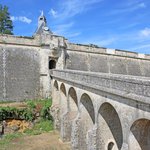 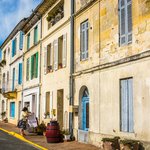 Spend a full week savoring the food and wine of France on this itinerary. Sit in the sidewalk cafes and stroll the markets of  Paris before you catch the train to Bordeaux, where you'll cruise through historic towns and vineyards that date back hundreds of years.

A French lunch break can be up to two hours long, but you get nine full days to sample the country's food and wine on this itinerary. Visit the artsy alleys and markets of Le Marais and Montmartre, then travel to the Loire Valley and Bordeaux to tour the vineyards that made French wine famous.

Enjoy the day uniquely exploring Bordeaux with a gourmet food and...

Visit the Villages of the Dordogne River

Explore the picturesque and historic villages of the Dordogne River,...

Enjoy discovering all of Bordeaux with a city tour and boat ride along...

Today's activity is a walking tour of Arles, a UNESCO World Heritage...

Hiking the "Valley of Wonders" in Mercantour National Park

How Many Days Should You Spend in Bordeaux?

For a solid itinerary in France's wine capital, we recommend at least...

This 5-day itinerary is the perfect introduction to Bordeaux—hub of the...

Find some of your new favorite spots with five days in western France....

Spend a full week savoring the food and wine of France on this...

Enjoy eight days of epicurean indulgences against the backdrop of two...
Best of Bordeaux

Kimkim has selected the best France travel agents so you'll have a...
Plan your trip to France
Customize your trip with help from a local travel specialist
Plan Your Trip