Martina was very helpful regarding our pre-trip planning. We had planned all facets of our trip to Peru prior to contacting Martina. We decided to do so because we wanted to go to the area and found it somewhat difficult to research travel options there. Our tour stated that we would have an English speaking guide.
Day 1 we were met by Joan/John and Carlos @ Cajamarca airport. After dropping our bags we visited Cumbe Mayo. This was a wonderful place. Our guide was clearly enthusiastic but, not fluent enough (in English) to convey much of his knowledge. As became clear at that point, Anna often needed to translate for my benefit. ( I sensed the visit was the short version. ). We learned that J was a guide-in-training. He had to train for some 900 hours before receiving license.
We returned to Cajamarca. Having risen @ 3 in the morning for our 7:30 flight we were hungry at that point and asked J for recommendations. He dropped us at a lunchroom on the square. A fairly grim experience. I mention this only because perfunctory drop-offs became the norm. I think this is an issue of manners. We are outsiders, the guide the insider. This in addition to the fact that the Hostal had no heat — it was cold and mercilessly rainy,— or WiFi. There was no way not to hear our next door neighbor’s TV. If we had foreknowledge of the lack of heat, we would not have agreed to stay there. How hard is it to recommend a few places to eat?
Driver Carlos was excellent throughout. No fruit or water in car throughout our tour.

Day2 7 hr drive to Leymebamba. Prompt pickup. J asks if we want to stop @ a grocery store. Having stocked up on snacks at the Cajamarca market, we only needed more water and stopped at bodega. We naively assumed that there would be a plan to eat along the way. We chatted for about 1 hour as we left the city and headed in the direction of Leymebamba. We stopped for lunch and J suggested we take our food and eat on the little square. Another point of confusion. We hadn’t packed a lunch. Meanwhile J & C headed into a little restaurant for lunch. Since it was clearly the only place to eat in this locale, I joined them.
We stopped only once thereafter for a photo op. For the remaining 6 hours there was an abundantly obvious silence. Our questions like, ‘what river is that?’ were answered but, no comments/ info from guide.
Then a stop at woodworker’s place. This was kind of crazy. After 7 hours in a car we did not feel like doing this but, felt obliged to do so.
We reached Leymebamba and checked into our Hostal. This proved to be a far nicer stay. A lovely well maintained Hostal and it was fortunately warmer than Cajamarca. Great family, delicious breakfast. Again though, after that very long drive, no food recommendations. We made the wrong choice. Ironically, the next day after visiting the Museum we had a great lunch, in plaza. The restaurant owner, a relative of Carlos’, was a delightful woman who really knew how to cook!

Day 3
Visit to Leymebamba museum. Wonderful visit. Felt a bit rushed as we followed J through. This seems to be an occupational hazard for tour leaders. One though that they surely need to develop the flexibility to allow for. It seems to me that a tour guide to be really good, needs to get to know his clients. Perhaps J is too young? Not curious? ( He might have heard that one of our reasons for visiting Peru was our interest in its cuisine. )
After a terrific lunch we set out to visit Revash. Sadly rained out. Roads in dangerous conditions. We were dropped off at Lola’s and Perico’s. Heaven. Spent an afternoon at their wonderful place with our consummate hosts. We loved each other’s company. Nine hundred stars!

Day 4
Kuelap Visit. Terrific.
Lunch @ Shubet also good. Again Carlos’s friends/relatives..
Drive to Gocta. Rafael not there but, his in village helper arrived promptly to let us in. Somewhat unsure how to interpret Rafael’s absence but, made ourselves comfortable. (Footnote hot water unavailable.)
Had a wonderful afternoon enjoying Rafael’s place. Also later when another guest arrived.

Day 5
Hike to Gocta Waterfall. Strenuously wonderful. Took horses half way back down.
Arrived back to Rafael’s hot and tired....wanting to clean-up and relax. J announced we were to go next door for lunch. We went. When one is staying at Rafael’s, the setting isn’t really impressive.
The food is mediocre. J had told us that C would be driving us to Jaen the following morning; a gesture we very much appreciated. Carlos happened to be dining @ same time we were (next door) with his family. We confirmed that we would see him tomorrow.

Day 6
Instead of Carlos, his young relative ( no more than 18?) w/ his friend to airport in Jaen.
Nice person. Friendly but, not a mature driver. Thought we would be seeing C and planned to give him a tip then. Plz send info regarding how we can do so.

My advice to Trip planner. Suggest visitors to this region—-@ least @ this time of the year— come and go via Jaen. Spend time in Chachapoyas and environs. 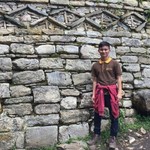 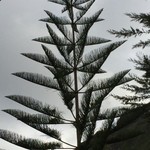 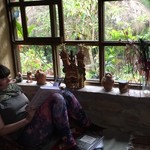 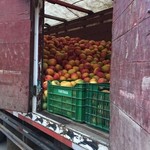 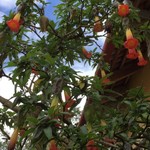 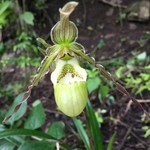 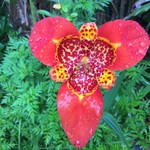 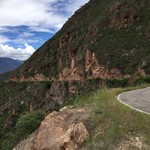 Thank you very much for your comments and letting me know how you felt during your stay in the Northern Andes.

I guess your stay was a little overcasted because of the rain. It is true that when it rains, there unfortunately are not many options. Hotels in the region usually don't have heating (nor Wifi) and the humidity gets into you and your bones.

Jhon, our guide, has already finished his training beginning of last year. He has a diploma as an official guide, a career... read more

Thank you very much for your comments and letting me know how you felt during your stay in the Northern Andes.

I guess your stay was a little overcasted because of the rain. It is true that when it rains, there unfortunately are not many options. Hotels in the region usually don't have heating (nor Wifi) and the humidity gets into you and your bones.

Jhon, our guide, has already finished his training beginning of last year. He has a diploma as an official guide, a career that takes 3 years, and he is guiding for us since April last year. Maybe his natural Peruvian shyness added to some of your English comprehensive issues . Otherwise he is enthousiastic about his work and I am sure that he will improve to better understand the needs of our clients. Thank you so much for your comments that I will pass on to him.

I am glad that you liked the different archaeological sites throughout your stay as well as the (rather difficult) hike to Gocta.

Once again thank you for your detailed comments that I will share with our local partners. The region of Amazonas still needs to catch up about 50 years of tourism development in comparison with the South of Peru, but we work hard to improve our services together with the local hotels, drivers, communities and other partners.