Our trip to Iceland couldn't have been more perfect. To start with, it is a beautiful country and we were very fortunate to have had perfectly clear weather the entire 5 days we were there in February/March, after what we had been told was a very rainy winter. 18 inches of snow fell just before we arrived, and the Northern lights were out every night, making it a winter wonderland. That part was sheer luck, but on top of that, the trip was as smooth as we could have hoped. Our driver was waiting at the airport and took us right to our hotel which we had booked the previous night because of our very early morning arrival. The first day in Reykavik we planned on our own. The next 4 days were planned by the kimkim operator. We had private tours of the Golden Circle and the south coast, and a group tour to the Thorsmark wilderness area. On the final day we took a quick tour of the Reykjanes peninsula and then a stop at the Blue Lagoon before heading to the airport. We had 2 guides for those 4 days, and both were very friendly and knowledgeable and made everything run so smoothly that we didn't have to worry about a thing. We felt very lucky that our guide for the south coast tour had grown up in the area, and he took us to see places where his family had lived and told us the stories behind them. Although we did some of the usual tourist things, we loved also going to a few places where we didn't see another person. The hike up the mountain where his great-great grandfather had a farm was spectacular. We appreciated his flexibility in changing the plan on the last day when we were tired and wanted to get back to the hotel a little bit earlier than planned.

The only thing I would have changed about our trip was the trip to the Blue Lagoon, but that is in hindsight. We had heard a lot about it and felt like we had to go see what it was all about, but it was too crowded and too touristy for our tastes. The hot lagoon was a unique experience, but if I had to do it over again I would try one of the natural springs out in the countryside instead, and save a lot of money too!

As far as the planning process, I have tried several different online travel planning services, and I really like the way kimkim uses a back and forth conversation to plan the details. It's much quicker than other services that start with a formal proposal, which then has to be laboriously modified if you want changes. For our Iceland trip, the local operator started with a general plan, then narrowed down the details, and then presented a completed proposal. Most of my communication was with the local tour operator, but on 2 occasions when there was a breakdown in communication the Kimkim team stepped in and sorted it out quickly. I hope kimkim adds more locations to their offerings. I will use it again.

A couple of very small details that could have been improved - our trip to Thorsmark was 1-1/2 hours longer than described. It seemed as if our guide added on some things at the end to give us our money's worth, but we were tired and would have been happy to end on time. Part of the reason we were so tired was because on our hike the guide raced ahead of the group instead of going at our pace. We weren't all 20-somethings who hike glaciers in our spare time, and it isn't much fun hiking if you are worried about keeping up! A final small detail - water in the jeep would have been nice. But these were small things. Overall the trip was amazing. 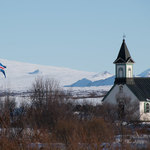 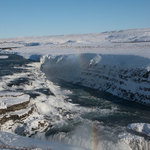 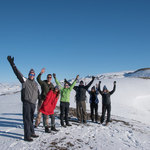 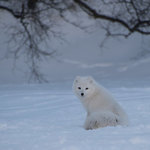 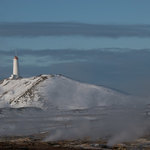 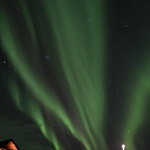 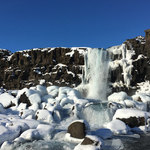 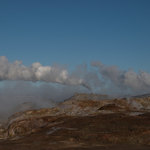 Thank you for this wonderful review.
I know both Helga Lucie and Óli really enjoyed the time with you.
I hope to see you next time you come to Iceland :)
Have a good day.

All the best,
Hildur