Located on the west coast of the French Riviera is Marseille. With 2,600 years of history under its belt, this is France's oldest city, and the best way to explore it is on an electric bicycle tour with a local guide. This 23 km (14-mile) circuit covers some of Marseille's most impressive and historic neighborhoods, like the colorful district of Le Panier. This is the "Old Marseille," the founding area of the city that was originally built on the site of the Ancient Greek colony of Massalia. It's a working-class enclave that is quintessentially Mediterranean, what with its old plazas, ancient churches, and the brightly colored facades of the tenement buildings. There's also street art on the walls in the form of colorful frescoes.

Other stops on the bike tour include the city center, the waterfront, the hilltop basilica Notre-Dame de la Garde, and the roman monastic foundation of Saint-Victor Abbey. The tour then follows a walkway to Fort Saint-Jean, a fortification dominating the port that was built in 1660 by Louis XIV. There's even a stop-in at the fascinating Museum of European and Mediterranean Civilizations (MuCEM), a modern museum featuring permanent exhibits devoted to the history of these regional societies from ancient times to the present day. The tour ends in Vieux-Port, in the heart of the city, which is the perfect spot to enjoy a good pastis or beer as the sun goes down. 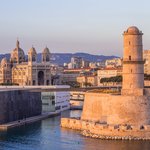 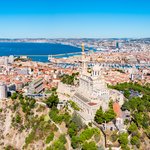 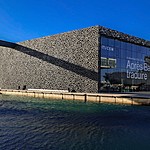 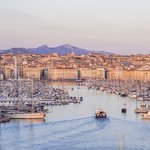