Set in eastern France on the Rhône and Saône rivers, Lyon is a grand foodie city in a famously food-centric nation. However, there is much more to this metropolis than a rich culinary heritage. Lyon enjoys about 2,000 years of history, dating back to when it was a provincial capital in the Ancient Roman region of Gaul. That history continued through the middle ages and the Renaissance, and there are vestiges of all of it even today on Lyon's streets.

This experience reveals Lyon's history, culture—and yes, flavors—on a walking tour of the city. It covers much ground, from the historic Presqu’île (peninsula) heart of the town (a UNESCO World Heritage Site) to the alleyways and Renaissance-era mansions of Vieux-Lyon (Lyon Old Town), located on the quays of the River Saône. It's in these alleys of Old Lyon where the foodie tour begins, as a local guide recounts the city's gastronomic heritage via culinary anecdotes. Then, enjoy tastings at the Halles de Lyon Paul Bocuse, a labyrinthine municipal market with various food stalls delighting all taste buds.

Next is a visit to the historic Croix-Rousse neighborhood, which abounds with colorful houses and tree-filled plazas. This area is the heart of the weaver's district, and beyond food, the most lasting cultural legacy in Lyon is that of silk weaving (silk and textiles were the region's biggest industry in the 19th century). Indeed, many houses in this riverfront neighborhood were formerly weavers workshops. The end of this tour involves a visit to a functioning seminar that culminates with a silk printing demonstration. 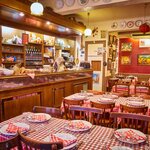 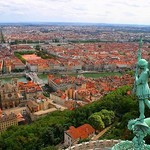 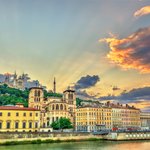 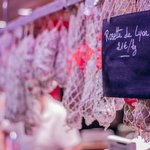 Itineraries with Culture and Tasting Tour of Lyon 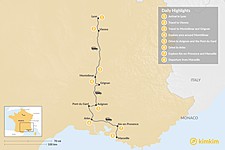 This culinary tour winds its way from gastronomic Lyon (with a food scene rivaling that of Paris) through the colorful countryside of Provence. Taste famous wines, relax in olive country, and fall in love with the ancient cities and sweeping flower-filled fields that make this region famous. 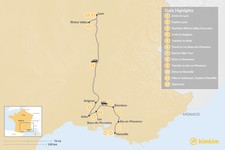 This self-drive 12-day itinerary highlights the best of the Rhône Valley, from north to south. Perfect for the whole family, you'll start in food forward Lyon, then work your way through the colorful countryside of Provence and down to Marseille on the Mediterranean coast. Along the way, you'll taste full-bodied wines, marvel at ancient Roman ingenuity, and enjoy the majestic beauty that is southern France.

The Best of Lyon City Tour

If you don’t have much time to visit Lyon, this tour was made for you!...

Enjoy a tour of Beaujolais, a historical province and wine-growing...

Discover Lyon on an E-Bike

Lyon sits at the junction of the Rhône and Saône Rivers, creating scenic...

Hot Air Ballooning in the Beaujolais

One of the best ways to see the historic and scenic Beaujolais Province...

Today's activity is a walking tour of Arles, a UNESCO World Heritage...

Hiking the "Valley of Wonders" in Mercantour National Park

How Many Days Should You Spend in Lyon?

Immerse yourself in Southern European culture and Mediterranean...

If you've got ten days and a heart full of love, head to France for the...

If you're short on time but don't want to cut back on the experience,...
Best of Lyon