Discover the island of Svanøy with the help of a local. This peculiar island is said to be the birthplace of Eric Bloodaxe, the famous 10th-century Norwegian ruler. Learn about the island's history while visiting Viking graves, exploring traditional boatbuilding, and listening to stories about the Christening of Norway, diving deep into unique history spanning over 1000 years.

Harald Hårfagre, Eirik Bloodaxe's father, was born in Sogn, most likely in Leikanger. You can easily combine a visit to Svanøy with an exploration of nearby Sognefjorden, a popular destination during the Viking era. This fjord was rich in agricultural, fishing, and trade resources and gave the Vikings quick access to the sea and mountain passes. Sognefjorden is also where the wise men educated Eirik before inheriting the throne!

Harald made it his mission to do what he could for his son and decided that Eirik would be king early on, even though he was not first in line to inherit the throne. So finally, in the year 930, the people of Hordaland county accepted Eirik Bloodaxe as a king, but it wasn't an easy task, as you'll learn!

Eirik's death in 954 brought the independence of Viking Northumbria to an end, but his sons later succeeded in establishing themselves as kings in Norway. For most, the name Eirik Bloodaxe conjures an image of the archetypal Viking warrior: huge, heroic, and the proud owner of a large ax. 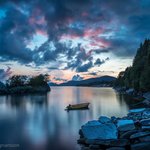 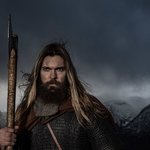 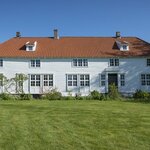 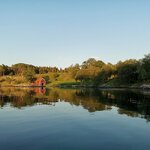 Itineraries with Explore the Viking History of Svanøy Island

This 8-day itinerary is a great way to experience a historic side of Norway that most visitors miss. Between the 8th and 11th centuries, Vikinger was a form of adventure, drawing plunderers but also poets, scholars, and traders. Starting and ending in Bergen, you'll travel through Viking-era settlements, islands, and fjords, including the former stomping grounds of one of the most famous Vikings of all: Eric Bloodaxe.

This scenic loop through Western Norway uses a variety of fun travel modes that beckon you to sit back and enjoy the magnificent scenery. Starting in Oslo, you'll ride a train along an emerald river to get to Ålesund. Spend a night in this art nouveau city before taking a Hurtigruten cruise through stunning fjords to get to Florø—your jumping-off point for fishing islands, outdoor activities, and Viking culture. Finish the adventure in UNESCO-listed Bergen before circling back to Oslo on the Flåm Railway.

Travel through history, nature, and culinary adventures to arrive at an understanding of both ancient and modern Norwegian life with this trip on the Viking trail. In ancient times, Viking was a type of adventurer, with people leaving their traditional settings for remote areas to learn from new cultures and trade. Later, the Vikings developed an image more associated with plunder and pillaging. But is this the whole story? Find out for yourself as you explore the old streets of Bergen, as well as ancient political gathering spots, isolated islands, and even a recreation of a Viking village.

This tour features a lovely cruise from Bergen to Rosendal, a small...

Kimkim has selected the best Norway travel agents so you'll have a...
Create your custom-made trip to Norway
Get Started