Mongolia ranks high on the bucket list for adventurous travelers in search of Earth’s last untouched landscapes. The following is a list of top destinations to tick off while visiting the stomping grounds of Ghengis Khan.

Signing on to an overland tour is the best way to experience the highlights of Mongolia, as public transportation in the countryside is almost non-existent. Travel is usually done in 4x4 vehicles, with a guide and driver included. Nights are spent camping under the stars, or at ger camps – traditional nomadic tents outfitted for tourists. One week is the bare minimum you’ll need to explore the capital and a few countryside destinations. Flying domestically can usually save a day or two on the road. Try not to cram in too much as the arduous travel conditions can tax even the most seasoned of travelers.

Home to nearly half the national population, UB is the cultural, educational and economic heart of the country. The glass towers and sprawling new apartment suburbs are a testament to the mining boom that is fuelling Mongolia’s economic growth.

The city features excellent museums and unique historic sights, many located walking distance from the central Sükhbaatar Square. A highlight is Gandan Monastery, where hundreds of monks gather each morning for prayers. Another must-see is the historic Bogd Khan Winter Palace, where Mongolia’s last monarch kept an elephant and a mansion full of exotic stuffed wildlife. Don’t miss the National History Museum, which houses a display of weapons used by the armies of Ghengis.

Surprisingly good local theater, restaurants, pubs, music venues and nightclubs are part of Ulaanbaatar’s vibrant nightlife scene. For a more relaxed evening, head south of the city to the neighborhood of Zaisan, a pleasant area of war memorials, Buddha statues, and restaurants where you can dine al fresco. Active travelers can trek from Zaisan over the Bogd Khan Mountain to Manzhir Monastery, a 7-hour hike.

Kazakhs make up the majority of the population in this westernmost province, a stunning landscape of glaciers, jagged peaks and colored deserts. The provincial capital of Ölgii and its cheery market is a good place to launch an expedition into the wilderness.

Kazakhs are renowned for their skills in falconry and many spend their leisure time hunting with golden eagles. Eagle hunting is done in the colder months; if you’re keen on experiencing this activity, plan your visit for October or November.

Climbing expeditions in Tavan Bogd National Park can be organized to the top of Nairamdal Peak (4374m). Mountain biking and trekking are other possibilities, keep an eye out for ancient burial mounds and rock carvings. The stunning lakes in the southern part of the park – framed by snow-capped mountains and a grassy shoreline – are not to be missed.

Plan your trip to Mongolia
Customize your trip with help from a local travel specialist.
Plan Your Trip

Jutting into the underbelly of Siberia, this gorgeous 136km long lake contains two percent of the world’s fresh water. It’s the perfect place to unwind for a few days, at a ger camp along the shore or with your own tent. There are opportunities for fishing, boating, horseback riding and swimming. Hikers may want to trek over the Mönkh Saridag Mountains to the Darkhad Valley, home to powerful Shamans and a tribe of reindeer herders.

Various activities occur during the year by the lakeshore. Winter brings features an ice festival with winter games while the summer highlight is Sunrise to Sunset – an ultramarathon (100km) and standard marathon (42km). Khatgal, a quaint village of log cabins located near the southern end of the lake, hosts a delightful Naadam festival on July 11-12.

Further east, in Dornod province, search out war memorials scattered across the plain at Khalkh Gol. The surrounding areas contain massive herds of galloping gazelle, one of Asia’s great animal migrations. Every so often, stop your driver and wander off into the steppe, a vast seagrass colliding with blue sky.

Another reason to stop is for a visit with nomadic families, where tea and gossip are freely passed. Spending time in a nomad tent is a great way to gain a new perspective on everyday life in Mongolia.

Central Mongolia offers great plains and scattered gers, probably the same view Ögödei Khan had when he set up a power base here 750 years ago. The historical gem of the area is Erdene Zuu Monastery, the oldest in Mongolia. Nearby lie the ruins of Karakorum, the ancient capital of the Mongol empire. There isn’t much left of Karakorum, as the bricks from the ancient city were used to build the massive 108 stupas that surround Erdene Zuu.

West of Karakorum, travelers make their way up the Orkhon river valley to visit the stunning 20m tall Ulaan Tsutgalan waterfall, and nearby Tövkhön Monastery, an old hermitage used by the great sculptor Zanabazar. The camping is excellent in the Orkhon valley, where herds of sheep, goat, yak, horse, and cattle mingle freely. The hot springs, lakes and a lovely provincial capital in Arkhangai, round out a visit to the region.

Mountains and sand dunes are scattered across the vast and formidable Gobi, surrounded by plains of nothingness and occasional pink canyons that hide the bones of dinosaurs. Gobi people are hardy camel breeders often willing to show off their proud beasts to visiting travelers.

The desert contains a few interesting monasteries, including mystical Khamaryn Khiid near the town of Sainshand. This monastery is situated near a powerful energy center, attracting visitors across the country for its healing powers. The remote Khongoriin Els (Singing Sand Dunes) hum when whipped by winds and make for a fine day of dune surfing for those properly equipped with a square of cardboard. 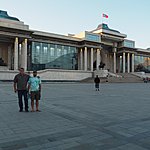 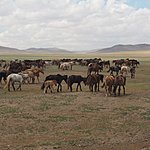 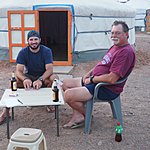 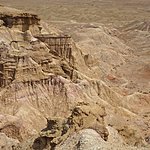 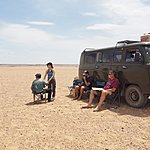 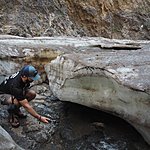 Plan your trip to Mongolia

Plan your trip to Mongolia

Eight hundred years ago the Mongols won an empire on horseback. Follow...

On this 10-day highlights tour, you'll step back in time, traveling...

Venture into the heart of Mongolia's wilderness on this five-day...

This 10-day tour takes you through some of Mongolia's most impressive...

Immerse yourself in the unique culture and ethereal landscapes of...
Mongolia Tours & Itineraries

Kimkim has selected the best Mongolia travel agents so you'll have a...

Mongolia ranks high on the bucket list for adventurous travelers in...

Mongolia’s geographic location in the heart of the Asian landmass - with...

Eight hundred years ago the Mongols won an empire on horseback. Follow...

On this 10-day highlights tour, you'll step back in time, traveling...

Venture into the heart of Mongolia's wilderness on this five-day...

Embark on the ultimate Mongolian road trip with this 16-day guided...

This rugged, once-in-a-lifetime adventure takes you to the hidden Taiga...

Head into the wilderness to discover two of Mongolia's most distinctive...

From owls and falcons to foxes and wolves, this 7-day tour around...

Immerse yourself in the unique culture and ethereal landscapes of...

Elena G.
United Kingdom
"Adiyabold and his team were amazing in providing an excellent trip in Mongolia and making our honeymoon very special. They really went the extra mile" read more
Traveled to Mongolia as a couple in June, 2022

Trina N.
Nevada, United States
"Oyunerdene has been a saint for helping us see the best of Mongolia. I am very happy and satisfied with the service we have received." read more
Traveled to Mongolia as a family in July, 2019

Anna R.
United Kingdom
"The trip was amazing. Can’t describe how good it was. We had the most fantastic guide (Oyu) and driver (Banzar) and really got immersed into the Mongolian cu..." read more
Traveled to Mongolia as a couple in September, 2018
J
Jurgen V.
Austria
"My Nephew and I went to Mongolia on a private trip (with our own special pathway through desert) (end of july 2018). This was wonderfully prepared by Horseba..." read more
Traveled to Mongolia as a family in July, 2018
Plan your trip to Mongolia
Customize your trip with help from a local travel specialist
Plan Your Trip