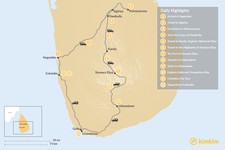 Known as the "Jewel of the Indian Ocean," Sri Lanka is famed for its centuries of history and exotic tropical wildlife. Explore the island's top destinations through this introductory tour that will satisfy both nature lovers and cultural enthusiasts alike.

This itinerary is one of the best and most convenient ways to experience some of Sri Lanka's most iconic locations. Explore three UNESCO World Heritage Sites spanning all corners of the island, and gain a deep understanding of both Sri Lanka's natural and cultural nuances. From inland tropical ruins to bustling coastal ports, secluded highland settlements to the country's largest city, you will see the diverse array of sights Sri Lanka has to offer.

Sri Lanka is warm year round, although the springs and summers see increased rainfall due to the wet season. You will be driven to the different destinations, all of which are under 3-4 hours of time on the road. If you want to genuinely encounter the locals, historic sites, and wildlife of Sri Lanka in under two weeks with minimal physical strain, this option is ideal for you!

Arrive at the airport in Colombo and transfer to Negombo, a fishing town with a fascinating colonial past. Once a lucrative source of cinnamon, the British, Dutch, and Portuguese all attempted to control the port during the height of the spice trade. Although cinnamon impacted the growth of Negombo's economy, the Catholic Church was what shaped many of the local traditions. Today, colonial-style architecture is still a common sight in Negombo, and centuries-old local cultures exist side-by-side with Western influences. Experience this fascinating town as your first destination in Sri Lanka, and take time to explore your new surroundings as well as relax in your luxurious hotel.

The ancient city of Sigiriya is the premier destination for ecotourism in Sri Lanka. It was designated as a cultural UNESCO World Heritage Site in 1982 and was even proposed as an "Eighth Wonder of the World" on the same level as the Grand Canyon and Egyptian Pyramids. Sigiriya, which translates into "Lion Throat" in English, was named after the monument that indicates the path to the top of the structure, which involved passing through the open jaws and throat of a stone lion. Unfortunately, the only remains of this lion figure today are its massive paws, carved into the side of the larger rock base. Rising an incredible 600 feet up from its lush and relatively flat tropical surroundings, Sigiriya is definitely a sight to behold!

Visit Polonnaruwa, one of Sri Lanka's ancient capitals and part of the famous Cultural Triangle. See the impressive and intricately-designed Gal Vihara Temple Complex, which features three colossal granite Buddha statues. Next, explore Parakrama Samudra, a 2,500-hectare reservoir constructed under King Parakramabahu’s reign in the 12th century. Overall, the city is divided into a new and old town, both of which can be easily explored on foot.

Day 4: The Caves of Dambulla

Dambulla is an ancient city is known for its beautiful cave temples and iconic Buddha statue. The complex spans five caves and contains over 150 Buddha images, some which date as far back as the 1st century BC when King Valagambahu first took refuge in the caves.

The most elaborate and spectacular of the caves measures 170 ft long, 75 ft wide, and 21 ft high. A massive reclining Buddha statue rests in the background. In addition, statues of King Valagambahu and King Nissankamalla, who greatly expanded Dambulla, are also present. At the center is a large pool, which collects the year-round droplets of water that fall from the surface. After exploring the cave complex, step outside and witness a beautiful view of the nearby countryside.

Kandy, the capital of Sri Lanka's Central Province, is home to the Temple of the Tooth Relic. A UNESCO World Heritage Site strategically nestled amid three mountain ranges, the temple serves as the gateway to the hill country. Since Kandy was initially built as a natural fortress against foreign invasions, the site has remained largely intact.

Nowadays, the city of Kandy is well known as one of Sri Lanka’s top destinations among both local and international travelers. After visiting the Temple of the Tooth, you will also get a chance to see the beautiful Peradeniya Botanical Garden, which hosts over 4,000 species of plants.

Day 6: The Highlands of Nuwara Eliya

Experience both Sri Lankan and British history in charming Nuwara Eliya, complete with a scenic train ride through the rainforest. Also known as "Little England," the town has an atmosphere unlike anywhere else in Sri Lanka. Due to its high elevation, it possesses a cooler and more refreshing climate than lower regions. Nuwara Eliya is also characterized by its old-world feel, as its outskirts were controlled by the British and many of the grandiose colonial buildings still stand. Today, the town is famous for its horse races and its historic golf club, which dates back to 1889. Stroll around town before enjoying a special dinner and returning to your hotel.

Continue your stay in Nuwara Eliya and head to one of the region's preeminent harvesters of world-famous Ceylon tea. One of Sri Lanka's main exports, tea shapes the lives of hundreds of locals who work on plantations and in factories. By visiting a working plantation, you will gain an entirely new perspective on daily life in Sri Lanka and how much goes into every humble cup of tea.

Watch as tea-pickers crisscross rolling hills, their colorful clothing highlighting the green swathes of tea plants. Observe as they collect leaves with incredible dexterity, deliver sacks to the factory, and finally process the leaves to package the final product. After this tour, you will have seen the entire tea-making journey from tea plant to teapot!

Udawalawe sits on the borderline between Sri Lanka's wet and dry zones, which has resulted in a remarkable diversity in both flora and fauna. With its fascinating history and culture, Udawalawe offers an array of both historical sites and natural wonders and is guaranteed to satisfy even the most seasoned traveler. Check into the Big Game Safari Campsite, and unwind after a long day of traveling.

Today, set off on a safari within the grounds of Udawalawe. With an estimated 400 elephants living within the park's boundaries, you may be able to spot a herd gathering to feed and bath at a waterhole. Keep an eye out for water buffalo, monkeys, water monitor lizards, sambar deer, and even the occasional leopard. There are also many indigenous bird species like hornbills, eagles, and the distinctive red-faced malkoha.

The safari will last the entire first half of the day and include a packed lunch. If you are a fan of animals, today will definitely be the highlight of your trip!

The ancient port of Galle was Sri Lanka's first international center of trade. Today, this town is a bustling administrative center and the provincial capital of the southern region. Despite the presence of modern architecture and civic amenities, Galle still hosts a stunning collection of sites dating back over hundreds of years. On your trip to Galle, you will also experience the unforgettable Unawatuna Bay, which is surrounded by a reef and home to the namesake Galle Fort. Surrounded on three sides by the ocean, the 36-hectare fort was built by the Portuguese in 1587 and has been named a UNESCO World Heritage Site.

Take your last day in Sri Lanka to truly learn about the country's past and its rich culture while interacting with friendly locals on a city tour of Colombo. The commercial and cultural capital of Sri Lanka, Colombo is famed for its eclectic culture and an array of attractions can be found amid the hustle and bustle of the lively city. From Arab traders to the Portuguese, Dutch, and British colonists who occupied the city, Colombo is defined by its history as a melting pot of international influences.

Your journey in Sri Lanka has come to an end. Transfer to the airport and fly back home with plenty of new memories to cherish. 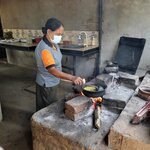 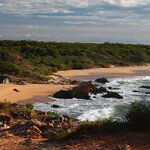 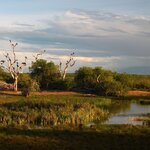 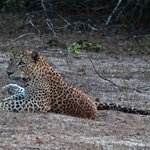 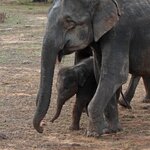 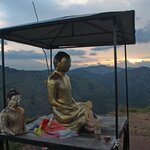 This 12-day honeymoon is perfect for couples who love exotic wildlife...

Discover the culture, heritage, wildlife, and beaches on this Sri Lankan...

With two weeks to spend in Sri Lanka, there's so much travelers can see...

This 10-day itinerary around Sri Lanka features outdoor activities and...

The magnificent coastline of Sri Lanka has plenty to offer travelers,...

One of the best ways to explore Sri Lanka is on your own two feet,...