Many European cities have castles, but not all sit atop a forested hill surrounded by hiking trails and a dense nature park. Well, Zagreb is one of them! For lovers of hiking, mountain biking, or the outdoors, you can enjoy a moderate trek through the Medvednica Nature Park to Medvedgrad, one of the best-kept secrets of Zagreb.

The name Medvednica roughly translates to "bear mountain," and it's set just north of Zagreb. Medvednica is the mountain range and park, whereas Medvedgrad is the castle. The range's highest peak is Sljeme, which stands over 3,000 feet (1,033 m). The area is a unique example of an almost fully preserved natural environment just out the back door of a large city!

Follow a picturesque 2-mile (3.2-km) hiking trail called Miroslavec. This path takes you through the woods and alongside a babbling stream, ending at Kraljičin zdenac (Queen's Well). Rest along Kraljevec Stream next to its small pond, and then continue just a few more minutes to the castle.

The 13th-century fortress was built after the Tartar invasion. Medieval Medvedgrad was arranged for nobility and heavily fortified with double walls, moats, and guard towers. It also had water tanks, a chapel, and two palaces. While walking through the castle ruins, you'll listen to the story of the legendary Black Queen, as told by your guide. Then, see the eternal flames of the Homeland Altar and take beautiful panoramic photographs of Zagreb.

Discover other interesting excursions in and around Zagreb. 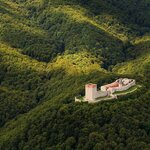 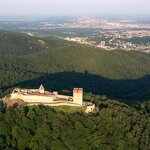 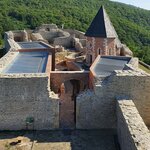 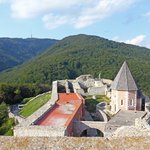 Castles & Villages of the Zagorje Region

Dive deep into Croatian cuisine with this foodie tour of Zagreb. Hit the...

One perk of Zagreb's relatively small size (at least for a European...

How Many Days Should You Spend in Zagreb?

Zagreb, Croatia’s capital, is known for its culture, art, and foodie...

The 5 Best Boutique Hotels in Zagreb

Zagreb can often get short-shrift when up against its southerly sisters...

Croatia is a family- and kid-friendly destination, filled with hiking,...
Best of Zagreb