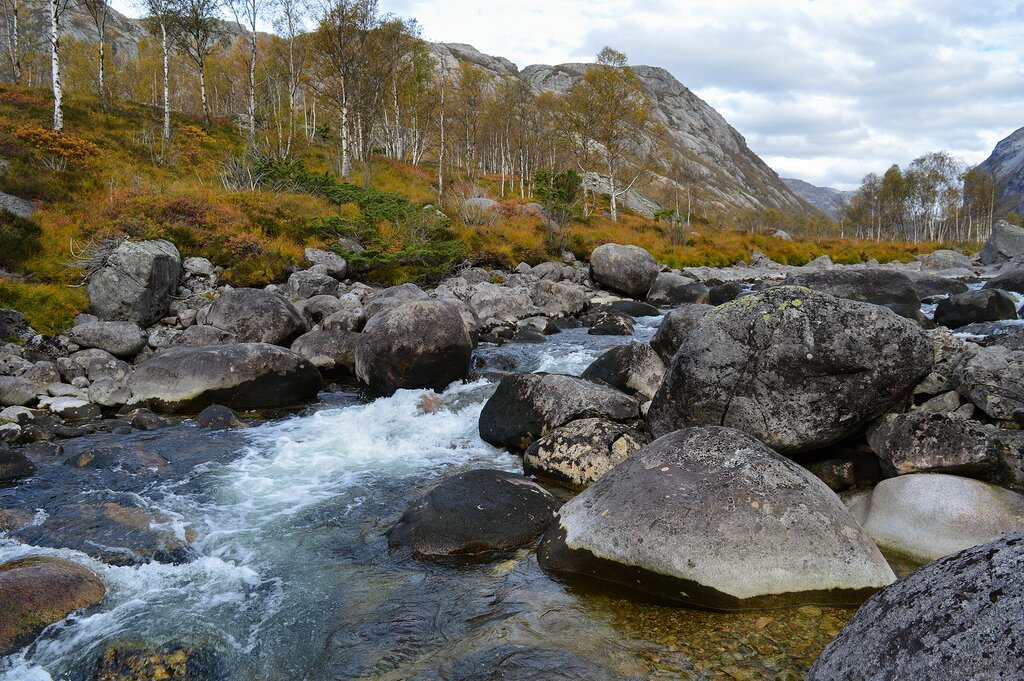 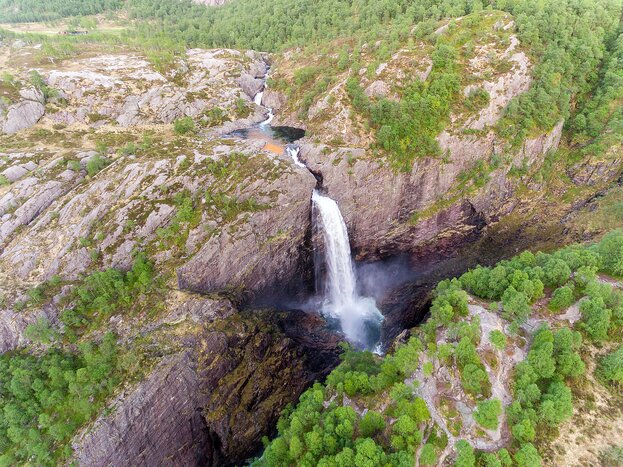 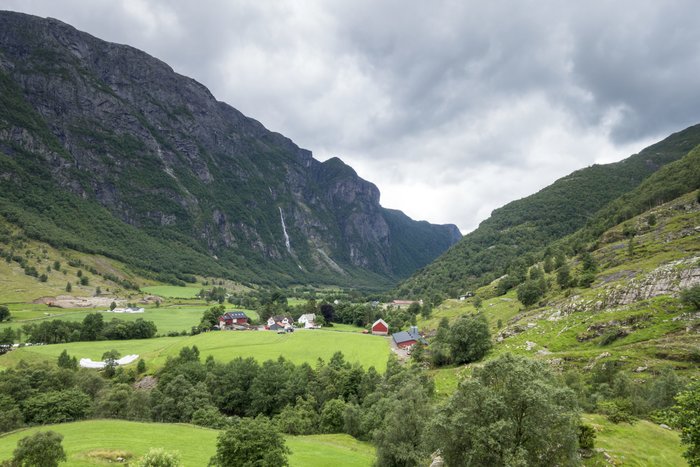 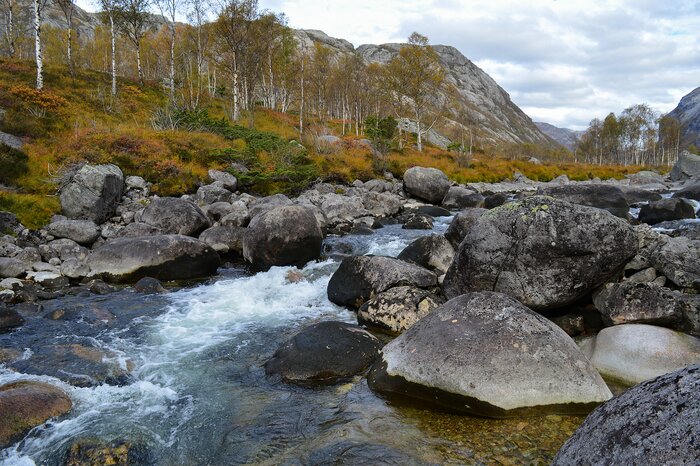 Combine Norway's glacier-carved mountains with a hike to the highest waterfall in southwestern Norway and visit some of the region's cultural landmarks. Your excursion begins with a drive into the mountains, passing pastures, meadows, valleys, and fjords as you make your way to the hike's trailhead. The first leg follows a steep and slightly challenging path before meeting a set of wooden stairs and stones, making the hike a bit easier.

At the top, you can enjoy the roar of Månafossen Waterfall, which plunges 300 feet (92 m) into the canyon below. The waterfall's force produces a breezy display of mist and rainbows. Enjoy a break before continuing your hike upstream to the lush valley of Fidjadal. Warm up with a drink and snack as you observe a deserted mountain farm inhabited until 1915. After the break, you'll head back down to the trailhead.

The next part of the journey involves a visit to Byrkjedalstunet, which many describe as a miniature version of Norway. The site includes a charming country hotel, a restaurant serving traditional Norwegian cuisine, and a small-scale candle factory that serves as an outlet for local artisans. Finally, enjoy a bit of time to peruse the town on your own.

Just a few minutes up the road, you'll find Gloppedalsura, which is one of Northern Europe's largest screes. Formed about 10,000 years ago, it consists of a thick layer of huge boulders. Norwegian soldiers used the site as a natural defense barrier during the Nazi invasion in 1940.

Your adventure ends with a stop at the Viking memorial site Swords in Rock, where legend claims that King Harald Fairhair's triumph in battle resulted in Norway becoming one kingdom.

Read more about experiences in and around Stavanger.

Enjoy a scenic hike and discover the hidden beauty and legend of...

Stavanger is a lively university city with a vibrant atmosphere. Its...

Your journey to Flørli begins with a transfer to Høgsfjord, where a...

Round Trip Cruise in Nærøyfjord: Flåm to Gudvangen

Enjoy a scenic fjord cruise from Flåm to Gudvangen. You'll sail through...

Kayaking in the Sognefjord

The Sognefjord isn't nicknamed the "king of the fjords" for nothing....
Show more Norway experiences

Best Things to Do in Stavanger

Set in Southern Norway, Stavanger offers the best of all worlds:...

One of the most famous hikes in Norway offers few hotel options (enjoy...

The 3 Best Waterfront Hotels in Stavanger

When choosing a hotel in Norway's charming city of Stavanger, most...

Cities and Nature of Norway - 7 Days

This trip combines the culture of Norway's cities with active excursions...

With a backdrop of colorful foliage and fewer crowds, autumn is the...
Best of Stavanger

Kimkim has selected the best Norway travel agents so you'll have a...
Create your custom-made trip to Norway
Get Started
To improve your online experience, we use cookies for enhanced functionality and analytics.
We recommend allowing these functions for the best experience possible.