Corfu is an island on Greece's northwest coast, in the Ionian Sea. Also, according to Homer's masterwork, The Odyssey, it was the island of the Phaeacians, where Odysseus was shipwrecked during a storm while trying to escape from the nymph Calypso. This guided tour follows the plot points of that epic poem over the course of six fascinating hours.

Some highlights include stops at the blue-green waters of Paleokastritsa Bay, one possible location where, in the tale, Odysseus washed up on the shore and was discovered by Princess Nausicaa. Another possible site of this first meeting is the long, crescent-shaped Ermones Beach, perfect for sunbathing. The tour also includes a visit to the Kanoni peninsula area of the main town, which features views of the islet of Pontikonisi and is also heavy on Greek mythology.

Read more about unique and interesting experiences in the Greek Islands. 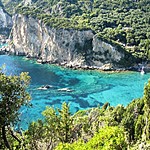 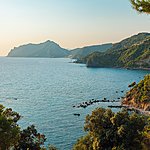 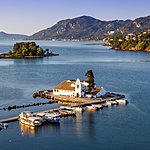 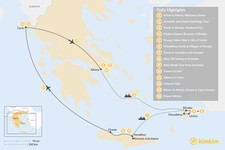 Odysseus's journey lasted 10 years as he tried to get home after the Trojan War. Your two-week journey will take a little less time but hopefully feel equally legendary with this itinerary. After a mythology tour in Athens, you'll head to the island of Rhodes to explore in its medieval old town. Proceed to Crete to wander the Palace of Knossos, once home to labyrinth of the Minotaur, then sail to some of the very places Odysseus set foot from Corfu before you return to Athens. 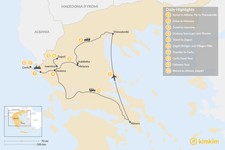 Enjoy an unforgettable journey through the varied landscapes of northern Greece with this 10-day itinerary. Explore Thessaloniki with its incredible Byzantine architecture before making your way to the clifftop monasteries of Meteora. Travel to the atmospheric silver lake at Ioannina and trek through the mountain villages of Zagori. Then head to Corfu, where you'll fill up on a culinary tour of the island and trace the footsteps of the legendary traveler, Odysseus.

Like many other countries in the Mediterranean, Greece has been...
Show more Greece experiences