Vikingaheimar is the home of the Viking ship called Íslendingur, "The Icelander," a replica of the famous Gokstad ship that was almost completely intact when excavated in Norway in 1882. Set near Keflavík International Airport, just 40 minutes from Reykjavík, the replica and museum were established in 1996. The museum offers an interesting experience learning about the life of the Vikings with four exhibitions: the Icelander Viking Ship, the Vikings of the North Atlantic, the Settlement of Iceland, and the Fate of the Gods.

Experts believe the Íslendingur was built in the 9th century CE and, therefore, comes from the settlement period of Iceland.  A ship like this would have a crew of 70, including 32 rowers for the oars. Most likely, Leif Eiríksson sailed on a similar vessel when he traveled to North American nearly 1,000 years ago.

The other exhibits go a bit further into the Viking expansion across the North Atlantic and their settlement of Iceland. You'll view several relics and archeological findings, including those from an ancient farmhouse. You'll also learn about the pre-Christian Scandinavian religion and the many gods and goddesses they worshipped.

Discover other unique cultural and historical experiences in Iceland. 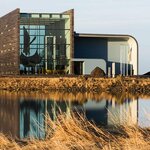 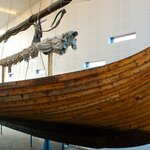 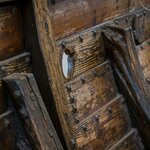 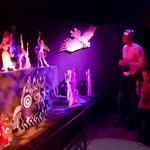 Set on the Snaefellsnes Peninsula is the scenic Ytri-Tunga, a golden...

Soak in the Secret Lagoon

You'll find the Secret Lagoon about 1.5-hours east of Reykjavik, near...

Hop aboard a Super Jeep (a special vehicle made specifically to navigate...

Walking through the electric-blue ice cave of the Vatnajökull glacier is...

Set on the Snaefellsnes Peninsula is the scenic Ytri-Tunga, a golden...

Best Things to Do in Reykjavik

Reykjavik, the Icelandic capital, is an excellent hub for exploring some...
Best of Reykjavik

Kimkim has selected the best Iceland travel agents so you'll have a...
Create your custom-made trip to Iceland
Get Started