Not far from the bustle of the ancient Roman city of Split and the equally dynamic island-city of Trogir rests a number of the coast-hugging central Dalmatian islands, including Drvenik Veli and Šolta. Quieter than most, you'll delight in the sun and sea on a full-day excursion to these island gems on a private speedboat tour.

You'll set out early in the morning from either Trogir or Split and cruise first through the Trogir archipelago to drop anchor in the small, protected Blue Lagoon (Krknjaši) on the southeastern end of Drvenik Veli. While there's not much to do on the island, its the unspoiled nature and stunning azure waters of the island's shoreline that attracts visitors. Here you'll have the pleasure of spending time swimming and snorkeling directly off the boat, working up an appetite in time for your next island visit: Šolta Island.

Far from modern life, Šolta is one of southern Dalmatia's more sleepy islands covered in hilly scrubland and olive groves peppered with small groups of stone-house villages, deep bays, and attractive harbors. You'll break up the trip en route to Stomorska with visits to a settlement or two to indulge the senses in a wine tasting accompanied by Dalmatian delicacies, like sage honey, brandy, almonds, and dried fruit. And once docked in Stomoroska's picturesque port—the last stop of the tour as well as Šolta's oldest town—you'll be able to take in the scene of lively harbor activity and understated charm: quaint captains' houses, tiny yards and gardens, and narrow alleys with flowerpot-lined stairways. 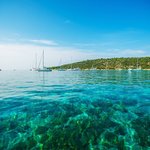 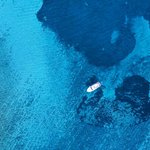 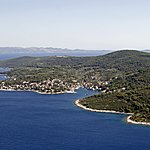 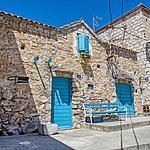 Enjoy a full day of off-roading fun with your partner, friends, or...
Show more Croatia experiences