Today you’ll explore a beautiful region at the borders of Umbria, Tuscany, and Lazio. This area features Orvieto, Lake Bolsena, Pitigliano, and Viterbo.

Visit Orvieto, a small hilltop town populated since the Etruscan times. Then, swap cobblestones for scenic nature at Lake Bolsena and enjoy a leisurely walk or break. Next, make a detour to discover Italy’s hidden gem of Pitigliano, and finally visit Viterbo, a city with important history, beautiful churches, fountains, and stairs.

1. Orvieto is impressively situated high upon Tufo rocks and is famous for white wine and gelato! It has one of the most beautiful cathedrals in Italy and acts as a labyrinth of small alleyways with shops and restaurants.
2. Bolsena Lake provides a natural border between Tuscany and Latium. Surrounded by the ancient Via Cassia, the views from the road are amazing, especially between Val di Lago and Bolsena. The town of Bolsena and the lake’s beaches are also worth a stop. Explore the town's charming streets, sit on a medieval rock by the lake, enjoy stunning views, discover historic buildings, or have a meal in delicious cafes and restaurants. At the lake, you can swim, fish, or rent a bot.

3. Pitigliano is a breathtaking town carved into the Tufo rock. In the heart of the Tuscan Maremma, Pitigliano is one of the most beautiful villages in Italy. Also known as "Little Jerusalem," the town hosted a large Jewish community within its walls in the 16th century.

4. Viterbo has the largest medieval historical center in Europe.
Linked to the legend of Hercules, who drove a huge pole into the ground giving rise to pure water, the Thermal Baths of Viterbo have very ancient origins. They were very famous in Etruscan times, but it was under the Romans that they became increasingly popular, especially among the families of wealthy patricians. After neglect in medieval times, the springs resumed in the 13th century for therapeutic purposes. It is said that the grandeur of the Viterbo baths struck Dante Alighieri himself! The use of baths has continued to this day, but the most important include the Baths of Masso or Massi di S. Sisto, the Baths of the Jews, the Baths of the Zitelle, and the Baths of Bacucco.

Read more about unique and interesting cultural experiences in Italy. 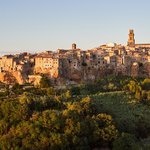 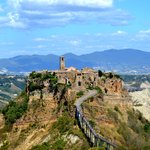 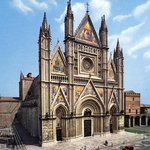 Step off the beaten path and discover some of central Italy's hidden...

Skip the crowds on this packed 6-day jaunt through Italy’s lesser-known...

This leisurely 9-day itinerary introduces you to the medieval hill towns...