Enjoy your day exploring some of the most beautiful medieval towns in Umbria, perched on hills with panoramic landscape views. Thanks to its position right in the country's center, this region is known as Italy's “green heart” crossed by the Apennines Mountains. You’ll have the chance to visit Lake Trasimeno, discover the small town of Assisi, explore Perugia, and taste local wines dating back to the Roman-Etruscan times more than 3000 years ago. The region is home to some of the most authentic wine estates in Italy!

All the towns of Umbria are relatively small yet home to world-class museums and remains of Roman Umbria, which you can’t find in neighboring Tuscany. The Renaissance was undoubtedly born in Tuscany, but it flowered equally in Umbria, where every town, even when its character was essentially medieval, is the home of wonderful Renaissance architecture. And, like every region of Italy, Umbria has its own cuisine and specialties, Norcia being the most famous for its cured meats.

The region of Umbria is a top destination for those who love medieval history, with small stone villages perched on hills, rural churches, and majestic fortresses overlooking wild nature where olive trees and vineyards rule. Moreover, Umbria is where invaluable historical and art remain untouched.

Visit Lake Trasimeno: This area is full of castles and sites like Palazzo della Corgna, la Rocca del Leone, Torre di San Savino, la Rocca Bagliona, i Ruderi del Castello di Zocco, and the village of Monte del Lago. Take a tour of the lake, stopping at several villages in the surrounding hills like Paciano, Panicale, and Città della Pieve en Chiusi. Or, stop at one of these special spots on the lake’s shores:
Before or after visiting the lake, you can stop at some beautiful wineries on your way. A few options include:
Visit Assisi: This UNESCO World Heritage Site is known as the birthplace of Saint Francis and Saint Clare and has become a world-renowned pilgrimage destination. In Assisi, you'll find traces of its Roman past and many buildings dating back to medieval times. The nature reserve in the mountains behind the town makes for the perfect backdrop. A few places worth a visit include:
Visit Perugia: This picturesque medieval Umbrian city has a history that spans many eras with little change in more than 400 years. Even though it's located on a hill, several escalators link the upper and lower reaches.

The city has over 5 miles (9 km) of defensive walls dating from different eras. In the center proudly stands the La Fontana Maggiore (its three levels represent stories from the Bible), one of the most intriguing fountains in Italy. On the same square is the Cathedral of Perugia, and nearby is the Pozzo Etrusco (Etruscan well), plus many other sights to see. Don't forget the Rocca Paolina, where you can stroll through the antique streets that Pope Paolo III once ordered to destroy, building his own fortress on top. A late afternoon stroll over the Corso Cavour and the Corso Vanucci is surely worth your time.

Read more about unique and interesting cultural activities in Italy. 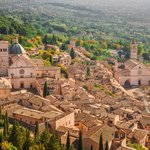 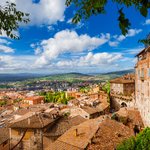 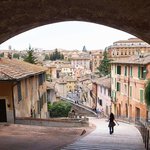 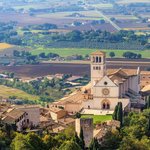 Elba is the largest island of the Tuscan Archipelago and is easily...

Enjoy a wine-tasting tour in the Tuscan countryside, vising the...

Dinner at a Castle in Tuscany

Enjoy the ultimate gastronomic experience with a 4-course Tuscan dinner...

Discover the scenic and delicious town of Siena with a guided walking...

Discover the charming hilltop Tuscan town of Montepulciano and its...

This self-drive tour around Tuscany is perfect for those looking to...

Hiking the Hill Towns of Tuscany in Val d'Orcia: Montepul...

Explore the magnificent natural beauty of the Val d'Orcia region in...
Best of Montepulciano