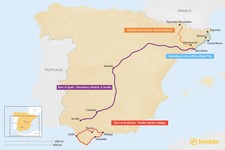 With one week in Spain, you can take a fast-paced trip to experience Spain's top cities, Barcelona, Madrid, and Seville. Or dive deeper into one region by sampling the legendary cuisine of the Basque Country, laze on Mediterranean beaches, tour Madrid, or enjoy some unique culture in the southern Andalusia region. Below we list five different itineraries that show you how.

This seven-day itinerary allows you to experience the best of Spain while traveling to cities in three distinct regions: Barcelona, Madrid, and Seville.

It starts with your arrival in Barcelona, the capital of Spain's Catalonia region and one of the finest cities on the Mediterranean coast. Over the first two days, you'll visit some of Barcelona's most famous sights, including modernist architectural gems by Antoni Gaudí like Park Güel and the Sagrada Familia basilica. On Day 3, it's off to Madrid, where you'll tour the cobbled streets of the Old City, visit the Royal Palace, and sample delectable cuisine one bite at a time in the city's tapas bars.

On Day 4, you'll visit the "art triangle," which is comprised of three different museums. These include the Museo Nacional Thyssen-Bornemisza (featuring one of the world's largest private art collections), the Museo Nacional Centro de Arte Reina Sofía (Spain's national museum of 20th-century art), and the famous Museo Nacional del Prado, which displays works by heavyweights such as Goya, Bosch, El Greco, Titian, and Diego Velázquez, among others.

Day 5 will take you from Madrid south to Seville, the capital of the Andalusia region, for a visit to the Royal Alcázar, a palace used by the royal court for centuries. Day 6 will see you enjoying some city highlights from the back of a horse-drawn carriage, and these include the expansive Plaza de España and the 16th-century Seville Cathedral, which is the largest gothic church in the world. On your last day, you can enjoy one final stroll around Seville before catching your flight home. Learn more

This weeklong adventure combines the metropolis we all know and love with some of Catalonia’s more rural and less-visited gems. Expect to mix the fun of Barcelona with the bucolic beauty of mountain towns, old monasteries, and Roman ruins.

Days 1 and 2 see your arrival in Barcelona followed by a self-guided tour of the highlights. This includes strolling La Rambla, visiting the gothic-modernist Sagrada Familia cathedral, and a tour of La Boquería Market, which dates back to 1217 and is a great spot to acquaint yourself with Catalan cuisine. Day 3 is a real treat as you board a private sailboat and cruise along Barcelona’s coast.

On Day 4, you’ll embark on a trip outside of Barcelona to the Montserrat Monastery, which dates to the 11th century and sits on a mountaintop affording incredible views of the valley below. On Day 5, you’ll venture into the Pyrenees Mountains for a canyon hike and then overnight in one of the area’s well-preserved medieval villages. Days 6 and 7 allow more time to explore the Pyrenees before returning to Barcelona for some final sightseeing before catching your flight home. Learn more

Plan your trip to Spain
Chat with a local specialist who can help organize your trip.
Get Started

Over seven days, you’ll experience the landmark city of Barcelona while also heading south to discover even more of Spain’s Mediterranean coast. Pack your sunscreen and sunglasses because this trip is all about coastal fun.

Upon arrival in Barcelona on Day 1, you’ll get straight to the heart of local gastronomy with a stroll down La Rambla, followed by an evening bar-hopping as you sample traditional tapas and local wine. On Days 2 and 3, you’ll visit major city highlights on foot, plus take a bicycle tour around famous landmarks and neighborhoods like Park de la Ciutadella, the Gothic Quarter, and the city's main stretch of sand Barceloneta Beach.

On Day 4, you’ll leave Barcelona for a drive north along the Costa Brava and a number of stops along the way, including at Girona, a historic river city with Roman ruins. On Day 5, you’ll take to the water on a kayak tour around the hidden caves and coves of the Costa Brava, and Day 6 involves a wine tour around the Empordà region, near the border with France. On Day 7, you’ll transfer back to Barcelona for your journey home. Learn more

In an unforgettable week, you’ll discover one of the most evocative regions in Spain: Andalusia. This sultry southern province is home to rich Islamic and Roman-Catholic heritage, which you'll find on a tour of the major cities, including Seville, Ronda, and Málaga.

The trip begins with your arrival in Seville. You’ll get right into the mix with a delicious tapas tour of Seville’s various bars. Days 2 and 3 involve a walking tour of city highlights like the Seville Cathedral (the largest gothic cathedral in the world) and visiting a local art restorers workshop and the studio of a flamenco guitar maker.

On Day 4, you’ll leave Seville for Ronda, which enjoys a dramatic setting atop a mountain. Here you’ll visit Ronda’s famous bullring and also indulge in a wine tour. Day 6 sees you traversing the harrowing cliffside suspension bridges of the Caminito del Rey before returning to Seville on Day 7 for your journey home. Learn more

This seven-day itinerary allows you to experience Spain's capital as well as the highlights of the Basque Country at your own pace.

This itinerary starts in Spain's vibrant capital city of Madrid. You'll start acclimating to Spanish culture right away as you discover the bodegas of Barrio Las Letras and cultural landmarks like the Fountain of Cibeles. On Day 3, it's time to head North. You'll start by picking up your rental car and heading out of the city, enjoying the scenery as you wind your way to La Rioja en route to the Basque Country. An overnight stop in this famous wine region allows you to sample the local varietals to your heart's content.

The next morning, you'll continue to San Sebastián to sample Basque-style tapas (called "pintxos") and take a guided walking tour of the city center, including the picturesque Old Quarter. Your final stop is Bilbao, where you'll experience the stunning modern architecture of the Guggenheim Museum and get your final fill of pintxos before heading home. Learn more

Looking for more inspiration for your trip to Spain? Check out these other 7-day Spain itineraries, with outdoor adventures, cultural trips, and best-of tours to hit the highlights. 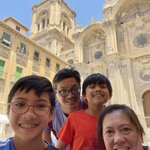 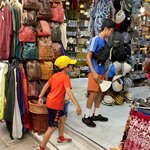 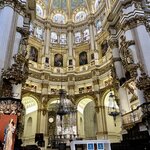 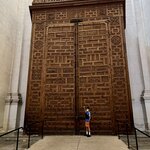 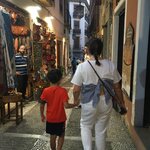 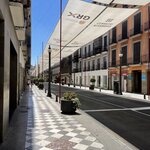 Make your way along a legendary 1,100-year-old trail and trace the...

In just one week, you can enjoy the perfect family holiday in Spain by...
Spain 7-Day Tours & Itineraries

In a mere five days, you can enjoy an unforgettable Spanish vacation....

On this 11-day self-drive adventure you'll visit not only the most...
Spain Tours & Itineraries

Spain is best visited in the shoulder season months of late spring (May...

Spain is one of the most popular travel destinations in the world, and...

Though just one country, Spain offers a lot of diversity in terms of...

How to Choose the Best White Villages to Visit in Spain

Southern Spain is known for its charming Pueblos Blancos, "white...

A trip to Spain in January means you’ll have many of this nation’s...
Spain Travel Advice

Eat and drink your way through northern Spain on this 11-day gastronomic...

The 8 Best Mid-Range Hotels in Ibiza

Thanks to Ibiza's cultural heritage of indulgence, even its mid-range...

The 8 Best Rural Hotels in Ibiza

Though a relatively small island with a reputation for beach clubs and...

The 5 Best Eco-Friendly Hotels in Ibiza

As a small island with a bohemian past, Ibiza is home to many...

The 6 Best Urban Hotels in Ibiza

As a small island, some travelers prefer to use one of Ibiza's cities as...

The distance between Barcelona and the beach town of Begur, located on...
Getting Around Spain

Mareeni S.
California, United States
"So grateful to have found Kimkim. Everything was seamless. Great communication and wonderful ideas. The concert at Palau de la Musica was phenomenal. Pint..." read more
Traveled to Spain as a family in December, 2022
M
Mary L.
Colorado, United States
"Our trip to Spain was absolutely spectacular. Bea was extremely helpful and knowledgeable. She suggested options for our itinerary that enhanced our trip...." read more
Traveled to Spain as a group in September, 2022

Robert M.
Texas, United States
"Kimkim paired us with Spanish travel specialist Irene who coordinated our 7-day drive through the Extremadura region southwest of Madrid, after we spent 10 d..." read more
Traveled to Spain as a couple in November, 2022
Create your custom-made trip to Spain
Get Started