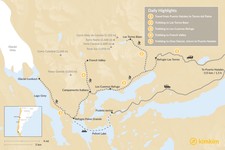 Hike in some of the most stunning landscapes in the Western Hemisphere, located at the extreme of the South American continent. This itinerary will be sure to challenge even experienced hikers, and offers stunning views of sharply-defined peaks, azure lakes, and vast ice fields.

Torres del Paine National Park is one of the most spectacular parts of the Patagonia region and the southern Andes. Located at the southern tip of the Americas, the park is a UNESCO World Biosphere Reserve and one of the most visited in Chile. This itinerary will cover the striking pointed peaks and massive glaciers of the Paine Massif and Southern Patagonia Ice Field, along what is popularly known as the "W" route based on its shape. In less than a week, you will trek through almost 37 miles (60 km) of trails and stay at a variety of lodges and shelters (refugios) overnight.

This tour is best suited for trekkers with hiking experience, or physically-fit adventurers who are willing to practice hiking trails with demanding conditions. Unless otherwise stated, it's best to start each day early around 9 am to cover as much ground as possible.

Note that the park requires an entrance fee which varies in price depending on whether it's the high season (October to April) or low season (May to September). Crowds are larger during the high season, which also overlaps with pleasant summer weather in the Southern Hemisphere. Accommodations and transportation on the first and last days are included.

Today is mostly a travel day, as you have a few transfers before arriving at the ultimate destination: Torres del Paine National Park. This is one of the most iconic and beautiful protected areas in Patagonia.

In the morning a driver will pick you up for the transfer to Santiago's airport, where you'll catch a flight to Punta Arenas, a city located deep in Chilean Patagonia on the shores of the Strait of Magellan. You'll then transfer from the airport in Punta Arenas for the three-hour drive to Torres del Paine, stopping en route in Puerto Natales, an attractive city situated on the Esperanza Sound. Here you'll enjoy a hearty local lunch complete with views across the water to the snowy peak of Mt. Balmaceda.

You'll then continue on to Torres del Paine. On the remainder of the drive, you'll likely spot some of Patagonia's famed wildlife, including guanacos (a type of camelid similar to a llama) and rheas. You'll then enter the park and transfer to your hotel.

Know that sunset usually occurs around 11 pm in the Patagonian summer months. So even though you'll arrive at your destination later in the day, you'll still have ample time to admire the surrounding mountain scenery. You certainly won't miss the iconic triple peaks of the Paine Massif, part of the Cordillera del Paine. They rise sharply into the sky like jagged horns, hence their nickname, the Cuernos del Paine (Horns of Paine).

Day 3: Trekking to Las Torres Base

Wake up and begin your first day of trekking. The first 4.5-hour stretch offers stunning views of Lake Nordenskjöld and Mount Almirante Nieto (2,670 m), following a steep trail until Refugio El Chileno. Then, continue on through temperate lenga forests for another hour to the base of a moraine, where you will finish off the day with another challenging ascent. After 45 minutes of climbing, you will reach one of the most breathtaking vantage points in the park, at the base of Torres del Paine.

Today's trail cuts through the base of Mount Almirante Nieto, part of the Paine Massif. After half an hour of walking, complete with great views of Lake Nordenskjöld, you will reach a shortcut to your right that leads towards Los Cuernos Refuge.

For the next 4-5 hours, hike through hanging glaciers, local flora, and rugged mountain scenery. Once you arrive at the base of Los Cuernos, you will have completed today's trail. Recover and rest in one of the park's most serene locations, then retreat to your lodge for tomorrow's rigorous trek.

One of the itinerary's most challenging hikes, the trail to French Valley, will start with two hours of ascents and descents near Lake Nordenskjöld toward Campamento Italiano, a forested campground from where the trail enters the valley. Due to the intense inclines, it's best to start an hour early and bring only the bare necessities (such as food, water, and layers) in a smaller backpack.

Next, a one-hour ascent will take you up to another viewpoint, where you can appreciate a fantastic view of the hanging glacier and possibly even minor avalanches. The trail then continues until you reach another campground, Campamento Británico.

After another 20 minutes, you will arrive at Mirador Británico, today's final lookout point and one of the most jaw-dropping in the entire circuit. Admire the peaks and glaciers of Paine Grande, Cerro Hoja, Cerro Máscara, Cerro Catedral, Cerro Aleta de Tiburón, and Cuerno Norte before returning to Campamento Italiano and then to the Pehoé sector.

Day 6: Trekking to Grey Glacier and return to Puerto Natales

On your final day of trekking, you will be able to see one of the largest and most iconic glaciers in the park's ice fields, Grey Glacier. The route to the outlook goes through the western side of the Paine Massif and also provides views of Grey Lake, which contains the glacier, as well as nearby mountains. If you'd like, you can leave your backpack in the storage room at Refugio Paine Grande for the day.

Once you reach the first lookout point, after a 1.5-hour hike, you will reach the main lookout right in front of the glacier. Get a full view of the miles of floating icebergs and expanding jagged ice formations, then return back along the same route towards Pehoé Lake. Finally, head to the adjacent pier by 6 pm and depart on a scenic Catamaran ride at 6:30 pm for a ride across Pehoe Lake to the Pudeto sector. A bus ride will have you back in Puerto Natales by 10 pm.

It's time to say goodbye to Patagonia and Chile. In the morning, you’ll take a private transfer from Puerto Natales to the Punta Arenas airport. There you'll catch a domestic flight to Santiago and transfer to the international terminal for your flight back home. ¡Buen viaje!

Looking for more inspiration for your trip to Patagonia? Check out these other Patagonia itineraries, with outdoor adventures, cultural trips, and best-of tours to hit the highlights. 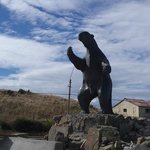 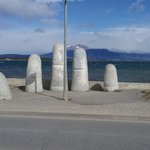 This weeklong adventure highlights an important trail on the very tip of...

Have you ever dreamed of trekking through one of the most famous and...

There's no other way to state it plainly: this three-week journey to the...

How Many Days to Spend in Patagonia?

How Many Days to Spend in Patagonia?