Watch your literary heroes spring to life as you through the historic heart of Paris's famed literature scene.
You'll summon the spirits of literature's greatest talents, all of whom lived in Paris and perfected their craft by observing the city's street life and romantic intimacy. Known famously as the "Lost Generation," writers and artists, including Gertrude Stein, Ernest Hemingway, Ezra Pound, Picasso, and James Joyce, all called the city home. Other writers who used Paris as a muse include Simone de Beauvoir, Victor Hugo, George Sand, Oscar Wilde, James Baldwin, and more.
You'll relive moments from your favorite stories as you retrace the authors' inspirations throughout the Left Bank, pausing to hear enlightening tales of their lives, their loves, and, occasionally, their lunacy. Stops include the iconic Shakespeare & Company, the literary haunts of Boulevard Saint-Germain, and a charming Parisian café break. 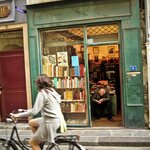 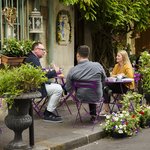 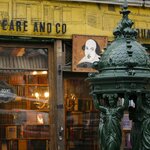 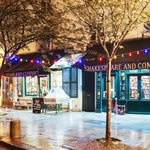 Be a Parisian for the day and explore the hip neighborhood of Le Marais....

Treasure Hunt at the Louvre in Paris

The Louvre in Paris may seem like just a tourist's obligation, just as...

Eating pastries and enjoying art is synonymous with French culture, and...

Celebrate your stay in France with an elegant lunch featuring a...

They're all the rage in Paris and beyond—chic, colorful, and delicious....

Planning Your Perfect Honeymoon in France

Ask soon-to-be honeymooners around the world to reveal their dream...

France has always been the center of culinary envy, known worldwide for...

Because France is a large and diverse country, it's an ideal location...

France is an active traveler's dream, with sandy beaches in the north,...
Best of Paris