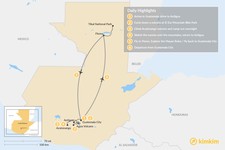 This trip to the heart of Central America offers fascinating historical culture, thrilling adventure, and jaw-dropping vistas. You'll fall in love with the charming colonial city of Antigua, learn about ancient Mayan civilization, and hike and bike some of Guatemala's stunning mountain volcanoes.

When you land in Guatemala City, your driver will meet you at the airport and transport you to your hotel in the nearby colonial city of Antigua. Set amid a backdrop of three volcanoes, it's easy to see why this colorful city is a designated UNESCO World Heritage Site. Antigua is filled with ornate Spanish baroque architecture and charming pastel facades, and is blessed with spectacular mountain views. Spend the rest of your day roaming the quaint cobblestone streets, browsing vibrant craft markets, and sipping locally grown coffee while people watching in Parque Central, the city's main plaza.

Gear up for an action-packed day on the trails of El Zur Mountain Bike Park! Located in the foothills of the Volcan de Agua, this private park offers over 15 miles (25 km) of manmade trails. Take the 4x4 shuttle to the top of the reserve at an elevation of 8,500 feet (2,590 m), and then cycle down the rolling jungle paths of the volcano in a thrilling descent. You'll have lunch on the trail, and return to Antigua for the evening. Take it easy and rest up ahead of tomorrow's challenging hike.

Plan your trip to Guatemala
Chat with a local specialist who can help organize your trip.
Get Started

After breakfast at the hotel, you'll set out to the village of La Soledad, about an hour's drive from Antigua. This sleepy village is nestled into the mountainside of Acatenango, the third tallest volcano in Guatemala. You'll hike through four distinct microclimates on your way to the top, each taking around an hour.

The first leg will take you up a steep trail through farmland used by villagers to grow corn, snow peas, and lilies. You'll continue on through a tropical cloud forest, featuring some of Acatenango's oldest trees and most varied biodiversity. It's also home to Guatemala's national bird, the strikingly colored quetzal. Once on the other side of the cloud forest, you'll be rewarded with a picnic lunch with sweeping views of the surrounding volcanoes.

After lunch, the trail will lead you through a temperate coniferous forest up to the tree line of the volcano, where you'll set up camp for the night at an elevation of 12,300 feet (3750 m). Relax for the rest of the day as you take in panoramic views of the Antigua valley below and the neighboring Volcan de Fuego, a very active volcano. Get cozy with some hot tea or coffee as your guides prepare a fresh dinner.

Day 4: Watch the Sunrise Over the Mountains and Return to Antigua

You'll have an early morning today so that you can reach the summit of Acatenango in time for an unforgettable sunrise over unspoiled views of the Guatemalan highlands. On a clear day, you can see all the way to the Mexican border! You'll return to the campsite for breakfast, and then begin your descent to La Soledad.

From there, you'll return to Antigua, where you'll have the rest of the afternoon to spend as you like. Sample the delicious street food Guatemala is famous for, like elote (corn on the cob), tacos, and rellenitos (fried plantains stuffed with refried beans). Pay a visit to some of the dozens of beautiful churches around the city, like the bright yellow La Merced or the San Francisco Church. Meander through some of Antigua's many art galleries, or take a salsa class and dance the night away.

You'll have another early morning and a quick local flight to the town of Flores in northern Guatemala. A shuttle bus will take you from the airport directly to Tikal National Park, where you'll explore the ancient Mayan ruins. Situated in the heart of a lush rainforest, this vast network of limestone pyramids and temples dates back to the 6th century B.C. and is among the most impressive archaeological sites in Central America.

Wander around the palaces and monuments, decorated with stone carvings and hieroglyphics. Learn how this sophisticated culture accounted for everything in its city from ball game courts to irrigation to designated outlets for artistic expression. Enjoy a relaxing lunch in the park in your tropical surroundings. Listen to the jungle sounds as you keep an eye out for animals like parrots, howler monkeys, and anteaters. Big cats like jaguars and pumas have been known to roam the area as well. In the evening you'll fly back to Guatemala City, where you'll spend your last night.

After indulging in a hotel breakfast, say your goodbyes to beautiful Guatemala and head towards the airport for your onward flight. 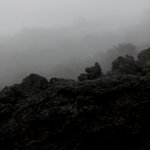 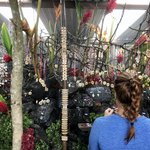 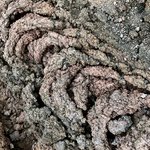 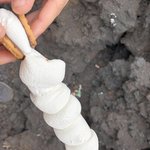 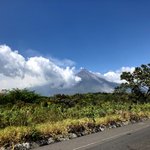 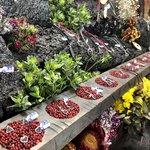 Escape to Guatemala's Caribbean coast on this action-packed 6-day...

This whirlwind itinerary introduces you to the highlights of Guatemala's...

With warm days and cool nights, winter is the perfect time to delve into...

Indulge your cravings for adventure on this brisk getaway to Guatemala....
Guatemala 6-Day Tours & Itineraries

This five-day Guatemala adventure begins with a walking tour and...

This action-packed tour combines outdoor sports with the beauty of...

In just six days, you'll enjoy an unforgettable adventure around...

This quick yet action-packed itinerary includes the best adventures in...
Best of Antigua

This active adventure will take you on hikes around three different...

This quick yet action-packed itinerary includes the best adventures in...

In less than a week you can experience some of the most phenomenal...

Make time for a quick getaway to Guatemala for adventures in its cities...

Escape to Guatemala's Caribbean coast on this action-packed 6-day...

With warm days and cool nights, winter is the perfect time to delve into...

Embark on a five-day, Mayan-themed expedition through Guatemala. Begin...
Best of Guatemala City

This eight-day trip packs in some of Guatemala's greatest hits, from...

Experience the rich culture and natural beauty of Guatemala on this...

Immerse yourself in ancient Mayan culture while traveling in style on...

Delve into the incredible natural beauty and diverse cultures of...
Guatemala Tours & Itineraries

Make the Most of Your Time in Guatemala

How Many Days Should You Spend in Guatemala?

Guatemala's relatively small size allows you to comfortably visit its...

With a week in Guatemala, you can experience the best of multiple...

In 10 days, you can visit many regions of Guatemala, embark on active...

In two weeks you can travel the whole of Guatemala and enjoy its...

January is one of the best times to visit Guatemala, with warm, dry...

Not as hot as the spring months (and not as busy as the holiday season),...

Marking the end of the winter and the beginning of the humid spring,...

April is the hottest—and holiest—month in Guatemala. It's just as well...

Guatemala in May: Travel Tips, Weather, and More

May is the beginning of the rainy season in Guatemala, with hot humid...
Guatemala Travel Advice

Kimkim has selected the best Guatemala travel agents so you'll have a...

This eight-day trip packs in some of Guatemala's greatest hits, from...

Guatemala’s climate is as varied as its terrain—from tropical rainforest...

Experience the rich culture and natural beauty of Guatemala on this...

Immerse yourself in ancient Mayan culture while traveling in style on...

Experience the best of Guatemala and its Caribbean neighbor Belize on...

Get to the heart of Guatemala's culture by touring ancient ruins,...

The highlights of Guatemala are many, and you'll experience most of them...

See the best of Guatemala over 11 action-packed days. It begins in the...

Lace up your hiking boots, grab a paddle, and hop on a mountain bike for...

How to Get from Antigua to Lake Atitlan

Just under 50 miles (80 km) from Antigua in the Sierra Madre highlands,...

How to Get from Lake Atitlan to Semuc Champey

How to Get from Guatemala City to Lake Atitlán

To get from the capital of Guatemala City to Lake Atitlán, you'll have...

How to Get from Guatemala City to Semuc Champey

How to Get from Guatemala City to Panajachel

The main transport hub for Lake Atitlán is the bustling town of...

How to Get from Antigua to Semuc Champey

Located in the Central Highlands of Guatemala, the tiered turquoise...

How to Get from Antigua to Panajachel

Panajachel, on the northern shores of Lake Atitlán, is the main...

How to Get from Lake Atitlan to Tikal National Park

There are a few ways to get from Lake Atitlán to Tikal National Park,...

How to Get from Antigua to Guatemala City

The distance between the 500-year-old colonial city of Antigua and...

How to Get from Tikal National Park to Guatemala City

Tucked away in the jungle just under 330 miles (530 km) north of...
Getting Around Guatemala

Simone B.
New York, United States
"I can't say enough positive things about our trip to Guatemala and Belize. Eduardo did a fantastic job organizing everything. We loved the itinerary he prepa..." read more
Traveled to Guatemala as a couple in December, 2022

Ja'neisha W.
Georgia, United States
"I came to Guatemala for my birthday trip and couldn't believe how amazing the experience was. From the moment I arrived in Guatemala City, the entire staff m..." read more
Traveled to Guatemala solo in November, 2022