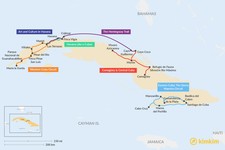 Cuba may be an island, but that doesn't mean you have to spend all your time in one area. Whether your priorities lie in exploring the countryside or immersing yourself in Havana’s urban culture, it’s easy to craft a satisfying five-day itinerary with these expert suggestions.

Five days may make for a quick visit to Cuba, but a well-thought-out itinerary can cover a lot of bases in less than a week. Whether you’re interested in revolutionary history or the legacy of author Ernest Hemingway, whatever you choose will guarantee a stunning setting and exposure to Cuba’s unique and engaging culture. Let these suggested itineraries inspire you as you plan a unique Cuban vacation.

#1 Art and Culture in Havana

This itinerary is perfect for travelers interested in art but who also want to experience Cuba’s broader cultural palette. With three days in Havana, you can sample a wide range of artistic experiences, starting by exploring Habana Vieja (Old Havana). Be sure to visit Taller Experimental de la Gráfica—a print-making workshop—off Plaza de la Catedral. Scores of art galleries await discovery as you walk the nearby streets.

Further afield in Havana are renowned artists’ studios, such as Casa-Estudio Kadir López-Nieva, in the Kohly neighborhood, and the Kcho Estudio Romerillo in Miramar. In Jaimanitas you'll find the not-to-be-missed Fusterlandia—an extraordinary community art project that's the brainchild of eccentric artist José Fuster.

Havana’s music-and-dance scene is no less inspiring. There’s something for everyone, from Saturday evening choral and classical performances in the Basilica San Francisco de Asís, to a Sunday afternoon rumba at ‘Salvador’s Alley,’ to sultry salsa at Casa de la Música. The hottest venue in town? Fábrica de Arte, a multimedia art space in Vedado with something for every taste.

To round out your trip, head out of town on a two-day jaunt to Las Terrazas—a one-hour drive west of Havana—and nearby Soroa, sibling mountain communities with several artists’ studios open to view. You can even overnight in Soroa at the Casa Estudio de Arte, in the home of artist Jesús Gastell Soto. For ideas on more creative places to lodge during your stay in Havana, check out this article on the city's best boutique hotels.

This enlightening itinerary checks off several must-see destinations associated with Nobel Prize-winning author Ernest Hemingway, who made Cuba his home for 21 years. Some say the ghost of "Papa" still stalks the cobbled streets and harborfront bars of Habana Vieja. If you see him, be sure to buy him a daiquiri.

Begin at Hotel Ambos Mundos, where Hemingway stayed throughout the ‘30s and wrote one of his most famous novels, For Whom the Bell Tolls. Room 511—his favorite—is now a museum. Head two blocks west for mojitos at bar La Bodeguita del Medio; then follow Calle Obispo west to restaurant/cocktail bar El Floridita, the author's favorite haunt, where a life-size bronze statue of Hemingway looks on as you savor a spirit. His preferred bar for mojitos was Dos Hermanos, on the waterfront and appropriately next to the Museo de Ron (Rum Museum). Take two days to explore these locales.

On day three head to Museo Ernest Hemingway, in his former home—Finca Vigía—at San Francisco de Paula, a 30-minute drive southeast of downtown. Combine it with a visit to Cojímar, the fishing village where he berthed his sportfishing boat, Pilar. Here, admire his bust, which sits beside an 18th-century fortress, the Fuerte de Cojímar. Order a paella at his favorite restaurant, La Terraza.

Spend the next day sportfishing out of Marina Hemingway. On the fifth day, head west by boat from the marina to Cayo Paraíso; a bust commemorates Hemingway’s many visits. Alternately, for your last two days, journey by Víazul bus or by car to Cayo Coco and Cayo Guillermo, settings for Hemingway’s real-life adventures hunting Nazi U-boats, as portrayed in Islands in the Stream.

To really experience Havana a lo Cubano (like a Cuban), combine your sightseeing with some quintessential local experiences. Upon arrival to the capital, rent a sexy Eisenhower-era convertible classic car for a ride along the waterfront Malecón. Then hit the Plaza de la Revolución on a panoramic tour finishing at the city’s western outskirts and Fusterlandia. On the next day hail a máquina: 1950s jalopies that operate as shared taxis (also known as colectivos) and run along fixed routes, charging a set amount of pesos for any distance. Many run past Parque Coppelia, the world’s biggest ice creamery, which, for just a few pennies, indulges the masses.

A fifth day could be spent with aficionados de beísbol (baseball fans) at Estadio LatinoAmericano. It’s the most fun you can have in Cuba on the cheap. At night join the Cubans who throng the Malecón. If simply strolling the seafront boulevard isn't enough, come on a weekend night and you'll become an impromptu actor when it transforms into an open-air theater.

Now follow the Costera Norte—the North Coast Highway—west via Morón, stopping to learn about cocodrilo ecology at the crocodile farm. Then hit the museum of sugar production at Museo de la Industria Azúcarera, where a ride on an antique steam train is offered. Spend your last two days sunning, swimming, and perhaps even scuba diving at Cayo Coco, with its sensational beaches, turquoise waters, and coral reefs.

This itinerary makes a loop to the tip of Western Cuba from Havana. You’ll need to arrange a car rental, or chauffeured ride before setting out along the Costera Norte coast road via Mariel to catch the afternoon ferry to Cayo Levisa. Enjoy a sublime evening on this cay, allowing time for an early morning swim, before continuing west to reach the modest beach resort of María la Gorda—a perfect base for scuba diving. Then, on day three, enjoy some birding and hiking in Parque Nacional de Guanahacabibes.

Next morning head east through tobacco country, stopping to visit the famous farm Finca Pinar San Luis on a pre-arranged guided tour. Continue to the city of Pinar del Río, with time to visit the tobacco factory, before arriving in Viñales. On day four explore the vast cavern—and former HQ of Che Guevara during the 1962 Cuban Missile Crisis—at Cueva de los Portales. Take the Autopista Nacional east and exit at Las Terrazas for a late lunch and forest hike. Then make the hour-long drive back to Havana.

This itinerary—which requires a rental car—makes a circuit of the rarely-visited southwest extreme of Cuba. Start by heading northwest from Santiago de Cuba via Basilica el Cobre—worth a stop to view the Black Virgin statue—for Bayamo. After lunch here turn southwest for Bartolomé Masó and climb south over the Sierra Maestra Mountains for the hamlet of Santo Domingo, which boasts a lovely riverside hotel.

Next morning you’ll want to hire a local driver for the daunting switchback drive to the trailhead for La Comandancia de la Plata—a five-hour round-trip hike to Fidel Castro’s former guerrilla headquarters. On day three descend to the time-worn fishing town of Manzanillo and wander its historic neighborhoods. Overnight here, then drive past sugarcane fields to the Cabo Cruz lighthouse before turning east and heading to the resort of Marea del Portillo, where hotels offer staggering views of the Sierra Maestra.

Your last day is a sensational drive as you run alongside the teal-blue ocean past wild, windswept beaches on a deserted road that delivers you by sunset back in Santiago de Cuba. 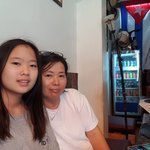 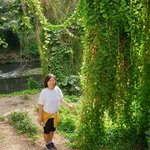 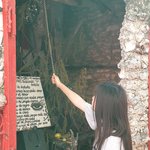 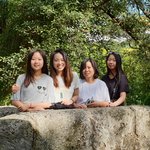 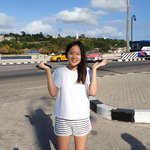 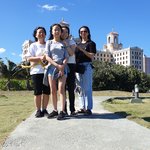 It's hard not to fall in love with Cuba. Set to a soundtrack of jazz,...