Cuba is a great destination at any time of year, but the best season to visit depends on your travel priorities. Whether you plan to bask in the warmth of a beach vacation, immerse yourself in the annual four-day jazz festival, or head deep into coffee country, you'll want to learn more about Cuba's seasonal offerings before planning your trip.

Planning Your Visit to Cuba

When planning a trip to Cuba, a major consideration should be seasonal weather variations. Its tropical climate and varied landscape lend to massive changes in temperature and rainfall throughout the year (though hours of daylight stay essentially the same). The island measures almost 800 miles from east to west and is influenced by both the Atlantic and Caribbean climate zones. When cold winter fronts sweep down from Canada and ice over Florida’s citrus, Havana feels the brunt; meanwhile, citizens of Santiago de Cuba at the eastern end of the isle may still be basking in warm sunshine.

Still, in general you should plan for mostly warm, clear days in winter months and hot and potentially stormy weather in summer, when humidity soars. North coast regions generally are wetter than the southern coast, and the cactus-studded southern shores of Granma, Santiago de Cuba, and Guantánamo provinces lie in a rain shadow that broils in summer. (Here's some more info on Cuba's main regions.)

Although the majority of Cuba's millions of annual visitors are secluded in all-inclusive resorts at Varadero and the offshore cays, during peak season Havana’s colonial plazas and the über-popular UNESCO World Heritage city of Trinidad can feel as crowded as Venice. Hence, it will pay dividends to carefully plan your trip. Even small tweaks, such as timing your museum visits for the moment they open, can help you beat the crowds and add to your enjoyment. And more remote areas, such as Baracoa and Granma Province, let you avoid the crowds and provide a more authentic experience regardless of season. 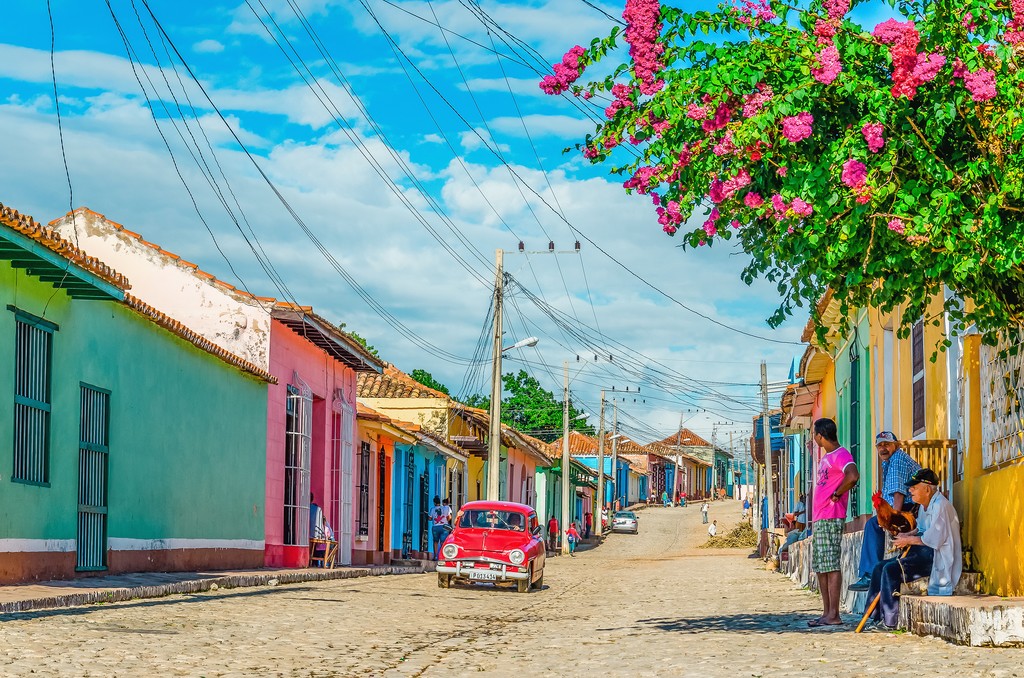 These are the busiest months in Cuba for tourism. In the peak months of January and February, Havana’s colonial plazas, the UNESCO World Heritage City of Trinidad, plus the village of Viñales in the heart of Pinar del Río province’s tobacco country, can seem overrun (Havana especially when the cruise ships are in port). This is also the peak season for popular festivals, and Havana is abuzz with celebration.

Hotel rates spike during these months, though most casas particulares (private B&Bs) stay open year-round and are a better bargain. Early planning is advised to secure preferred hotels and room rentals, as well as reservations at the most popular paladares (private restaurants) and for car rentals.

Despite having the best weather of the year, with mostly sparkling clear days and warm temperatures, western Cuba is subject to severe drops in temperature whenever cold fronts move south from Canada. Prolonged winter rains are often associated with these cold fronts, and visitors during these months should pack appropriate clothing. The eastern provinces are less prone to sudden and extreme variations.

Festival del Nuevo Cine Latinoamericano, Havana. Cubans are avid movie goers, so much so that many take their annual vacation during this festival, which screens avant-garde movies from throughout the Americas. Other cities also participate in the festival.

Procesión de los Milagros, San Antonio de las Vegas. Held each December 17, this is Cuba’s largest religious procession, when thousands of pilgrims walk or crawl (often dragging rocks tied to their ankles) to the Sanctuario de San Lázaro to beseech the saint for miracles they imagine his effigy can fulfill.

Las Parrandas, Remedios. This late-night celebration during Christmas Week features carnival floats plus a crazed firework competition that is not for the faint of heart—in fact, it can be considered darn dangerous! Other towns and villages in Villa Clara province also hold parrandas.

Habanos Festival. Havana. VIPs and cigar aficionados flock to Havana for Cuba’s premier cigar festival, which culminates with an invitation-only gala night at the Tropicana cabaret.

Spring in Cuba (March to May) 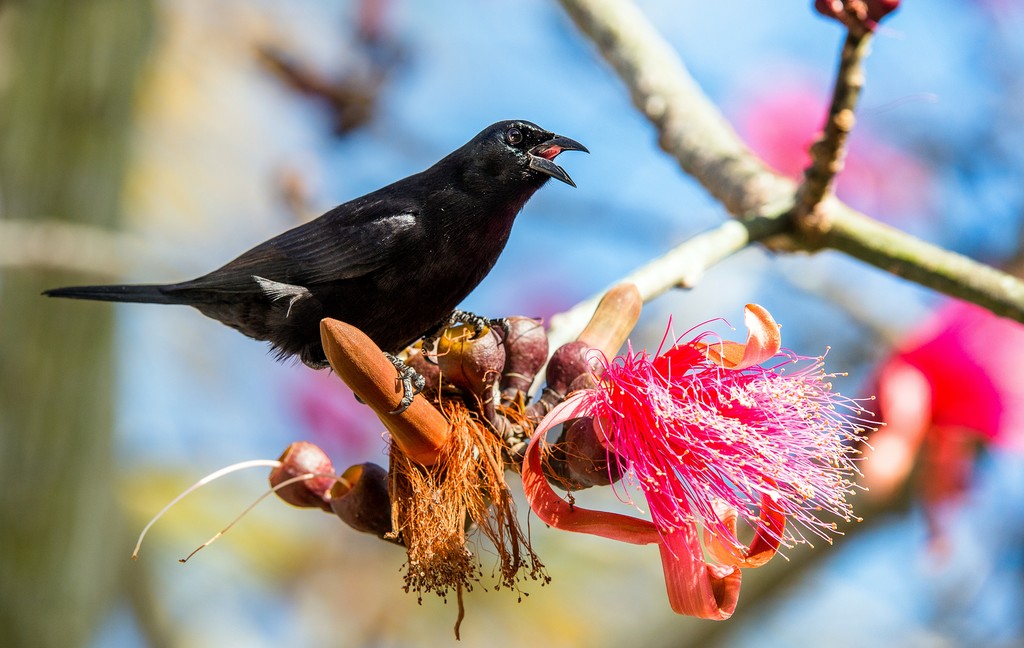 Cuba warms up gradually from March onward and by May the possibility of prolonged afternoon downpours is significant. However, the western provinces usually experience a prolonged dry period, known as la seca, extending through April with relatively little rain.

The eastern provinces, especially the cities of Santiago de Cuba and Guantánamo, are already noticeably hotter than Havana and the Western provinces at this time of year. March is still considered high season, and the most popular venues, such as Havana, Trinidad, and Viñales, are usually crowded with tourists. For travelers interested in Cuban culture, Catholicism has resurged in recent years and several cities host Easter celebrations complete with elaborate religious processions.

Cuba in March
Cuba in April
Cuba in May 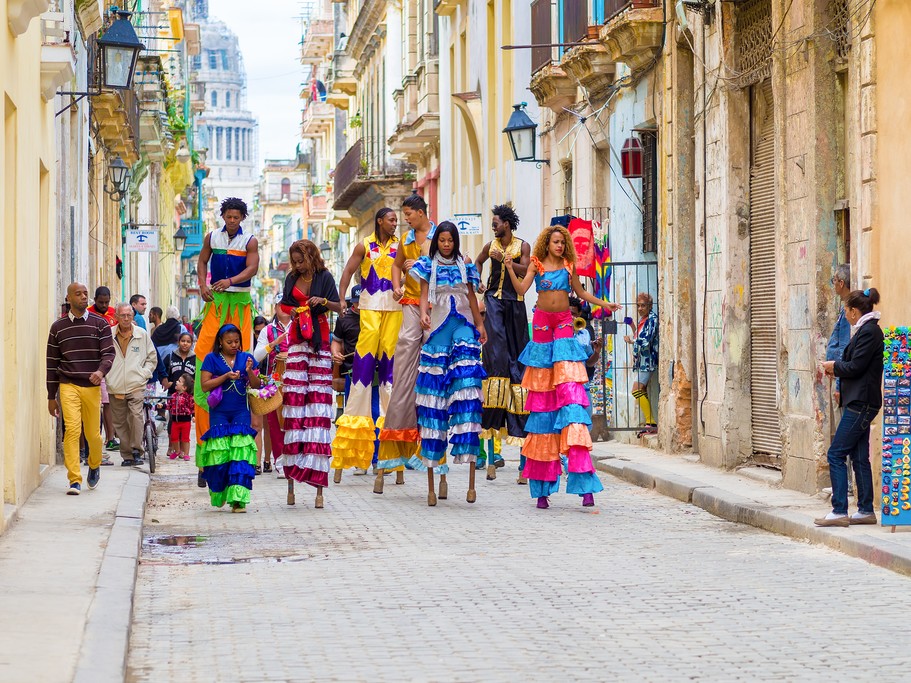 The bulk of rainfall occurs during the five-month ‘wet season,’ which understandably is also the low season for tourism. Although most rain falls in predictably heavy afternoon downpours following sunny mornings, long-lasting storms can also linger for days. This is also hurricane season, though Cuba is only struck by a hurricane once every three years on average (with September the peak month).

During this time of year, the air is saturated with humidity, and even the nights can feel like you’re in a sauna. The Eastern Provinces are the hottest part of the country, often insufferably so. The mountain regions of Santiago de Cuba and Guantánamo receive the highest rainfall of all, especially around Baracoa, which is surrounded by rainforest.

In spite of the weather, you'll find there are some major advantages to off-season travel. Budget-conscious travelers will be glad to see lodging rates plummet, and the beach hotels fill up with Cuban families taking advantage of discount packages. Car rentals are easier to come by at this time of year, and you’ll have a greater chance of securing a reservation at Havana's most in-demand restaurants.

It's not hard not to fall in love with Cuba. Set to a soundtrack of...

Kimkim has selected the best Cuba travel agents so you'll have a...