From the dreamy landscape of North India’s deserts to the tropical greenery of the South, India is an expansive country that encompasses a range of cultures, people, and landscapes. When choosing where to visit, it’s easiest to divide the country into distinct regions: North, West, South, East & Northeast, and Central India.

The weather is vastly different from region to region in India and an important factor in deciding when to travel. Generally, the best time to visit India is during the months of October to April, due to the overall moderate climates. The monsoon season lasts from the end of May to September. North India follows this pattern.

The best time to visit the South is from the end of October until March, but the weather varies from region to region. During the winter, Kerala's climate is not too humid but still warm, and it's an excellent time to see the backwaters by boat. The hill stations of the South are cooler during these months and a great way to escape the heat.

In Central India, Madhya Pradesh temperatures are cool in the winter; the monsoon season is heavy between July and September.

West India has excellent weather from November to February and maintains a hot temperature, especially in cities like Mumbai, but the summers can be unbearably hot with monsoon rainfalls. In East India, the cooler weather is from October to February with intense monsoons from June to October.

You can learn more about the weather in India in this article.

Northern India is best known for the tourist hub of Rajasthan, but it also offers the stunning hill stations of the Himalaya like Shimla and Rishikesh. Known as the "Golden Triangle" because of its shape on a map, the popular Rajasthan tourist cities of New Delhi, Agra, and Jaipur create a natural starting point for a North India vacation. Other options include the romantic enclave of Udaipur (featured in this roundup of honeymoon destinations) and the beautiful blue city of Jodhpur. The area of Ranthambore offers the opportunity to view Bengal tigers in Ranthambore National Park via daily safari rides in open-air Jeeps.

Northern India is home to some of the country's most notable cultural and historical attractions including the Taj Mahal in Agra, Mughal Red Fort in New Delhi, Fatehpur Sikri near Agra, the Amber Fort in Jaipur, and the Golden Temple in Amristar. Jaisalmer, an alluring desert town next to the Thar Desert, is a jumping-off point to explore the sandy expanse which forms the boundary between India and Pakistan. A camel safari is an ideal way to view the arid landscape.

The hill stations of the Himalaya, including Dharamshala, Rishikesh, and Shimla are also worth visiting, especially in summer months for their cool climates and superb scenery. Rishikesh, in the state of Uttarakhand, is a well-known haven for yoga study and spirituality on the banks of the sacred Ganges river. It's an excellent place for adventure sports, with more than half the state being mountainous terrain.

The sparsely populated but gorgeous area of Ladakh borders Tibet and is part of the Jammu and Kashmir state. The area offers stunning mountain scenery and trekking for outdoor adventurers. The high-altitude location is nestled in the Himalaya and Karakoram mountain ranges and is one of the last remaining territories of Mahayana Buddhism. In Ladakh, you'll be able to view stunning hilltop monasteries and beautiful lakes, such as Pangong Tso Lake, and the trekking is great (here are some routes to try). The town of Leh, brimming with restaurants and hotels, is an ideal starting point for a Ladakh vacation.

Interested in visiting Rajasthan? Get inspired with this 10-day tour.

West India is an expansive region that includes the states of Goa, Gujarat, and Maharashtra.

Maharashtra's pulsating heart of Mumbai is a cacophony for the senses with everything from historic sites to sumptuous street food at your fingertips. The fast-paced city offers main tourist attractions like Juhu beach, Hanging Gardens, and the Gateway of India. In Mumbai, there are myriad options for shopping and dining. You’ll love perusing the open-air markets to purchase artisan goods like silver jewelry and leather slippers. For more luxurious threads, there are many high-end boutiques throughout the city featuring local designs.

But Maharastra isn’t just appealing for the addictive energy of Mumbai. It’s also home to hill towns like Mahabaleshwar, located in the Sahyadri mountain range. Cascading with evergreen forests, the area was once a summer enclave for the British Raj and is a popular spot for city-dwellers wanting to escape the heat in summer months. Mhaismal offers a similar appeal and is also tucked in the Sahyadri mountains. Nearby you'll find the Ajanta Caves and Ellora Caves, the latter a UNESCO World Heritage Site, boasting Buddhist Hindu and Jain rock-cut monastery temple caves.

Maharastra is also home to national parks and wildlife reserves, such as Tadoba National Park and Navegaon National Park.  A few hours from Mumbai by car or train, you’ll find Pune, which is globally famous for the Osho International Meditation Resort (but is also excellent if you're interested in visiting a city with a relaxed vibe and Colonial architecture).

For the interesting Indo-Portuguese influence, tropical scenery, and vibrant markets, Goa is another must-visit destination. The city’s bustling nightlife attracts partygoers from around the globe, but its calm beaches and sleepy seafood restaurants attract those that want to relax, replenish, and linger in the sun.

Southern India is home to the states of Karnataka, Andhra Pradesh, Tamil Nadu, Kerala, and Telangana. Kerala is famous for its palm-dotted Arabian Sea beaches and series of stunning backwaters that can be explored by boat. Visit the Periyar National Park and Parambikulam Tiger Reserve to catch a glimpse of wildlife.

Pondicherry is another eclectic coastal city in east Tamil Nadu. The former French colony maintains its storied history in the well-preserved and charming French Quarter, which boasts tree-lined boulevards and gorgeous villas. A few hours' drive from Pondicherry, Mahabalipuram is a thriving beach town with a hippie surf scene. Here you can view some noteworthy temples, such as the Shore Temple, which gets its name from its position overlooking the shore of the Bay of Bengal.

The town of Madurai, also in Tamil Nadu, is deeper south in the state and home to one of India’s grandest monuments: the Meenakshi Amman Temple. The site is covered in colorful carvings depicting Hindu gods and is a well-known pilgrimage site. Every April the Chithirai Festival celebrates lord Vishnu and Meenakshi and attracts throngs of visitors. (Read up on more of India's holidays and festivals in this guide.)

Spend a week in Kerala with a seven-day itinerary featured here — or if you have more time, try this 18-day trip from Chennai to Bangalore.

East India offers some of the country's most beautiful destinations — most notably, the hill station of Darjeeling, famous for tea estates and picturesque green hills. Kolkata (formerly Calcutta), is also a major cultural hub in East India and charms with its Colonial-style architecture.

In the Northeast, visit the picturesque state of Assam, where nature is resplendent. Assam's capital city, Guwahati, is home to ancient temples and is a great starting point to visit Kaziranga National Park (another UNESCO World Heritage Site), which has the country's largest population of one-horned rhinoceroses, as well as other animals like tigers and elephants. You'll also find Nagaland in the Northeast, a mountainous area with stunning hills and valleys that borders Myanmar. The area is home to indigenous tribes and is an ideal location for travelers interested in cultural immersion.

Central India boasts alluring national parks, ancient religious sites, and diverse scenery. The state of Madhya Pradesh gets less tourist traffic than other areas of India, but its worth the trek to view areas like Khajuraho, which is known for sandstone Hindu, Buddhist, and Jain temples (the group of monuments is a UNESCO World Heritage Site). The biggest city in eastern Madhya Pradesh is Jabalpur — a gateway to the Pench, Bandhavgarh, and Kanha reserves, where you’ll be able to view tigers and other animals in the wild.

In the state of Bihar, you’ll also find the village of Bodh Gaya. This area is famous for the Mahabodhi Temple Complex and is thought to be the place that Buddha gained enlightenment beneath a Bodhi tree. There are various sacred sites in the temple complex and a Bodhi tree, which is said to be a descendant of the actual tree that shielded Buddha from the sun. 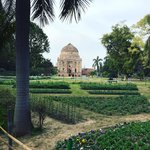 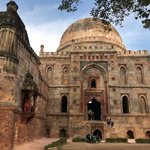 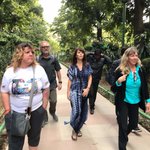 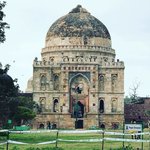 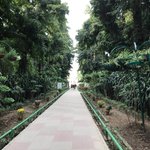 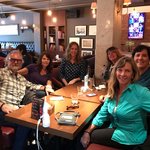