Have you taken a selfie in front of the Taj Mahal?  Hopped a camel for a sunset ride through Rajasthan?  If you’ve ticked those items off your India bucket list— or are simply looking to explore less trodden regions— then we’ve got you covered with these suggestions for unbeatable, but overlooked, sites in India.

With 1.3 billion people, 29 states, and 22 official languages, India is one of the most diverse countries in the world. But with such a rich set of cultures and expansive geography, it can feel pretty daunting deciding where to go.

It’s easy to end up on a familiar tourist track, and there’s nothing wrong with sticking to basics. You can rely on established tourist destinations for amenities like WIFI, travel agencies, hip cafes, and hot showers. But you risk returning home feeling like you’ve spent your vacation in a tourist bubble.

Travelers wanting to break free of the usual “must see” sites will be plentifully rewarded: The less visited parts of India are jam-packed with incredible people, mouth-watering cuisines, and awe-inspiring views. Here are some ideas for venturing off well-traveled circuits and getting a different kind of immersion into this vast and varied country.

For intrepid travelers keen on visiting the Northeast, opportunities abound for trekking and camping in some of the most unspoilt regions that India has to offer.

Nicknamed the seven “sister states” of India—along with one brother, Sikkim— Northeast India is connected to the mainland by a gateway known by “Chicken’s Neck,” a tiny strip of land bordered by Bhutan, Nepal, and Bangladesh. The states all have their own unique histories and, in some cases, were part of separate kingdoms before joining India (Sikkim as recently as 1975). This gives the region, known for its pristine natural beauty and vibrant tribal cultures, a distinct appeal.

Arunachal Pradesh is where the Dalai Lama fled to on foot in 1959 and has many important Buddhist monasteries along the Tibetan border. In other parts of the state, and in Meghalaya, you can experience India’s fascinating animist religions, like donyipolism, a shamanistic faith involving sun and moon worship.

The Ziro Valley, in Arunachal Pradesh, and the much more tourist-developed Shillong, in Meghalaya, are two good bases for exploring the surrounding regions. Hire a local guide to take you on a hike or kick back in a cozy guesthouse over a plate of traditional food, with meaty dishes and generous helpings of bamboo.

Assam is famous for its one-horned rhino reserve and verdant tea plantations, while Manipur— sometimes compared to Switzerland— is known for its stunning lakes and green hills. A short flight separates capitals Imphal and Guwahati, so you can observe the diversity of the Northeast for yourself.

There are direct flights to Assam, Manipur, Nagaland, and Tripura from either Delhi or Kolkata, but get ready for some bumpy jeep rides if you want to visit remote areas. (Note that some regions require Inner Line Permits, which must be obtained through registered agencies.) The Northeast plays host to a few major festivals, including Ziro Festival of Music and Hornbill Festival, which make for lively introductions to the region.

If you’re craving green scenery and fresh, crisp air, but want to stay closer to the capital, then head no further than Himachal Pradesh or Uttarakhand. Both Himalayan states are reachable by bus, train, or flight from Delhi. But while backpackers swarm longstanding traveler hubs, there are overlooked towns and villages just as worthy of visits— if not more so.

The mountain village of Jibhi, in the picturesque Banjar Valley, has the iconic charm of other more famous sites in the Kulu district of Himachal Pradesh— chalet-like houses, sparkling waterfalls, wooden temples, flowering mountainsides— but is not yet crowded or commercialized. You’ll find a wealth of hiking trails, including a day’s journey to sacred Sarehul Lake, and a good variety of homestays.

In the western Joginder Nagar Valley, the village of Bir, known for its paragliding, is also home to a Buddhist monastery and sizable Tibetan colony, for travelers looking for an alternative to Dharamsala, residence of the Dalai Lama and a backpacker staple.

In Uttarakhand, most tourists head to spiritual centers like Rishikesh and Haridwar for a peek at the holy Ganges, but the state has many other sacred water bodies. You can get even further afield with less-trafficked pilgrimage sites like Kedarnath, a high-altitude temple town surrounded by snowcapped mountains along the Mandakini River that opens to tourists for half the year.

Or head to Devprayag, a holy riverside town at the confluence of several major streams, filled with temples and a prime spot for outdoor sports like rappelling and rafting.

British-built hill stations like Mussoorie offer unparalleled mountainside views and can make great bases for exploring the surrounding countryside. But venture up the mountain to Landour and you’ll meet with a quieter, pine-filled village, home to Landour Language School, where 19th-century missionaries once boned up on their Hindi, still a major hub for language learning.

The Other West Coast

India is a beach-lovers paradise, and with that many miles of coastline, you’re able to break off from the crowds. Most beach-goers stick to well-deserved brand-name spots along India’s Arabian Sea-facing western coast, like Goa or Kerala’s laid-back, palm-fringed shores—and you can hardly fault them for favoring well-known locales. But Gujarat’s overlooked coastlines also have much to offer.

Take Jamnagar, an ocean-side town with stunning Rajput palaces, a lake and bird sanctuary, and Gir National Park, where you can try your luck spotting leopards and wolves. There’s also the port town of Mandvi, famous for its centuries-old shipbuilding yard but also home to turquoise surfs and white sand beaches.

With its umbrella-domed roofs, the legendarily fanciful Vijay Vilas Palace, a 1929 royal residence turned heritage hotel (and popular Bollywood backdrop), has a private beach available to tourists for a small fee.

And in the ancient seaside capital of Dwarka, with its 2,000-year-old Dwarkadhish temple, you can join pilgrims in paying tribute what is believed to have been the Kingdom of Krishna.

The Thar Desert and White Rann

Beyond the seaside, you may have visited the popular Thar Desert in Rajasthan, but the part extending to Gujarat hides an otherworldly, must-see site: A massive salt marsh, known as the Rann of Kutch, or White Rann, covers almost 10,000 square miles of glistening, treeless white moonscapes. The area hosts full moon fairs and festivals celebrating the unique culture and ecology of this fascinating region, where travelers can glamp over glowing moonlit vistas. 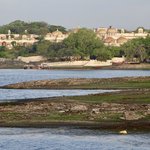 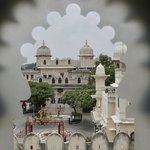 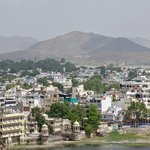 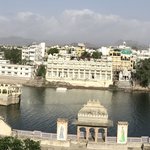 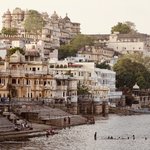 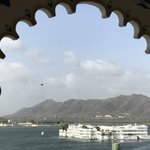 Susan L.
Idaho, United States
"This was a lovely trip with my adult daughter--my fourth visit to India so many of the sites we saw I have seen before. Our guide in Jaipur was very good--I..." read more
Traveled to India as a family in January, 2023