Over 100 feet (40 m) below the characteristic and lively streets of Naples is a totally different world. The city’s underground is unexplored and isolated by time but deeply connected with the world above. It’s the heart of Naples and the place where the town was born! Take a trip into the past and see how every historical event (from the city’s origins to the bombs of WWII) has impacted its foundation.

Naples has a lot to offer if you enjoy exploring crypts, catacombs, tunnels, and hidden passages! The city is famous for the magnificent seaside, Mount Vesuvius, an ancient Roman old town, and a mysterious underground covering nearly 500 acres. Today, it’s possible to visit parts of this underground area, discovering a Greek-Roman aqueduct, a Greek-Roman theater, the Hypogeum Gardens, and the Summa Cavea.

There are still more sites to see, including the Bourbon Tunnel, a hidden military passage and masterpiece of civil engineering, and centuries-old burial sites. The Fontanelle Cemetery sits within a cave on the hillside of the Materdei district. It became part of the Neapolitan folklore and pagan rituals. The Catacombs of San Gennaro and San Gaudioso are living proof of the first Christian communities in the city and reveal the bond of faith between the town and its saints.

You can reach Naples' underground, known as Napoli Sotterranea, on foot from the historic center. The entrance is in the city's heart, in the left corner of Piazza San Gaetano if you are coming from Via Duomo or San Gregorio Armeno. Blue and white flags highlight the entrance. 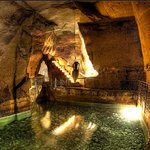 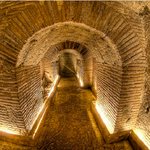 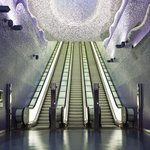 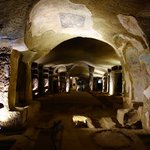 Itineraries with Discover the Mysterious Underground of Naples

Start off your trip in the heart of it all- Rome. Explore this capital city's ancient monuments and historic piazzas before making your way down the Italian peninsula to Naples. Peruse the glass-roofed Galleria Umberto shopping center and partake in the incomparable food scene before discovering the ruins of Pompeii. You'll finish off along the Amalfi Coast, visiting colorful villages and soaking in the sunshine next to the crystal clear blue waters.

Make the most of your time in Italy exploring the vibrant city of Naples and soaking in the incomparable views of the Amalfi Coast. Start off in bustling Naples, the birthplace of pizza. Delight in the local cuisine before making your way to the stunning villages of the Amalfi Coast, visiting the incredible Pompeii ruins along the way. End your trip with the sunny beaches and colorful towns of this incomparable coastline.

If you have ten days to get away and want to dive into Mediterranean history from the Bronze Age to the Middle Ages, this itinerary combining Greece and Italy is for you. From the mighty Acropolis of Athens to the gilded palace halls of Venice, you'll explore thousands of years of archaeology and architecture. Spend four days in the heart of Ancient Greece with a stop in Crete to tour the 3,500-year-old Minoan Palace of Knossos, then travel to Venice, Rome, and Naples to see the grandeur of the Venetian Republic, explore the Colosseum, and even hike to the top of Mt. Vesuvius.

This exciting and unique tour allows you to explore Pompeii, one of the...

Discover the incredible landscape of Mount Vesuvius National Park and...

Discover the incredible ancient ruins of Pompeii with your family in an...

Sorrento is a long-time favorite with Italian and international...

Italy is a food haven with some of the world's favorite dishes, like the...

Best Things to Do in Naples

Naples is an eclectic mix of traditional Italian culture, authentic...

Hiking in Naples and the Amalfi Coast - 7 Days

Stretch your legs around the beauty of the Amalfi Coast in this 7-day...

Make the most of your time in Italy exploring the vibrant city of Naples...
Best of Naples