Explore two of Rome’s most fascinating neighborhoods, Trastevere and the Jewish Ghetto. Did you think that Rome was only Catholicism and ancient ruins? Not after this tour! Discover Rome’s off-the-beaten-path areas and learn about Jewish and Pagan traditions and history. The Jewish Ghetto and Trastevere have records that tell another side of life in Rome over the past 2,000 years.

You’ll start at Largo Argentina, an archaeological site in the middle of Rome. Nearby lay the foundations of the Theatre of Pompey, where Julius Caesar met his brutal end. Then, as you walk toward Trastevere, enjoy several stops, including at the bustling squares of Campo dei Fiori, known for its open-air food market and the beautiful Palazzo Farnese with its Renaissance architecture.

After crossing Ponte Sisto, you’ll arrive in the charming streets of Trastevere. Today, locals love the area for its narrow, quaint streets and abundance of tasty restaurants, but it used to be the home to a large Jewish community from the Roman Republic until the end of the Middle Ages. Your tour guide will share fascinating and enriching stories about this area and lead you to visit one of Rome’s most ancient churches, the Basilica of Santa Maria in Trastevere, to admire the beautiful golden mosaics.

Your tour continues across the famous island in the Tiber River, the Isola Tiberina. Though small, this island is filled with the greatest secrets of Rome’s beginnings. From the island, you’ll get a glimpse of Rome’s most ancient bridge, Ponte Fabrizio.

The tour ends in the Jewish Ghetto, but you’ll first stop in front of the Great Synagogue of Rome, which you can admire from the outside. Listen to the stories of the Jewish Ghetto’s oppressive origins and how its inhabitants lived in crowded and unfair conditions. Eventually, the city tore down its restrictive walls and regulations. Within the Jewish neighborhood, you’ll also visit the Teatro Marcello, a landmark from Ancient Rome, and the temple built by Augustus Caesar. 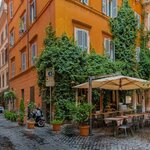 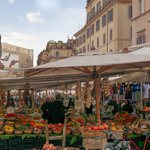 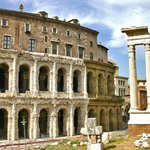 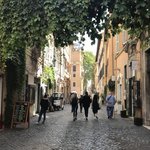 With thousands of years of cultural and culinary history, Italy offers...

Whether you're hiding behind a Carnival mask, crafting your own gelato...

Ah, there's no place like Rome! The Italian capital never loses its...
Best of Rome