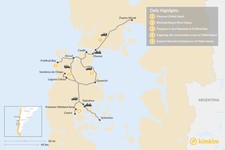 This 5-day trip follows in the footsteps of Charles Darwin who documented the flora and fauna along Chile's southern coast. Traveling by sea and land you'll observe the extraordinary wildlife and birds of Chiloé Island, the second largest island in Chile after Tierra del Fuego. Visits to quaint fishing villages where you'll enjoy a traditional "curanto" meal and experience local culture round off this unique experience.

This trip is designed for bird watchers and wildlife spotters who enjoy traveling at a leisurely pace. The journey begins at Puerto Montt on the Chilean mainland continues by ferry to Chiloé Island. Several days will be spent traveling between cities, towns, small fishing villages, beaches, and forests on this beautiful island. Along the way, you'll experience local foods, learn about the aquaculture economy and go on gentle hikes in nature reserves. Accommodation is in hotels.

After breakfast at your hotel in Santiago, you'll depart on a short flight to Puerto Montt, a port city in southern Chile that is also known as a gateway to the Andes mountains and Patagonian fjords. When you arrive, you'll meet your English-speaking guide who will transport you in a private vehicle to Puerto Varas.

From here, you'll drop your luggage at the hotel, enjoy lunch, and then re-join your guide for a tour of the charming little village of Puerto Varas next to Llanquihue Lake. Enjoy the village’s mix of German architecture and Mapuche indigenous cultural influence.

In the afternoon, drive to the famous Petrohué Waterfalls, where you'll get a great view of the snowcapped Osorno Volcano. At the end of the day, drive back to your hotel in Puerto Varas where you'll have the rest of the evening to explore the "ciudad de las rosas" or city of roses.

On the first day of your tour, you'll be picked up from your hotel in Puerto Varas and transferred to a ferry bound for the village of Chacao on Isla Grande de Chiloé (Chiloé Island), where Spanish settlers first arrived in 1567. Once in Chacao, you'll receive an orientation in the history and culture of the island. You then continue to Caulin, a small coastal community where we can do some birdwatching and oyster tasting.

Following a picnic lunch, you will visit a biology field station to learn about the local ecology and environment. You will then hike through the forest and look for birds including tapaculos (small to medium-sized birds with short wings and strong legs). You overnight in the city of Ancud.

Day 4: Birdwatching in River Chepu and a traditional curanto meal

Today you embark on a full day trip up the Chepu River Valley, traveling by boat with local fisherman to bird watch at Laguna Coluco. Our tour includes a visit to the sunken forest – reminder of the 1960’s earthquake that reshaped southern Chile.

You’ll have lunch at a nearby farmhouse and then walk in the forest of the Senderos de Chepu. On your way back to the hotel you’ll stop at another farmhouse where you’ll sample foods from a curanto pitbake. This local specialty includes seafood, meat, potatoes, and vegetables prepared in a hole in the ground and left to cook for several hours. Overnight again in Ancud.

Today you'll travel along the rugged Pacific Coast side of Chiloé island by boat to reach the Punihuil penguin colony (where Humbolt and Magellanic penguins nest side by side). If conditions are good, you'll also visit a colony of sea lions and possibly head further out to sea in search of blue whales.

You’ll have time to search the coastal forest areas and beaches for signs of the pudu – one of the smallest deer species and another of Chiloe’s emblematic animals. By late afternoon you’ll return to Highway 5 and drive to the regional capital of Castro for the night.

After breakfast, you’ll explore Castro, including a visit to its thriving local market. Locals come here to shop for the freshest products from the countryside and ocean – including native potatoes, several types of seaweed, shellfish and more.

Next, you’ll visit the nearby Putemun Wetland Area, part of a conservation program being run by the WWF, The Nature Conservancy, Audobon Society and Manomet. The area is home to the world's largest population of Hudsonian godwits (a large shorebird of the sandpiper family), among other birds.

You’ll then continue to the nearby fishing port of Dalcahue for lunch. Here at the market, you'll learn about the local aquaculture and the effects of salmon and mussel farming (Chile is the world’s #2 producer of both) on local wildlife and the local economy.

You’ll take a small ferry to cross over to the island of Quinchao, the second largest of the archipelago, where you’ll be able to appreciate the natural surroundings of this island group against the backdrop of the fjords only 16 miles east.

In the morning you’ll depart for the fishing village of Quemchi and the nearby birding area surrounding Aucar Island – known locally as the Island of Sailors Souls due to its cemetery.

You’ll walk the 500 m footbridge to the island and also have the opportunity to study the flora planted by a former priest of the local chapel who made the small island into a botanical garden of native species. You’ll enjoy lunch in Quemchi before driving up the coastal road to the ferry ramp that will take us back to mainland Chile.

You'll arrive back in Puerto Varas at approximately 5:30 pm. You'll have the remainder of the day to relax and explore at your leisure. 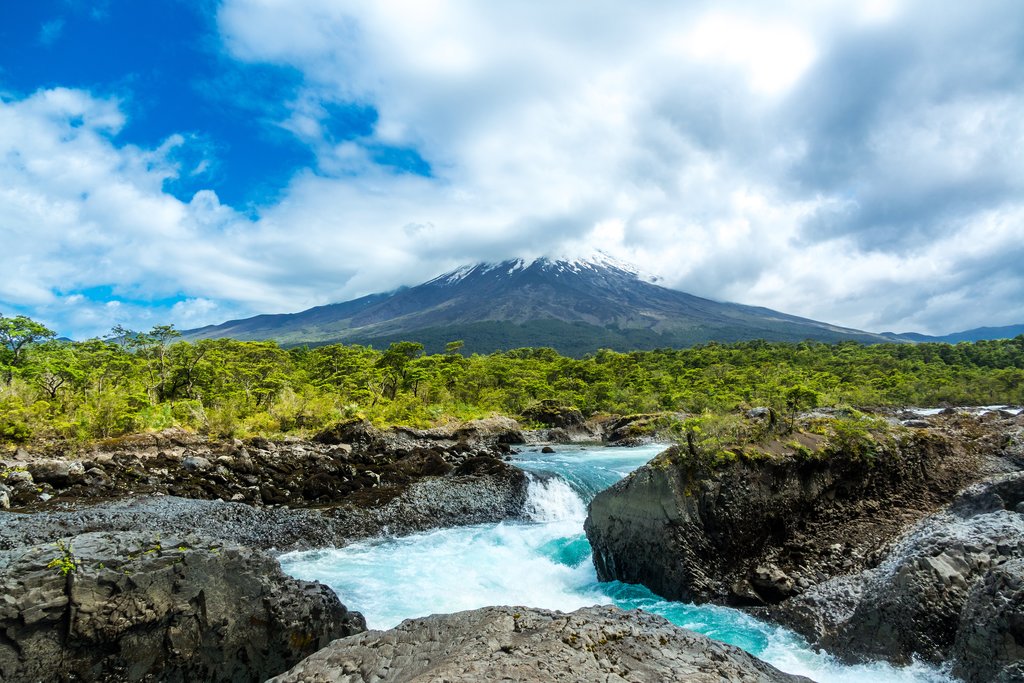 This morning, your guide will pick you up from Puerto Varas and take you to El Tepual Airport (Puerto Montt) for your flight to Santiago. Upon arrival in Santiago, you'll transfer to the international terminal for your return flight home. ¡Buen viaje!