Discover two of Turkey's most popular destinations, the bustling capital of Istanbul and the lunar-like valleys of Cappadocia. Explore the Ottoman and Byzantine sites of Istanbul with guided walking tours, a trip to the grand market, and a boat cruise along the Bosporus Strait. Then fly to Cappadocia to admire its stunning valleys with a hot air balloon ride over the famous fairy chimneys, plus a visit to the UNESCO Göreme Open Air Museum and the caves of Kaymakli Underground City.

Welcome to Turkey and the vibrant city of Istanbul!

Upon arriving at Istanbul International Airport, you'll be privately transferred to your centrally-located hotel. Settle into your accommodation and meet your guide for a quick preview of the city. You have two options for your walking tour, depending on the location of your hotel.

Option A: Beyoglu District
Settled on the European side of Istanbul, the district of Beyoglu showcases posh, early-eighteenth-century buildings, embassies, and boutiques. You'll find many of these grandiose structures along Grande Rue de Péra, which is now known as İstiklal Caddesi. Some of the noteworthy places you’ll visit include the French and Greek Consulates, several Christian churches, the Flower Passage, and the bustling Produce and Fish Market.

Option B: Sultanahmet District
The Sultanahmet District sits in the heart of historic Old Istanbul, and is home to many of the city's most famous buildings. Your walking tour will take you to the sites of Topkapı Palace, Ayasofya (Hagia Sophia), the Blue Mosque (Sultan Ahmet Camii), the ByzantineHippodrome, Basilica Cistern (Yerebatan Saray), and the Istanbul Archeological Museums.

After getting a better feel for the city, find a buzzy restaurant for dinner and enjoy some of the spectacular cuisines of Istanbul.

Enjoy a leisurely breakfast, then meet your host for another adventurous day exploring the streets of Istanbul. Today's focus will be the old town district, which is home to nearly all of the most important buildings and sites. This includes the Byzantine-era Hippodrome and the Basilica Cistern.

One of the city's most famous sites is the Blue Mosque, which was built in the 17th century and earns its name due to the stunning blue tiles that line its interior. You can easily combine your visit with the Hippodrome, which sits on the west side of the mosque. The other famous site is, of course, the Hagia Sophia, which was built prior to the Middle Ages in the year 537 CE, making it the largest building in the world during that time. It's difficult to fully understand the massiveness of the building until you go inside and marvel at its interior.

In the afternoon, your host will take you to the Grand Bazaar, which is one of the largest and oldest covered markets in the world. You'll have your pick of 61 covered streets and over 4,000 shops.

Head back to your hotel before enjoying dinner in one of the neighborhoods you explored earlier.

Day 3: Discover the Vibrant City of Istanbul by Foot and Boat

Enjoy breakfast at your hotel, then begin your full day of exploring this amazing city. You'll dive a bit deeper into some of the site you've already seen, starting at Topkapi Palace, the former residence of the Ottoman sultans in the 15th century. Today it houses a beautiful museum. Next you'll visit the Spice Market, which is one of the longest bazaars in the city. It's also a wonderful place to buy local gifts such as nuts, coffee, teas, and Turkish delight, a traditional confection.

After some free time for lunch, you'll enjoy a boat cruise through the Bosphorus Strait, admiring the shores of both the European and Asian sides of Istanbul. Seeing the city by boat offers an entirely different perspective, allowing you to truly see the size of the city and why it has played such an important geographic role for centuries.

Later on, your journey will take you back into the beating heart of Istanbul, starting in the Pera/Beyoglu district. Important landmarks along the way include: several consulates, St. Antoine's Catholic Church, the Galata Whirling Dervish Hall, the Tunel District, and Neve Shalom Synagogue. You can't miss the Galata Tower, which was built by the Genovese as an observation tower, allowing you to enjoy the stunning views of Beyoglu, the Golden Horn, the Bosphorus, and the historic peninsula.

After a long day of sightseeing, head back to your hotel for a little relaxation before venturing out again for another dinner in bustling Istanbul.

Day 4: Fly to Cappadocia and Visit the Open Air Museum

Today you'll trade the bustling capital of Istanbul for one of Turkey's most beautiful destinations, Cappadocia. After breakfast, you'll head to Istanbul Airport to catch an early flight.

Your first stop will be the Göreme Open Air Museum, which contains some of the most beautiful rock-cut churches and frescoes in the world. You'll see unique examples of rock hewn architecture and learn about the historical fresco technique. Most of the churches in Göreme Open Air Museum were built in the 10th - 12th centuries.

After lunch, you'll settle into your hotel and discover the panoramic views from Avcilar Valley and Pasabag Valley (Valley of Monks), where you can see the famous fairy chimneys and cave dwellings. In the evening, enjoy dinner at a restaurant in Göreme, looking out over the valley at sunset.

As you awake to the gorgeous views of the surrounding valleys, you can opt for an early hot air balloon ride over the fairy chimneys. This is one of the most famous tourist activities in the world, and it will certainly be an unforgettable experience.

Afterward, you'll visit the beautiful town of Uchisar, which is known for its natural fortress that was used for housing and defense. You'll then move on to Avanos, famous for its local pottery made with clay from the Kizilirmak River.

In the afternoon you'll explore a 13th-century caravanserai, a historical roadside inn that served an importance role for travelers marching along the silk road. At this particular caravanserai, you'll watch a popular performance called the "Whirling Dervishes". It's a mystic ritual performed by the followers of the Mevlevi Order.

In the early evening, you'll return to your accommodation for a little relaxation before heading out for dinner.

It's sadly time to say goodbye to beautiful Turkey. But because your return flight to Istanbul is later in the day, you can take advantage of one last morning in Cappadocia.

To start, you'll visit a traditional carpet workshop. Carpet weaving is an important element of the local culture, which is mostly performed by women and supported by the government. Afterward, head to the lovely town of Musatafapasa, previosuly known as Sinasos. Until the early 20th century, Sinasos was populated mainly by the Greek-Orthodox minority who grew their wealth in the caviar trade.

After lunch in Musatafapasa, you'll continue to one of Cappadocia's famous underground cities. Kaymakli Underground City was built by the early Christians to protect themselves from religious persecution. It's comprised of an elaborate maze of tunnels and caves, and is one of the widest of the underground cities.

When you've finished your tour of the underground city, you'll head to Kayseri (or Nevsehir) to take your flight back to Istanbul. 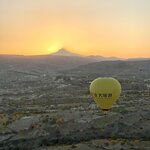 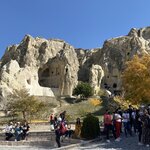 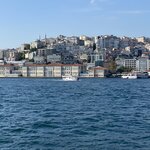 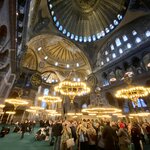 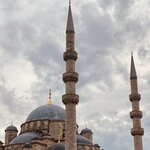 Peak season in parts of the country but pleasantly free of crowds in...

A
Anna G.
Russia
"The tour organized by Mr. Murat was enjoyable, interesting, and generally "smooth sailing". It was my first time in Turkey, but I now have good impressions ..." read more
Traveled to Turkey solo in December, 2021