Explore the expansive history of Corfu's Jewish community with a walking tour through the Jewish Quarter and the Corfu Synagogue. Along the way, you'll listen to stories about the island's Jewish history and cultural significance.

Between 1493 and 1549, Jews arrived in Corfu from around Europe, including Spain, Portugal, and Italy, to escape persecution. They settled in the area between Porta Reale and Porta di Spilia, later (and still today) known as "Evraiki," the Jewish Quarter. Enjoy walking through the district as your guide shares its history and interesting facts.

Before WWII, about 5,000 Jews lived in Corfu's main town, with a history spanning at least 1,800 years. In fact, up until 1943, the community flourished. But when the Italians surrendered to the Allies, Germany occupied Corfu and deported the Jews to Auschwitz. Only 180 of Corfu's Jewish population survived. On the tour, you'll visit the street Evraion Thymaton Nazismou to visit the memorial for the Jewish victims of the Holocaust.

Next, you'll explore the Jewish Synagogue. Originally, Corfu housed three synagogues, but only the Scuola Greca on Velissariou Street survived. It was built in Venetian style in the 18th century on an older Jewish temple. Its simple exterior hides the elaborate bimah and Ark. The ehal is a free-standing, Baroque-style dome on the east wall. You can also visit inside the Synagogue.

The tour concludes with a short drive into Corfu's old town, where you will have free time to stroll the narrow, cobbled streets and visit the Palace of St. Michael and St. George. You can also visit the old Church of Saint Spyridon and observe a priceless collection of gifts offered to the Patron Saint of Corfu.

Read more about unique and interesting historical experiences in Greece. 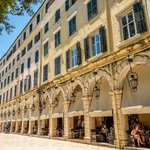 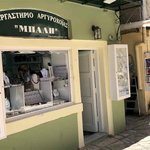 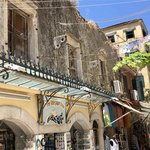 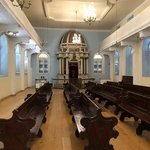 The Durrells Tour of Corfu

Follow the footsteps of the fascinating Durrell Family, who fell in love...

Travel back in the time to the bygone era of legends, tales, myths, and...

Discover the Diapontia Islands from Corfu

Enjoy exploring one of the three small islands, together called the...

Spend eight days trekking through the northern Greek mountains and...
Best of Corfu