Soak up the sunshine and go off the beaten track on this 8-day cycling expedition around Puglia in the heel of Italy's boot. You'll bike to lesser-known towns and villages on this moderate-level ride, pedaling through lush inland plateaux and down the coastline on mostly flat terrain. Enjoy southeastern Italy's historic sites, flavorful food, and natural beauty on this active tour.

The first stop on your tour of southeastern Italy is Matera, an ancient city where people have lived in houses carved into caves for thousands of years. Give yourself plenty of time to roam around the Sassi di Matera.

Many of the homes in these cave neighborhoods, known as sassi, have more recently been refurbished or transformed into boutique hotels, restaurants, bars, and more. Take time to wander through the narrow pathways and see the cave churches. Visit MUSMA, a sculpture museum set inside a 16th-century cave palace. Head to the edge of town to see uninhabited caves and get a sense of what it was like to live there years ago.

This morning you'll have a briefing and be outfitted with your bike. Then head out into the countryside with a ride over the Murgia plateau, where you'll see interesting caves and rock formations. Conclude your ride in Alberobello — a true hidden gem. Here you'll find trulli, or whitewashed little homes with conical roofs, built by its original inhabitants in the 14th century.

Today you'll pedal through the Itria Valley past whitewashed villages, vineyards, and olive groves. Stop in some of the villages to explore. In Locorotondo, you'll see more trulli, but also an unusual circular town center and excellent local white wine. Break for lunch in the village of Cisternino, which is packed with piazzas offering spectacular views of the countryside. Head to a local butcher's shop for a fornello pronto lunch of freshly grilled meat.

Continue on to the coast, where you'll end your day in Ostuni. Explore the hilltop citadel known as the "White City" and visit its 15th-century cathedral, before sitting down for dinner.

Today you'll board the train with your bike and head to the city of Lecce, where you'll have the day to explore on your own. Somewhat reminiscent of Florence or Rome, Lecce has its fair share of ancient Roman ruins, palaces, castles, theaters, and more. As you wander around, you'll find a half-buried Roman amphitheater, baroque cathedrals, wine bars, small museums, and excellent food.

Perhaps take a cooking class, or just enjoy the local cuisine. Lecce is known for its flavorful comfort food made from inexpensive seasonal ingredients.

Don't forget your swimsuit today, because after a visit to the fortified village of Acaya, you'll ride out to the sparkling Adriatic coast. Beautiful limestone cliffs rise out of the crystal blue water as you approach the beaches of Torre dell'Orso. Continue cycling along the shores of the interconnected lakes known as Laghi Almini to Italy's easternmost town, Otranto. On a clear day, you can even spot Albania across the sea!

Today you'll bike across Salento, the southernmost region of Puglia. Along the way, you'll visit a unique collection of towns called Grecìa Salentina, which is home to an ethnic Greek minority. You'll hear the Griko dialect here and can find well-preserved musical traditions like the pizzica folk dance.

Roam around pretty towns like Melpignano and Corigliano D’Otranto on your way to Gallipoli on the west coast of Italy's heel. This old island town is reachable only by sea or via a 16th-century bridge. Wander around the narrow streets, explore its baroque churches, bask on the beach and indulge in fresh seafood before taking in a breathtaking sunset over the Ionian Sea.

Make your way back toward Lecce today. Although you'll have seen many churches on your trip so far, don't miss the ones along your route today. The Sanctuary of the Holy Crucifix in Galatone is well worth your while. In Galatina, head to the baroque Chiesa Madre and the vibrant frescoes of the Basilica of Santa Caterina d'Alessandria. Then ride north to Lecce and spend the rest of the afternoon at your own pace.

Enjoy one last Italian breakfast before leaving Lecce. Head to the airport or train station to continue to your onward destination. 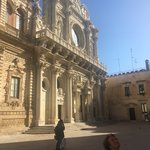 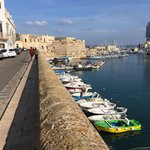 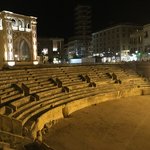 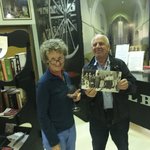 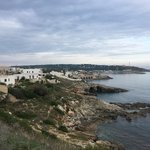 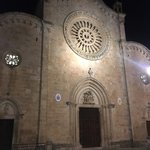 Cycling Tour of the Dolomites - 8 Days

Perfect for active travelers looking to enjoy one of Italy's most...

Some of the best wines and food in the world will fuel you on this 8-day...
Italy 8-Day Biking Tours & Itineraries

Take a quick spin through the birthplace of the Italian Renaissance with...

Discover Puglia, one of the lesser-visited yet stunningly beautiful...

If you've explored Italy's famous highlights and want to see more, this...
Best of Alberobello

If spending 11 relaxed days in the sunny Puglia region sounds like a...

Explore Roman theaters, relax in small coastal towns, and soak in the...
Best of Lecce

Anyone looking for an Italian holiday that's mostly free of the tourist...

The Duomo of Florence is one of the great monuments of Europe, and...

You can explore far and wide in three weeks, returning home with...

From a Gondola ride through the Venetian canals to a skip-the-line...

Abby B.
Illinois, United States
"From the first greeting at the airport in Venice to the last goodbye at the airport in Rome our mother/daughter trip to Italy was expertly planned and perfec..." read more
Traveled to Italy as a family in September, 2022

Danilo E.
New York, United States
"I have always planned on going on my first trip to Europe since 2020. But with the pandemic, it was very difficult with planning. It wasn’t until this year, ..." read more
Traveled to Italy solo in September, 2022
T
Tony F.
Missouri, United States
"Our entire experience with KimKim Travel was excellent from start to finish. Our local specialist Andrea was amazing. He was responsive to all our questions,..." read more
Traveled to Italy as a group in September, 2022

Ashley C.
Missouri, United States
"We could not have asked for a better trip. Kimkim organized the perfect accommodations, sight visits and it was a breeze getting between each location. Our..." read more
Traveled to Italy as a family in September, 2022

Leah P.
Michigan, United States
"Harris was wonderful to plan with, and he and Evyenia were there anytime we needed them during the trip! All of our guides were amazing during the trips as w..." read more
Traveled to Italy as a couple in September, 2022
Plan your trip to Italy
Customize your trip with help from a local travel specialist
Plan Your Trip