Discover medieval architecture and modern culture in Romanian as you travel by train around the country on this 6-day itinerary. Tour fortified churches and citadels, discover Saxon and Hungarian heritage, and see preserved 12th-century buildings in Transylvania and Walachia.

Day 1: Arrival in Bucharest & Drive to the Mountains

Welcome to Romania! You'll meet your tour representative in Bucharest to pick up any necessary travel documents and materials. From here begin your trip Brasov, known as the City of the Crown. Depending on arrival time stop to see the romantic Castle of Peles, a dreamy architectural treasure which used to serve as a holiday home for Romanian monarchs.

Overnight in a cozy & centrally-located guesthouse in the center of Brasov.

Spend the day exploring one of Romania's most beautiful cities. Brasov was founded in the 12th century when Romanian monarchs invited the Saxons to Transylvania to guard the seven major mountain passes. Because of this, the city has a rich Saxon, Hungarian, and Romanian heritage with lots of notable historic sights. See the White and Black Towers, the Black Church and the Council House, St. Nicholas Church, and the first Romanian school.

Walk along narrow streets to see medieval homes and the old city walls before sitting down to a hearty dinner. Overnight in the same accommodation.

In the morning transfer to Sighisoara, a well-preserved medieval citadel. Narrow cobblestone streets and ancient city walls give you the feeling of traveling back in time. The fortified town is famous for its watchtowers, which were formerly managed by the congregations of artisans. Visit the Tailor's Tower to see the medieval architecture.

Sighisoara is also considered the birthplace of Vlad the Impaler, whose house still stands in the citadel. Overnight in the city.

Start the morning early with a transfer to the heart of Transylvania. Arrive in time for lunch in Sibiu, a beautiful and well-preserved medieval city. Its unique architecture and atmosphere won the title of European Capital of Culture in 2007. Visit the Brukenthal Museum and the “Holy Trinity” Roman Catholic Cathedral. The Astra Open-air Village Museum to learn about Romanian traditions and folklore.

Overnight in a centrally-located hotel.

After breakfast, take the train to Cluj Napoca or back to Bucharest, where your trip comes to an end.  There is an option to add an extra airport transfer or train ticket to Budapest or Vienna. 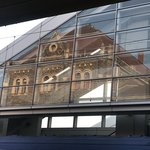 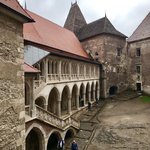 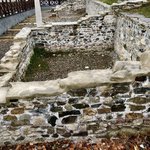 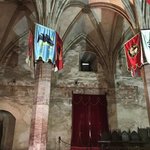 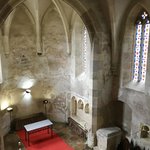 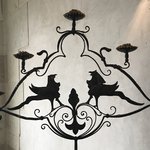 Discover medieval architecture and modern culture in Romanian as you...

Featuring a mix of traditional sightseeing and outdoor adventures, this...

January is mid-winter in Romania and that means very cold temperatures...

February is mid-winter in Romania and temperatures are cold. But if you...

March in Romania sits between winter and spring, and visitors may...

April is spring in Romania and the shoulder season between the quiet,...

May is shoulder season in Romania, with warmer weather and a range of...
Romania Travel Advice

December is mid-winter in Romania, and that means cold temperatures and...

November is the start of winter in Romania and not generally a popular...

October is fall in Romania and the start of the low season. However, if...

September is late summer/early fall in Romania, and this means it's...

August is midsummer in Romania and a busy time to visit. The weather is...

Lesley T.
Australia
"Our trip to Romania has been a beautiful surprise. We had no expectations but we were totally blown away by the beauty and diversity of Romania. Our guide B..." read more
Traveled to Romania as a couple in May, 2022

Ronald D.
the Netherlands
"What was supposed to be a one-week hiking trip in Transylvania in the spring of 2020 ended up to be a great multifaceted three week trip through the entire c..." read more
Traveled to Romania solo in August, 2021