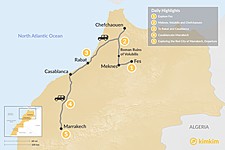 Explore Morocco's cities with this 5-day itinerary. Featuring the historic cities of Fes, Meknes, Rabat, and Marrakech, as well as the hillside town of Chefchaouen and the coastal city of Casablanca. You'll walk the streets of medieval medinas, shop souks and bazaars, roam ancient Roman ruins, and marvel at the artistic details of Morocco's finest buildings.

Welcome to Fes! The oldest of the imperial cities in Morocco (Meknes, Rabat, and Marrakech are the others), Fes is home to the most complete medina (old quarter) in the Arab world. Much of the city has remained untouched over the centuries, resulting in a more authentic medieval experience. Divided into three main areas of interest, you will explore two medina quarters, the older Fes el Bali and the newer Fes el Jdid, and the French-influenced Ville Nouvelle. Meet your guide and begin your tour in Fes el Bali at the Bab Boujeloud gate, working your way in along the main thoroughfare, Talâa Kebira.

Navigate the narrow, windy streets to find the Chouara Tannery. Climb to the rooftop of a nearby leather shop for an encompassing view of the men at work—a practice that is little changed in hundreds of years. Find the 9th-century Al-Qarawiyyin University, one of the oldest, still-operating, universities in the world! Explore the Al Attarine Madrasa and discover the fine examples of Moroccan artisanship throughout. Make your way to Fes el Jdid to check out the Mellah (Jewish quarter and cemetery) as well as take advantage of its location for an overview of the city.

Day 2: Meknes, Volubilis, and the "Blue City" of Chefchaouen

As you leave Fes to head west toward Meknes and your second imperial city, stop at the Merenid Tombs for a panoramic view of the historic city. Meknes is a less busy version of Fes and much easier to navigate! Discover the impressive Bab al-Mansour gate and the Mausoleum of Moulay Ismail in the Ville Impériale (Imperial City). Visit the Madrasa Bou Inania (14th century), a beautiful example of Islamic architecture before checking out Dar Jamaï, a palace turned museum. From there, stop to explore Volubilis, a sprawling complex of Roman ruins and mosaics and the Roman's farthest reach in Africa.

Continue north to the "Blue City" of Chefchaouen in the Rif Mountains. Named after the two peaks rising above the hillside town, Chefchaouen translates to "two horns". Wander the steep, cobbled streets and blue-washed buildings. Relax in Place Outa el Hammam with a mint tea, before browsing colorful wares in the many shops. Visit the nearby kasbah and explore the 15th-century fortress and dungeon. As the day draws to a close, make your way uphill to the white Spanish Mosque, no longer in use, to enjoy one last view of Chefchaouen as the sun sets behind the mountains.

Roam Chefchaouen's quiet streets early in the morning to snap people-less photos, before traveling south to your third imperial city and coastal capital, Rabat. Explore the medieval fortification of the Chellah Necropolis in the heart of the city and wander its Roman and Islamic ruins. Enter the enormous Bab Oudaia gate into the Kasbah des Oudaias, a 12th-century fortification built during the Almohad reign. Next, visit the 20th-century Andalusian Gardens to relax in the quiet space. Discover the Hassan Tower, a minaret of the incomplete mosque and Mausoleum of Mohamed V.

Arrive in Casablanca in the afternoon and take a leisurely walk to the Hassan II Mosque along the Boulevard de la Corniche (nicknamed the Miami of Morocco). Inaugurated in 1993, Hassan II sits on an outcrop that juts into the Atlantic adding to its dramatic beauty—its 690 feet (210 m) minaret is the tallest in the world! Though tours of the interior are only offered in the morning, take advantage of the timing and watch the sunset behind the architectural marvel. Next, head to Rick's Café, a bar, restaurant, and café recreated to reflect the bar in Casablanca.

Begin your day exploring the Hassan II Mosque's interior, one of few Moroccan mosques permitting non-Muslims entry. Join a guided tour and admire the intricately detailed artisanship: hand-carved stone, intricate marble inlay, and gilded ceilings. Walk to the Old Medina, the only part of the city that pre-dates the French protectorate, and bargain with the local vendors in the bazaar. For a taste of Mauresque architecture (a combination of European art deco and Moorish style) visit Hobous, the 'new' medina built in the 1930's by the French.

Make your way south to your final destination and fourth imperial city, Marrakech. Often referred to as the "Red City" (due to the 1000-year old red limestone used to build the city), Marrakech is home to Africa's busiest square, Jemaa el-Fna. As the square is best experienced in the evening, roam its stalls and vendors taking in the spectacle: acrobats, musicians, and snake charmers! Grab a bite at one of the many food stalls before walking the short distance to admire the floodlit Koutoubia Mosque—the minaret influenced the Hassan Tower in Rabat. Stay overnight in a traditional riad.

Once an important trading capital for Berber tribes of the Atlas mountains, as well as trading routes through Ouarzazate and the sub-Sahara, Marrakech has Berber roots rather than Arab. Meet your guide and begin touring the heart of Marrakech's medina, its labyrinth of souks (markets). Indulge your senses as you browse the variety of wares, from spices to jewelry and kaftans,  lanterns and carpets to dates, figs, and tea. Notice the large open spaces along the alleyways, these fondouks or caravanserai were once inns used to accommodate travelers and merchants.

Discover the ornate craftsmanship of the 16th-century Ben Youssef Madrasa school of Islam: carved cedar, sculpted plaster, and zellij tile work. Visit the Marrakech Museum, housed in the 19th-century Moorish Dar Mnebbi Palace, to see further examples of modern and traditional Moroccan art and artifacts. Explore the Kasbah area and visit the 500-year old Saadian Tombs before checking out the Bahia Palace and the El Badi Palace. If there's time, you may wish to take a respite from the heat and crowds in the Majorelle Gardens in Ville Nouvelle before catching your return flight home.

Looking to extend your trip? This 10-day Morocco itinerary includes all of the cities and towns described, plus a fun foray into the Sahara desert. 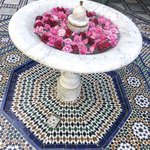 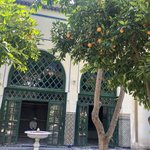 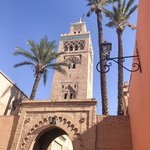 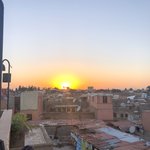 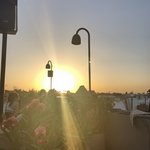 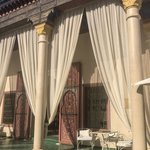 How Many Days Should You Spend in Marrakech?

Marrakech is the fourth-largest city in Morocco, and is one of the...

There’s more to Marrakech than the circus-like hullabaloo of Jemma...

A stay in a riad is likely to be one of your most memorable experiences...

Vibrant Marrakech is perfectly situated between some of Morocco's most...
Best of Marrakech

Enjoy northern Morocco's top cities with this 4-day loop from...
Best of Fes