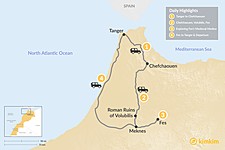 Day 1: Tangier and the Blue City of Chefchaouen

Welcome to Tangier—the gateway between Europe and Africa. Located close to the south of Spain, visit the medina (old quarter), a café in the hip Zoco Chico square, or take a paseo to enjoy a stroll along the promenade. Or, travel straight on to the blue-washed city of Chefchaouen in the Rif Mountains. Enjoy the scenic route, stopping along the way to hike to the Cascades d'Akchour (Waterfalls of Akchour). Find Plaza Outa el Hammam for a restaurant or café and enjoy a meal as you people watch.

Though non-muslims are not permitted to enter, the Grand Mosque is still worth a visit. From there, explore the nearby kasbah (old fortification) and tour the garden, museum, and some of the old prison cells. Follow a path outside of the city walls to Hotel Atlas and climb to the rooftop to enjoy a panoramic view of the Blue City. For the slightly more athletic, follow the street east to pass over the Ras el Ma Spring and ascend the path (20-30 minutes) until you reach the abandoned white Spanish Mosque. Enjoy one last view over Chefchaouen as the sun sets behind the mountains.

Rise early to snap photos of the people-less streets before leaving for Fes. Stop along the way at the UNESCO protected Volubilis ruins—the Roman's farthest reach in Africa. Wander the complex, exploring merchant homes with still-intact heating systems, temples, and many mosaics in situ. Continue on to the smaller, less busy version of Fes, Meknes, for an introduction to a historic imperial city. The two main points of interest are the Ville Impériale (Imperial City) and the medina. Be sure to visit the Bab al-Mansour gate, the Mausoleum of Moulay Ismail, and the Royal Stables.

Continue on to Fes. With its impressively large (and somewhat confusing) old medina, Fes is a city worth getting lost in. Before venturing into the medina, take the time to visit the Merenid Tombs located just north of the city and enjoy the all-encompassing view of historic Fes and the surrounding area. Descend the hill and return to your riad (a traditional Moroccan house with an interior garden) for the evening.

Fes is the oldest of the imperial cities in Morocco (Marrakech and Rabat are the other two) and perhaps the most interesting to explore. A UNESCO protected site, the city hasn't undergone much colonial development, leaving you to experience its medieval charm. Fes consists of two old medina quarters, Fes el Bali (and where you will spend most of your time) and Fes el Jdid (a slightly newer part of the city), and the early 20th-century French designed Ville Nouvelle. Meet your guide to help you navigate the narrow and maze-like ancient streets of the medinas, starting in Fes el Bali (789 CE).

Note the Spanish and Tunisian influenced architecture as you pass the variety of souks (markets) offering spices, leather goods, and pewter. Known for its tanneries and the acrid smell associated with them, visit the popular Chouara Tannery and climb to the roof of a nearby shop for a better view of the goings-on. Visit the 14th-century Al Attarine Madrasa and admire the zellij tile work before checking out one of the oldest, still operating universities in the world, Al-Qarawiyyin University (859 CE). Find the Mellah (old Jewish quarter) in Fes el Jdid for another encompassing view of the city.

If time allows, return to Tangier along the coast of the Atlantic stopping in the present-day capital, Rabat. Explore the Chellah Necropolis fortification in the heart of the city and wander its Roman and Islamic ruins. Enter through the grand door of the Kasbah des Oudaias into Rabat's old city center. From there, visit the 20th-century Andalusian Gardens and enjoy the serene space away from the crowds. Discover the Hassan Tower, a minaret of the incomplete mosque and Mausoleum of Mohamed V. 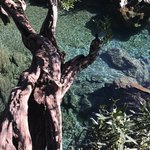 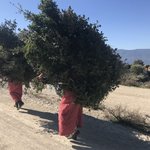 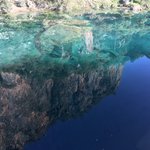 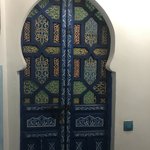 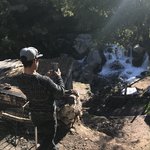 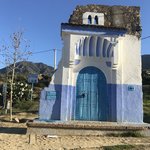 Enjoy northern Morocco's top cities with this 4-day loop from...

This 5-day itinerary offers a nice balance of historic and modern cities...
Best of Fes

Discover Morocco's ancient and historic cities on this complete two-week...

This complete 11-day itinerary takes you from Tangier—the gateway...

This 13-day tour covers a wide range sites and experiences that,...

Discover imperial cities and desert adventures with this 12-day circuit...

On this 13-day trip plan, explore all aspects of Morocco–the coastal...
Best of Tangier

From the High Atlas Mountains to the windy Atlantic coast, Morocco...

10 days may be the perfect amount of time to spend in Morocco. With some...

Essaouira has been here almost as long as the sea that laps its coast....
Morocco Destination Guides

From the High Atlas Mountains to the windy Atlantic coast, Morocco...

10 days may be the perfect amount of time to spend in Morocco. With some...

Travelers to Morocco typically plan a trip for 8 to 10 days when...

Take a luxurious round trip around northern Morocco, where you'll dive...

Embark on a luxurious, whirlwind journey around Morocco's captivating...

Buckle up for a luxurious week-long trip around Morocco's iconic...

How to Get from Merzouga to Ouarzazate

When traveling from the Saharan town of Merzouga to the city of...

How to Get from Fes to Chefchaouen

Famously photogenic, Morocco's "Blue City" of Chefchaouen is a remote...

How to Get from Marrakech to Casablanca

When traveling from Marrakech to Casablanca, travelers have a few...
Getting Around Morocco

Thomas H.
Texas, United States
"Where do I begin? Every aspect of this experience was just fantastic! This was a Dad/Daughter adventure and we couldn't have been more pleased with this adve..." read more
Traveled to Morocco as a family in February, 2020
H
Home W.
New York, United States
"This was an absolutely incredible trip! The planning done by our local specialist Megan and the service provided by our guide Omar was phenomenal. They dealt..." read more
Traveled to Morocco as a group in February, 2020

Monique S.
Oregon, United States
"Our drive for the entire trip was Samad. Though not a full guide he did have a lot of local information and in essence helped make the trip as great as it w..." read more
Traveled to Morocco as a family in February, 2020

Mika T.
Pennsylvania, United States
"Megan was amazing - she helped us organize our perfect trip! This was incredibly helpful, she made a detailed itinerary, and answered all of our endless ques..." read more
Traveled to Morocco as a group in February, 2020

Joanne M.
Florida, United States
"We were four "60 somethings" who have traveled together previously. On fairly short notice, Sharon was able to arrange a schedule that fit our logistical re..." read more
Traveled to Morocco as a group in January, 2020

Rachel R.
New York, United States
"Hassan was fantastic booking this trip. I decided to go two weeks before I left. He was able to make all the my requests happen and more! The day before I le..." read more
Traveled to Morocco solo in February, 2020

Kaylyn E.
Pennsylvania, United States
"My husband and I did a 10 day Highlights of Morocco tour and it was one of the best trips we’ve ever taken! The booking experience with Megan was quick and e..." read more
Traveled to Morocco as a couple in February, 2020
Create your custom-made trip to Morocco
Get Started