Explore the highlights of Rome, the Eternal City, with a walking tour of this historically rich city. With a guide leading the way, you’ll discover the famous “Speaking Statues” (Statue Parlanti) and can't-miss sites, perfect for first-time visitors or those who can’t stop returning!

We suggest starting in the Centro Storico (Rome's historic center) at the Spanish Steps. Established in 1723 CE, this high-profile staircase connects the Piazza di Spagna and Piazza Trinita dei Monti. City officials planned the monument to create a link between the embassy of the Spanish Bourbon Dynasty and the Trinita dei Monti Church, whose twin belltowers still dominate the neighborhood’s skyline.

The next stop is Trevi Fountain, which might be the most famous in the world. The architect Nicola Salvi designed this Baroque masterpiece in 1732 CE and took 30 years to complete it. Join the 200-year-old tradition of throwing a coin into the fountain and make a wish. Doing so means you'll return to Rome one day and find true love!

Continue walking the labyrinthine streets until you reach Piazza Venezia. As the city’s beating heart, this junction is where all of Rome's major thoroughfares connect. You can't miss it, as it sits at the end of the Roman Forum and is home to the Victor Emmanuel II Monument, built in the 19th century to honor the first king of unified Italy. Its sheer size and scope are awe-inspiring, but to locals, it's known simply as the "wedding cake" due to its white-washed exterior and wide, colonnaded portico.

Next, you'll head over to the Pantheon, one of the major icons of the city. Although this giant domed structure is currently a Catholic church, it predates Christianity. While the official date of construction is around 120 CE, most historians agree that there was a temple on this site as far back as 27 BCE. Interestingly, it's the only intact pagan temple remaining in Rome.

After touring the Pantheon, take an espresso or gelato break in the monument’s buzzy square. Then make your way to Piazza Minerva, a small (by Roman standards) square near the Pantheon known for its Elephant and Obelisk statue. This monument is the smallest of Rome's 12 obelisks, designed by the legendary Italian sculptor Gian Lorenzo Bernini (1598-1680).

The final stop is Piazza Navona. This plaza is home to another famous Roman fountain, the Fountain of the Four Rivers. Also designed by Bernini, it features four river gods gathered around a towering Egyptian obelisk. If you visit Rome during the Christmas season (mid-December to early January), you'll arrive at this plaza during the Mercatino di Natale. This special market is one of the most famous Christmas markets in Rome and all of Italy. 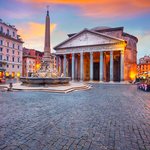 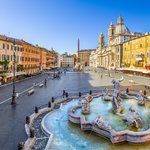 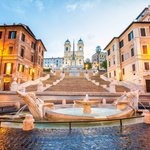 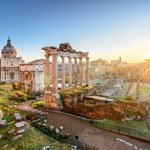 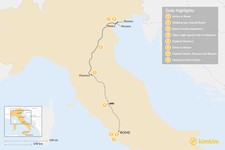 Discover the sights and delights of Italy on this week-long highlights tour. Visit Rome, the Eternal City, Florence the Renaissance Jewel and Venice one of the world's most romantic cities. Then head to the Tuscan countryside to taste its tradition, culture and famous Italian food and wine. 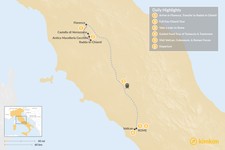 Spend six days visiting historical sites, eating delicious food, and relaxing in Italy. Start in Tuscany for a wine tour of the Chianti region and admire the beautiful villages of the Italian countryside. Catch a high-speed train to Rome and explore the Eternal City with visits to the Vatican City and Colosseum, then round out your trip with a food tour of the city's famous markets and gelaterias.

From the Sistine Chapel in Rome to eclectic artist neighborhoods in Venice, this 9-day trip is perfect for travelers who want to see Italy's top sights at a relaxed pace. Start in Venice to see the Grand Canal, then head to Florence to see Michelangelo's 'David' sculpture and taste Chianti wine in Tuscany. End your trip with three days in Rome for trendy wine bars, nighttime foodie crawls, and an exclusive tour of the Vatican City.

Highlights of Rome and Florence - 7 Days

Your trip to Rome and Florence starts with guided tours through Rome's historical core, Vatican City, and the Roman Forum, with walks through the Colosseum and to the top of Palatine Hill. Head to Florence to experience its historic squares, cathedrals, and museums, plus an Italian cooking class to learn how to make traditional pasta and dessert. End your trip in the Tuscan countryside with visits to Siena and San Gimignano, complete with walking tours and a wine tasting.

Your trip starts with tours through Rome's historical core, Vatican City, and the Roman Forum, with walks through the Colosseum and to the top of Palatine Hill. Head to Florence to experience its historic squares, cathedrals, and museums. End your trip in Verona, visiting the infamous romantic of Shakespeare's love story and the floating city of Venice.