Tucked between eight of the world’s highest mountains, Nepal is a mecca for extreme adventure. You can climb up, zip down, trek across and soar by some of the world’s most stunning landscapes.

Think of adventure in Nepal and mountain climbing is likely to be the first thing that comes to mind. Climbing Mount Everest certainly is the ultimate Nepal adventure. But only the most fit, most disciplined and most experienced climbers qualify for a crack at the summit. Climbers must withstand significant hardships, horrific weather, lack of oxygen and extensive fatigue. Those who make it to the top of the world stay less than 30 minutes, but earn the right to brag for a lifetime.

Fewer than 1,000 people make the Everest climb each year. But more than 100,000 people visit this enchanting country annually. Here are eight other ways to get a thrill in Nepal.

#1 Trekking to Where Few Have Trekked

Thanks to new roads, Dhorpatan, the high-altitude plateau in Western Nepal, is now more easily accessible. Trekking here is still a destination for the most adventurous; only a rare handful of foreigners visit the area each year. That means little has been spoiled in this region.

The local Magar people are intrigued by outsiders and happy to welcome visitors into their homes. This trek features amazing views of Dhaulagiri (the name means White Mountain) and offers the chance to see some rare wildlife, including snow and forest leopards.

If you prefer a less extreme altitude, try paragliding in Pokhara. Paragliders are lightweight, foot-launched, free-flying gliders with a canopy. Do it solo or in tandem with a pilot. Either way, it feels like you’re soaring with the hawks. You’ll float over a lake at 610m (2,000 ft) with a backdrop of some of Nepal’s highest mountains: Dhaulagiri, the Annapurna massif, Machhapuchhre, and Manaslu.

Plan your trip to Nepal
Chat with a local specialist who can help organize your trip.
Get Started
The longest zip line in the world in Sarangkot, just outside of Pokhara (Video credit: Bharat Golchha)

Set over the Bhote Kosi River gorge is the world’s tallest bungee jump. The 160m (525 ft) high bungee platform is located near the Tibetan border, about a three-hour drive from Kathmandu. The best time to make your leap is in the morning. Check out the photos from The Last Resort to get an idea of what to expect.

#6 Cycling in the Clouds

Bike trekking from Kathmandu to Pokhara is very popular, but Mustang is now considered one of the world’s best and toughest cycling destinations. Upper Mustang hosts the world’s highest altitude bike race, The Yak Attack.

Spectacular scenery and extreme heights literally take your breath away. This is not for the faint of heart.

#7 Running in the Mountains 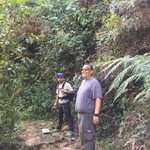 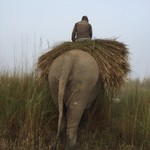 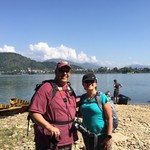 The sparkling, pristine blue and green waters of the Gokyo Lakes are one...
Nepal Tours & Itineraries

Most guidebooks state that spring and autumn are the best times for...

How Many Days Should You Spend in Kathmandu?

Maddeningly chaotic but never dull, Kathmandu is a melting pot of...

Syabrubesi is the gateway to the popular Langtang Trek, as well as other...