Nepal’s mountains are formidable, but Raj Gyawali says they can be accessible to almost anyone. Whether he’s leading a family tour, a special needs tour, or a niche tour, Raj says his trekkers will have the experience of a lifetime and leave Nepal with a sense of accomplishment.

“Families are totally fine for trekking,” says Raj, who has led Himalayan treks that included children as young as 3. In fact, the 3-year-old who trekked with Raj was an active participant who both walked and was carried by a porter “in one of those backpack chairs,” Raj said. “But the funny thing is the parents had a tough time and the children not because children have more energy.”

On another of his treks, Raj said he had a 5-year-old who “... proved himself like crazy. We had an extra porter for him, but he never used it. He learned a lot.”

Learning and engagement are critical to the success of any trek, but they are especially important when children are on the trail. Raj believes that a successful family trek depends on a combination of factors like group’s level of fitness, the kids’ personalities and family dynamics. “All those things make a big difference,” he says.

Raj leads as many as four family treks per year. “Just a week ago, we were up in the mountains and my daughter, who is just over 7 now, really surprised me with 18 kilometers in 5 hours,” he says. “She was bored at times, but energy wise, it was not an issue. It is all about engagement.”

Raj does have one big caveat for people considering family treks: “When you are going to high altitudes you have to be a bit careful about children, who will not express pain. You also have to consider parents who do not understand how their children react in a high altitude situation, so you just avoid higher altitudes,” he says.

Symptoms of altitude sickness can include headache, loss of appetite, and trouble sleeping. Altitude sickness most often occurs when people go from lower altitudes to 8,000 feet or higher too rapidly. The air thins the higher you go and breathing gets faster to compensate, which can cause headaches. Experts recommend gradual and prudent acclimatization.

Trekking for the Ages

Trekking has no age limits, Raj says. “For older people, we modify hikes so there is good road access. But the older people who come to Nepal know what they can do and some of them are really tough hikers. They come with a new knee or a new hip and off they go. Age is never an issue,” he says.

Raj says his oldest hiker was 83, “... but we take many people in their 70s. What we will do for older people is work on multi-activities,” he says. “That will include a few hikes, culture, staying a bit longer in villages. It works really well.”

“Nepal is not all mountains,” Raj says. “The impression when you come to Nepal is that it’s all about height, but we can adjust the terrain to the needs of the people.”

He has led treks that included disabled children, a woman who was 80 percent visually impaired, and an obese man. He says he easily could see an amputee with a blade being able to trek as well as an athlete who uses a wheelchair. “They have all these special wheelchairs now, but it’s tough,” Raj says.

“It all depends on the person. What I’ve learned is that it is far easier to take special needs people on treks than it is to take regular people,” he says. That’s because people with special needs are accustomed to physical challenges and they will be upfront with what they can and can’t do. Able-bodied people assume they can handle anything and will suffer in silence but get angry later, he says.

One group of Raj’s special needs trekkers prepared for a year before the trek while the others in the group did not. “The regular people thought ‘Oh, we’ll be fine.’ Of course they were not. The people who had the toughest time were the regular people.”

Raj believes that the best way to do special needs trekking is in a group with mixed abilities. “Don’t only take special needs people but also caretakers and others,” he said. “That makes for a nice little group and lots of learning, laughter and fun. It’s very challenging, but when they can conquer it—we’re not trying to do Everest—the satisfaction level is very, very high.” 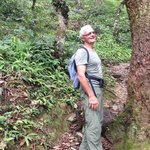 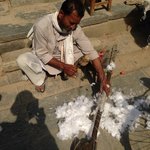 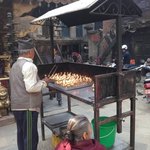 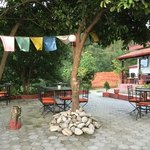