Pokhara may not seem far from Kathmandu (the cities are only 126 miles / 204 km apart), but the Nepali terrain and road quality make for a very long drive. That's why many travelers opt to fly. Here are your options for traveling between the two cities, either by air or road.

Flying is by far the quickest and most comfortable way of traveling between Kathmandu and Pokhara and highly recommended if you're short on time. Numerous flights leave each day from the domestic terminal of Tribhuvan Airport and take only around 30 minutes. It's a very scenic flight, especially if you sit on the right-hand side of the plane, so you can see the Himalaya. When flying, you're likely to arrive feeling energetic and with plenty of time for activities the same day, which can't really be said if you make the trip overland.

Flights run daily, with the last flight (either direction) leaving around 3:30 pm. Costs vary by season and depending on how you buy them. If purchasing online, you should expect to pay about $125 USD, one-way, and it's generally easier to include these flights as part of your tour. (Keep in mind, airfare rates change frequently.)

Aside from the higher cost, the downside of flying is that flights can often be delayed due to poor weather, or because of delays with incoming flights.

All forms of road transport take you along the same road from Kathmandu to Pokhara, so one option isn't necessarily faster than the other. The main factor that will affect your journey is traffic around the Kathmandu Valley depending on the time of day.

The benefit of taking a private vehicle is that you can ask the driver to stop whenever you like and smaller vehicles tend to be able to move through the traffic a little faster than larger buses. Private vehicles come with their own driver.

Jeeps have 7-8 seats and are the largest and most comfortable private vehicle. Expect to pay around $250 USD, one-way.

Private cars have four seats and are around $145 USD, one-way. If you'd like to have a car with air conditioning, expect to pay a bit extra.

The majority of tourist buses leave from Kathmandu's Kantipath Road (near Thamel) at 7 am and cost $6.50 USD (Rs. 700). It's not always necessary to pre-buy a ticket from the company or a local travel agency, although in the peak season or if you're traveling with a large group it's a good idea to do so. Although several companies offer the same service, most offer the same level of comfort: a free bottle of water, air conditioning, onboard Wifi (which usually doesn't work), and reasonably frequent rest and food stops.

The more luxurious Greenline Bus leaves from a small bus park opposite the Garden of Dreams in Thamel, at 7.30 am. Tickets are $25 USD, so significantly higher than the other tourist buses. This price includes a buffet lunch and travel insurance, as well as an indoor waiting room at the bus park. Comfort stops are made along the way at slightly higher quality places than the other tourist buses.

Tourist buses aren't necessarily any faster or slower than other road transport, but they are a slightly safer option, as the standard of driving is a bit better than average.

Public buses are the cheapest option, at around $4 USD (Rs. 450), one-way. You can catch a full-size bus or a smaller microbus. They leave throughout the day, roughly every half an hour, and mainly from the Gongabu Bus Park. Public buses aren't necessarily any slower than tourist buses — in fact, they're often a bit faster as the drivers don't seem to stick to any speed limits, and they make fewer comfort stops. But they are much less comfortable than tourist buses, with no air conditioning, old seats, loud music and usually people and luggage filling the aisles. It's only really worth taking a public bus over a tourist one if you're on a very tight budget, or if the early morning departure of the tourist buses is a problem. 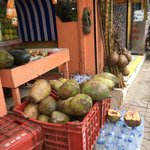 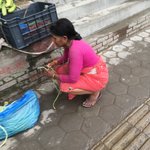 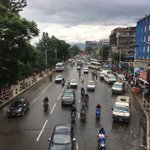 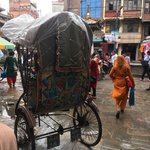 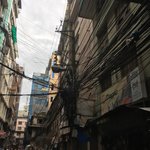 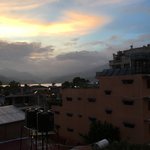