Learn about Rhodes' Jewish heritage, starting with a walking tour of Europe's best-preserved Jewish cemetery. Your guide will share the island's Jewish history and highlight important figures throughout the centuries. Then, you'll head into Rhodes Town's Jewish Quarter.

After passing through the medieval city gates, you'll explore La Juderia, the Jewish Quarter, and make your way toward Al Chatef Street. Named after a family that once lived in Rhodes, the street will take you to the Kahal Shalom, the oldest synagogue in Greece. Unlike most typical Sephardic Synagogues, the Kahal Shalom has two hekhals (Torah arks) on either side of the door that leads to its courtyard.

Next, visit the Rhodes Jewish Museum and view its expansive collection of historical artwork. Your guide will take you to the 800-year-old Torah, claimed by historians as one of the world's oldest. Sephardic Jewish refugees from Spain and Portugal brought the ancient book to Rhodes.

Other tour highlights include the famous Sea Horse Fountain in the Square of the Jewish Martyrs, plus a visit to the Holocaust Memorial for the Jewish victims of Cos and Rhodes killed in concentration camps. In multiple languages, the memorial reads, “Never forget. In eternal memory of the 1,604 Jewish Martyrs of Rhodes and Cos who were murdered in Nazi death camps.”

Read more about unique and interesting activities in the Greek Islands and historical experiences in Greece. 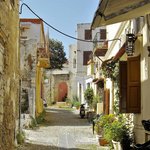 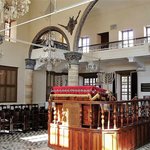 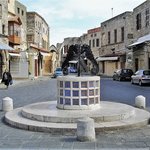 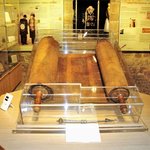 Valley of the Butterflies Bike Tour on Rhodes

Explore the scenic Valley of the Butterflies by bike. You'll follow a...

Explore the popular and sandy beaches along Anthony Quinn Bay in a sea...

Hike to Nymph's Spring on Rhodes

Enjoy an easy hike to the scenic Nymph's Spring by following a slight...

Discover the Beaches & Villages of Rhodes

Discover the picturesque and charming beaches and villages of beautiful...

Explore Rhodes' eastern beaches in the comfort of a luxury catamaran,...